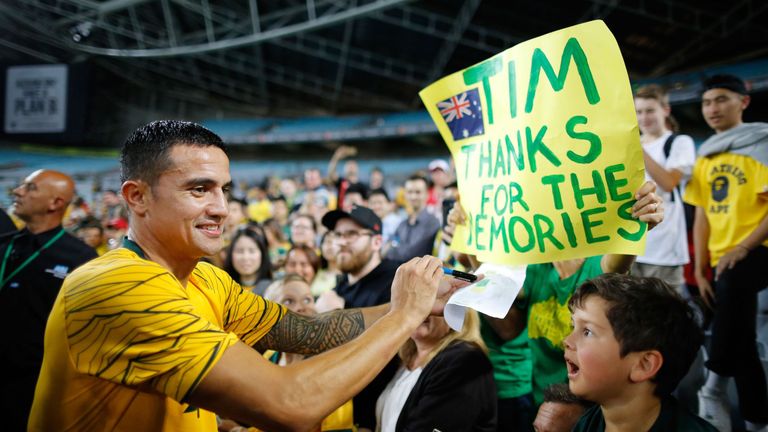 Australia bid farewell to Tim Cahill with a comfortable 3-0 win over Lebanon in their last friendly on home soil before their Asian Cup title defence in the United Arab Emirates early next year.

Scotland-born winger Martin Boyle scored twice on his first international start to give the Socceroos a 2-0 lead at half-time and Mathew Leckie added the third goal in the 68th minute.

The night, though, was all about Cahill and a huge roar went up from the crowd at the Olympic Stadium when he came on to win his 108th and final cap for his country in the 82nd minute.

Looking sprightly despite approaching his 39th birthday, the last survivor of Australia’s ‘golden generation’ was cheered every time he touched the ball but was unable to add to his record tally of 50 international goals.

“This is the only time you’re going to see me cry,” an emotional Cahill said at a post-match presentation.

“Every time I wore the green and gold, I played with my heart and I never left anything on the pitch. Thank you very much Australia.” In 15 years as an international, Cahill scored five goals at four editions of the World Cup finals – including the first ever by an Australian – and also helped the Socceroos to their Asian Cup triumph on home soil in 2015.

The lack of a consistent goalscorer has long been earmarked as a problem for Australia in the post-Cahill era but Boyle, whose father was born in Sydney, indicated that he might be at least part of the solution.

Coach Graham Arnold made wholesale changes to the side that drew 1-1 with South Korea on Saturday and Boyle, who made his debut off the bench in Brisbane, grasped his opportunity with both hands. 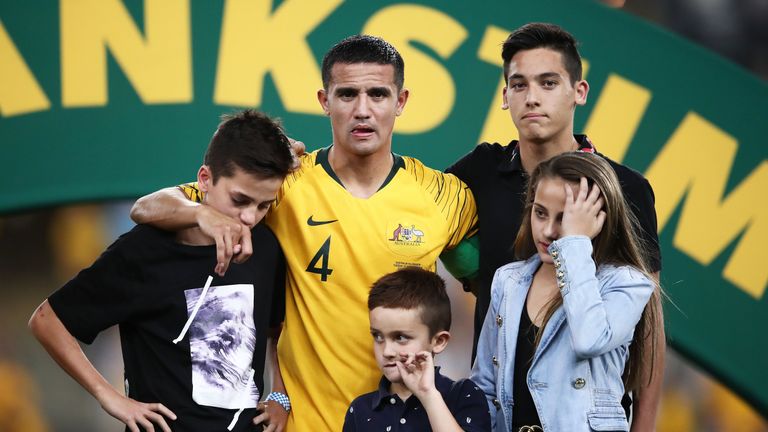 Lively from the start, he opened the scoring in the 19th minute when he surged down the left flank, cut inside and unleashed a shot which took a healthy deflection off the back of defender Joan Oumari and ballooned into the net.

His second was a tap-in four minutes before halftime after Milos Degenek had glanced Aaron Mooy’s corner onto the crossbar with a powerful header.

Leckie, one of the forward talents Australia hope will develop the scoring touch at international level, extended the lead with a fine half volley from a Boyle pass two minutes after coming on as a substitute. 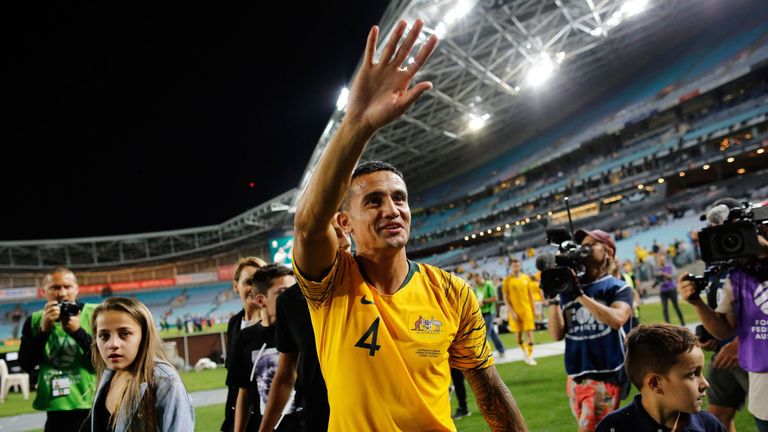 Lebanon, who will make only their second appearance at the continental championships in January, defended stoutly but offered little in attack despite the noisy backing of a big contingent from Sydney’s large Lebanese community.

Skipper Hassan Maatouk was their biggest threat and had the best chance to score but lashed his shot across the face of the goal from a tight angle in the 84th minute.