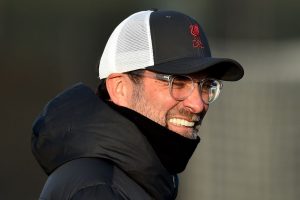 Jurgen Klopp has made three remarks ahead of Liverpool’s clash with Chelsea that will leave fans worried.

The German is looking for his side to continue the moment from their 2-0 win against Sheffield United with a win at Anfield.

It would also put them back in the top four, leap-frogging the Blues and West Ham.

Victory would also mean Liverpool securing back-to-back victories for the first time since the end of January.

But Chelsea will provide a challenge, remaining unbeaten under Klopp’s compatriot Thomas Tuchel since his arrival nine games ago.

A first in his career

Klopp’s biggest challenge this season has been the well-warmed injury bench, with star defender Virgil van Dijk the biggest loss.

With seven senior players out of action last month, it has proved something keeping the manager up at night.

“Most of the problems are as a result of the injury situation,” the Liverpool boss said.

“This year we have faced completely new problems. I have never in my life – and I have been doing the job for 20 years – had to change the last line every week.

The Blues are one of the most in-form teams of the Premier League right now, with four wins and three draws in their last games.

And the impact of the injury crisis has put the champions on the back foot, especially against Big Six sides.

Klopp said: “We can still defend in a game but the way that we have to adapt is changing the whole balance of the team.

“That sounds really football-specific but someone who is in it and has done the job would tell you that it is true. That has been a massive challenge.

“Particularly when you are constantly facing top-class teams.

“It is not just that you are having to adapt to something, it is that the other teams do not have to adapt and can just play on a good day their best football and on another day their second-best football.”

Klopp has often got into arguments live on TV about this season’s schedule – and it has seen the manager make some drastic decisions recently.

The 53-year-old said: “We had a situation on Friday night.

“We trained all week, or the few days that we had to train, with one specific line-up and then overnight we had to change it completely.

“That is another big thing to do that is common in football but we have had it plenty of times.

“People might say that is an excuse. I could not care less, to be honest. We do not use it as an excuse but if you ask me the question then it is the explanation for why things changed.”