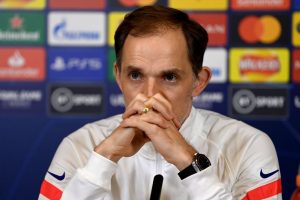 Thomas Tuchel will ditch a strict pre-match routine to let his Chelsea players gear up for Real Madrid with a night off.

The Blues boss often insists on his side meeting up at the team hotel the night before a big game.

But Tuchel has decided to let them unwind at home with their families instead in a bid to ease the tension ahead of this Champions League semi final.

He said: “The players will sleep at home and then go to the hotel. So we will meet for lunch and that gives us another seven hours together in the hotel.

“This is enough time for me to have meetings, several hours of rest. Say somebody had a late night or doesn’t sleep well, we will still have a lot of time to recover.

“When we have evening games I sometimes feel it will increase the tension if you go to a hotel the night before.

“So let them go home, let them be a bit distracted and we will have a meeting, go for a walk at lunch and we will still have seven hours together.

“When you have a season of 60 or so matches which we have, spending so much time away from home, we try to reduce the time in hotels.”

Speaking before the game, Tuchel also heaped praise on N'Golo Kante, who he admitted would be key for the second leg.

He said: “He is the guy you need to win trophies, that is why I am so, so happy he is here.

“I have dreamed about this player, fighting for this player at any club I was coaching at and now he is my player.

“For me he is an example, an unbelievable input for any team in the world. He will be key.