Home » Thomas Tuchel: Chelsea head coach feels 'part of the family' as he aims to prove he deserves long reign

Thomas Tuchel: Chelsea head coach feels 'part of the family' as he aims to prove he deserves long reign 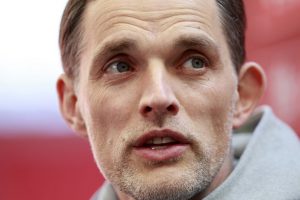 Thomas Tuchel has admitted his personal expectations are driving his pursuit of an extended tenure in charge at Chelsea.

The German head coach signed an 18-month contract in January with the option for the club to extend it when he replaced Frank Lampard in January.

Tuchel has since led Chelsea to the FA Cup final and Champions League semi-finals, while they are firmly in the race for a top-four Premier League finish as he seeks to imprint his philosophy.

The former Paris Saint-Germain and Borussia Dortmund boss said he was initially anxious about the length of the contract offered by the Stamford Bridge hierarchy, but he has since reassured himself he is “at the right place”.

“I had these concerns and after 15 minutes I said to myself it changes nothing how many years the contract says,” Tuchel said after Chelsea’s 1-0 win against Manchester City in the FA Cup semi-final at Wembley on Saturday.

“I demand to deliver, to have an impact and be the best I can.

“If I deserve to stay, I want to stay as long as possible. I feel like part of the family, it is super professional, we have unbelievable support and I want to fight on the touchline with this team.

“I don’t care what the contract says. If I deserve to stay longer, I will stay longer. I feel free and good, I’m at the right place. If I want to stay long, I need to deliver week in, week out.”

Tuchel made Blues history by overseeing a 14-game unbeaten run at the start of his reign, before a shock loss at home to West Brom earlier this month, but his side has since responded to maintain hopes of a European and domestic cup double this season.

Chelsea could move up to third in the Premier League with a victory at home to Brighton on Tuesday, live on Sky Sports.