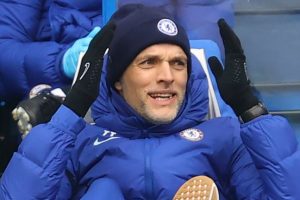 Chelsea boss Thomas Tuchel has reflected on the “dark place” a defeat to Manchester United put him in during his time in charge of Paris Saint-Germain.

The German will face a familiar foe in the shape of Ole Gunnar Solskjaer at Stamford Bridge on Sunday, live on Sky Sports, in what will be his fifth meeting with the former Red Devils forward in just over two years.

It remains honours even between Tuchel and the Norwegian with two wins apiece but one particular loss in the Champions League proved tough for the 47-year-old to swallow.

After a 2-0 victory at Old Trafford in the round-of-16 first leg on February 12, 2019, PSG were left stunned at Parc des Princes three weeks later when they conceded a penalty in stoppage time to suffer a 3-1 defeat and exit the competition on away goals. Tuchel said: “I can be very honest, after that match I was two days in a very dark place and I can tell you I was not able to speak to anybody and to think about anything else than this defeat.

“That maybe was the worst defeat that I experienced because it came from nowhere. It was, in a way, in the circumstances that it arrived. I was for two days in a dark place for a coach to be at.”

It remains the only time the former Borussia Dortmund head coach has felt that low after a result but he admitted it proved a crucial learning experience.

PSG were able to bounce back and win the Ligue 1 title months later. In the following European campaign, they almost completed the ultimate redemption but lost out to Bayern Munich in the Champions League final last August.

“I didn’t experience anything like this ever again or before,” Tuchel revealed. 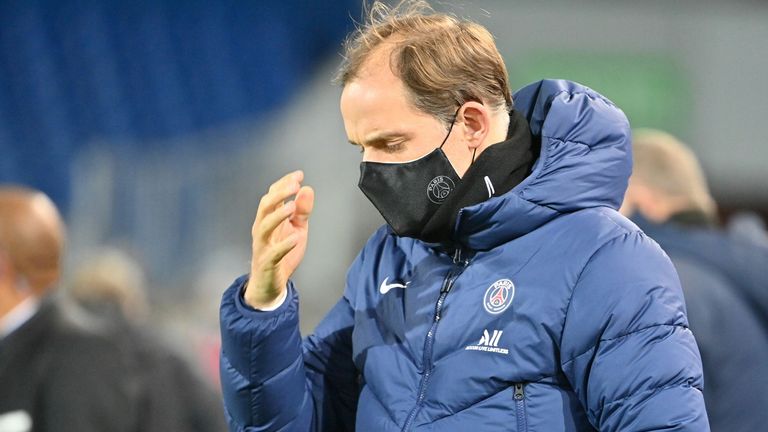 “It was in the circumstances, this game, how we arrived there, the pressure around the club concerning the round of 16, the history before and the result of the first match and the way the second match went with the VAR decision in the last minute.

“It was like it came from absolutely nowhere and that’s why this hit was hard to take. But, like I said, I was two days in a dark place but then we gave the players two days off and I think that was the best for everybody. 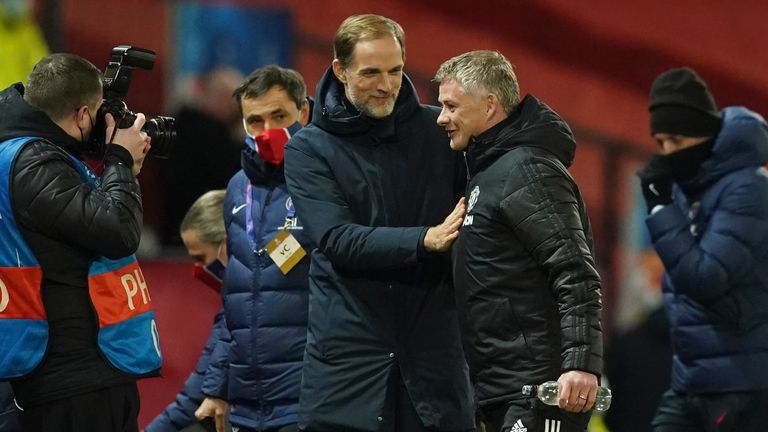 “After that, it’s like this in sports, it can teach you that you have to stand up and accept that a defeat is sometimes necessary to grow and develop and to ask yourself decisive questions.

“That can hurt and the reward was one year later, it was almost the perfect reward when we arrived in the final and we came a long way for that. It was through adversity and it’s often said that it makes you stronger.”

Dismissed by PSG in December and appointed by Chelsea a month later, one of Tuchel’s main short-term goals is to ensure the Blues are in the Champions League again next season.

Victory over United would reduce the gap between the teams to three points and the experienced coach refused to play down the importance of the fixture.

Unbeaten in eight games since he replaced Frank Lampard, the German conceded like most in the industry, he does not take defeats well.

Tuchel added: “Am I a good loser? So, so. Maybe not so much, but show me a good loser on this level and winning drives us.

“Everything else in the first moment is hard to accept. Sometimes easier, sometimes worse but I would love to turn it around.

“We love the competition and we love to win and we love a good fight for it and this is what we will hopefully get on Sunday.”