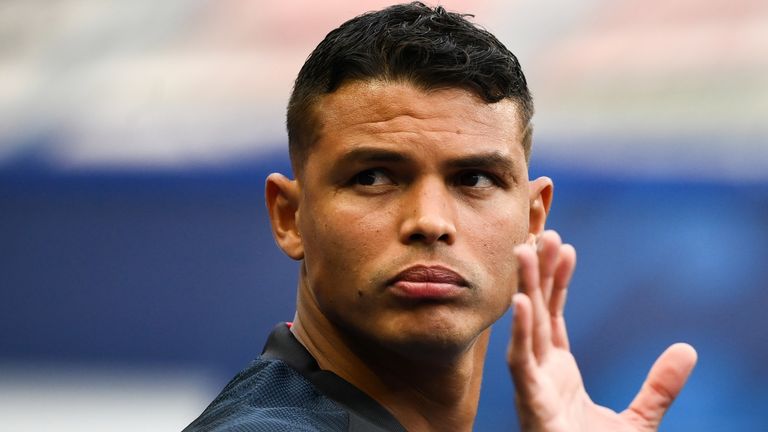 Thiago Silva is due to undergo a Chelsea medical in Milan on Thursday – despite last-ditch efforts by Paris Saint-Germain to offer him a new deal.

The finishing touches to an offer have been agreed between Chelsea and the 35-year-old Brazilian in the past 48 hours.

After undergoing his medical in Milan, the centre-back is then expected to fly from Italy to London on Friday to begin a 14-day period of self-isolation before joining up with Frank Lampard’s squad.

Although joining on a 12-month contract, it is believed the Brazilian could stay at Stamford Bridge for a further season.

PSG manager Thomas Tuchel remains a huge advocate of Silva – and has continued this week to try to keep the former AC Milan defender in Ligue 1 for a ninth season.

One source is Brazil has told Sky Sports News relations between Silva and Leonardo had deteriorated, prompting Silva to want a fresh challenge at Stamford Bridge in the Premier League. 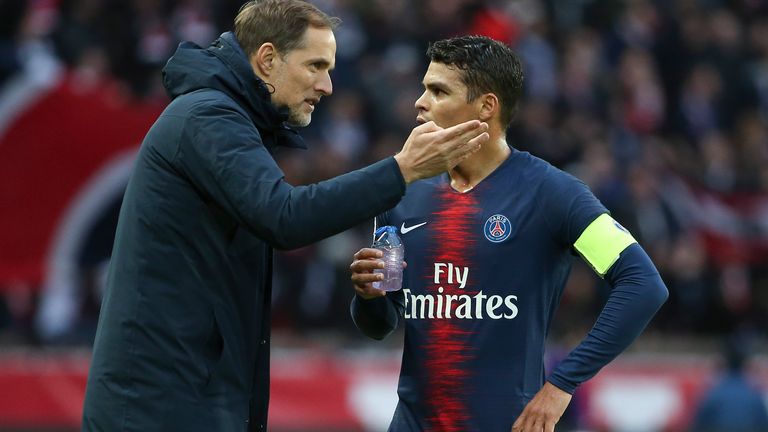 Chelsea have been keen to strengthen having been banned from signing players last summer.

The London club completed the signing of left-back Ben Chilwell from Leicester for £50m on Wednesday, with the England international arriving at Stamford Bridge on a five-year-deal.

The Blues also remain in talks with Bayer Leverkusen to sign their forward Kai Havertz before the start of the new season.

Silva won seven Ligue 1 titles during his time in France, but leaves the club having failed to achieve the European success desired most in Paris.

Analysis: ‘Thiago Silva is what Chelsea have been missing’ “Anyone who watched the Champions League final, Thiago Silva, even though he’s 35, he’s still an exceptional centre-back. He’s got leadership qualities, he’s got so much experience, and what Chelsea have really been missing at the back is that kind of experience.

“They’ve got quite a few young centre-backs, and I don’t think Frank Lampard has been totally convinced by any of them. That’s why he’s wanted someone with experience and Thiago Silva is available.

“He wants to move to London, he wants to play in the Premier League, and he wants to carry on playing because he still thinks he can play for Brazil in the next World Cup. 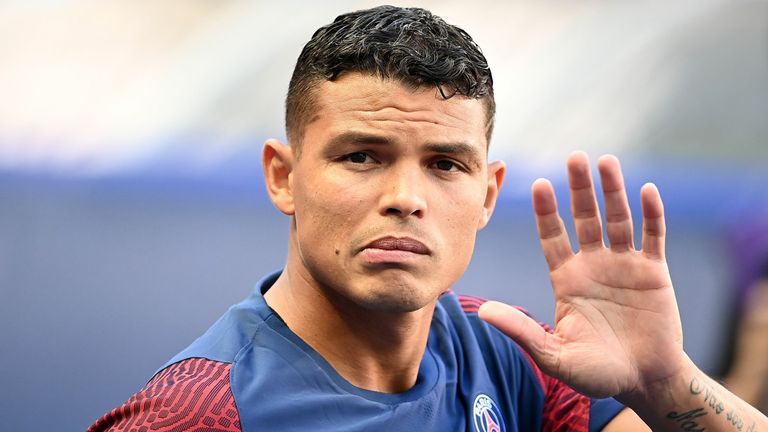 “If you look at Chelsea’s defensive record, no one conceded more goals than Chelsea in the top half of the Premier League last season. They conceded 54 goals and with Thiago Silva in the side, he can address that problem.

“In the past, we have seen Chelsea have experienced centre-backs. I am thinking of players like Marcel Desailly, for instance, and the impact they have had at Stamford Bridge.

“I do not need to speak Thiago Silva up, everybody knows how good he is. The only question mark I would think about him going forward is can he maintain that level? He’s going to be 36 next month but watching him in the Champions League final it looks like a great signing for Chelsea.” 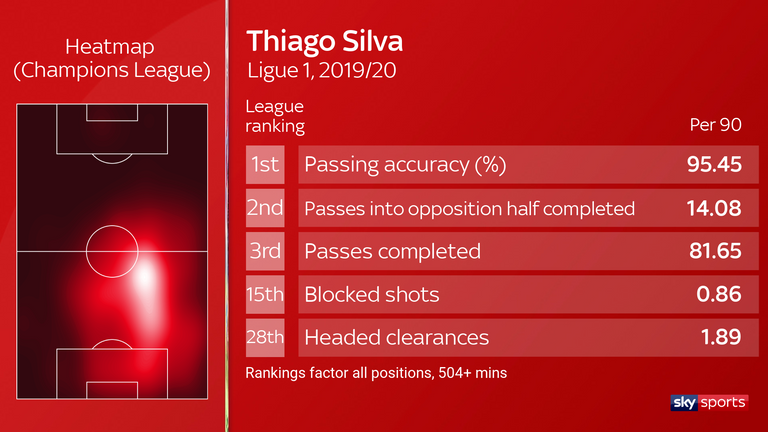 “It is, in many ways, a measure of the paucity of centre-back options out there that Chelsea are turning to a 35-year-old who turns 36 next month. But on a free transfer having reached the end of his contract with Paris Saint-Germain, the Brazilian could still prove an invaluable addition.

“Silva showed he can still cut it at the highest level in Sunday’s Champions League final. The result was ultimately disappointing for him and for PSG, but SIlva was instrumental in keeping Robert Lewandowski quiet for long periods and coped well with Bayern Munich’s pacey wingers too. “Those defensive qualities, coupled with his ball-playing ability, make him a good fit for Frank Lampard’s side but what should be even more useful is his experience – especially in a Chelsea backline which lacks it.

“Silva is, after all, a serial winner. He lifted the Serie A title with AC Milan in only his second season in Europe and, since his move to PSG in 2012, he has been a part of 23 domestic trophy triumphs. Chelsea are crying out for some leadership and knowhow at the back and Silva will also be able to mentor the many young hopefuls aiming to break into Lampard’s squad. His age means he is not a long-term solution, but he has plenty to offer in the short-term.”