The struggling Man Utd, Chelsea & Arsenal stars who must kickstart their season 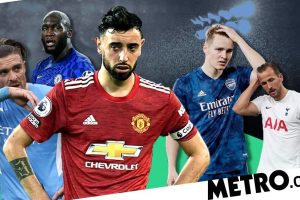 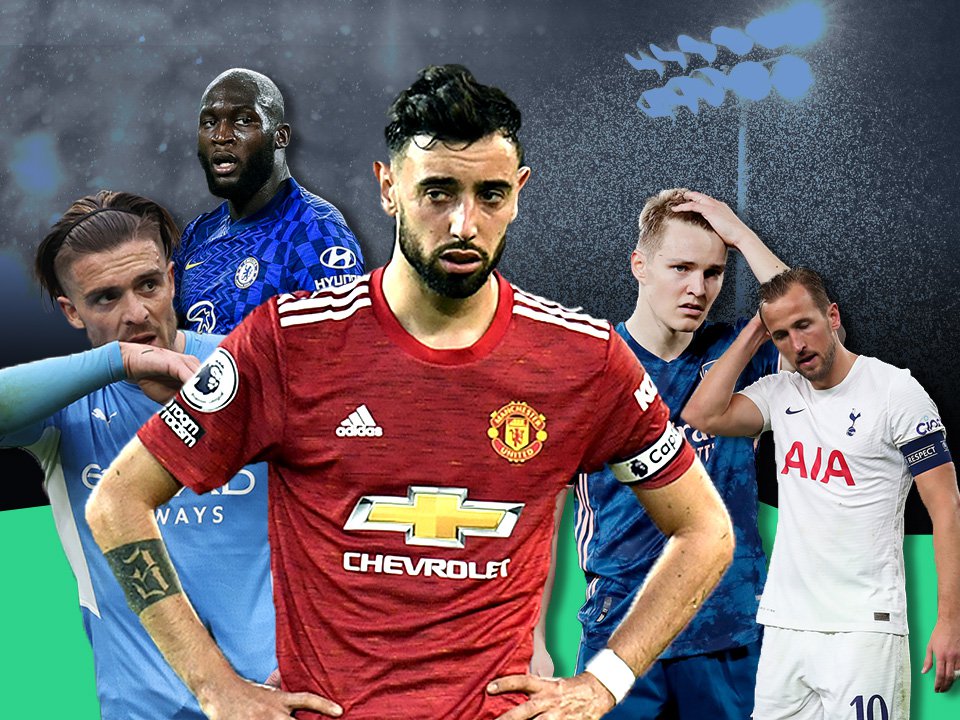 In a first half of the season interrupted three times by international breaks, some of the biggest names in the game have failed to scale the heights expected of them when the campaign began.

Be it lack of fitness or opportunities, trying to settle at a new club, appearing to struggle with life at the same club or simply failing to maintain their previously lofty standards, here are nine men who will hope to finally hit their stride as the focus returns to Premier League football this weekend.

Although most strikers would be happy with a return of 17 goals in 21 appearances in all competitions for club and country this season, the England captain is the first name on an unenviable list.

Just one of those goals, plus one assist, have come from ten Premier League appearances for Tottenham. At this stage last season, he had scored seven with nine assists when his partnership with Heung-min Son was flourishing.

Kane’s demeanour since Spurs refused to let him move to Manchester City has been constantly questioned — and dominated Nuno Espirito Santo’s brief reign. He was still largely anonymous in the 0-0 draw at Everton before the international break, Antonio Conte’s first league game in charge, but the fact Kane says the Italian’s appointment shows ‘great ambition’ will encourage Spurs that Harry’s return to club form (he’s scored seven in a week for England after all) is only a matter of time.

Another man who probably sought refuge in the international break although even scoring the opener against Albania didn’t save him from criticism from Roy Keane and Ian Wright for cupping his ear at his critics. Keane called that ‘embarrassing’ having lambasted Maguire for ‘talking like a robot’ after matches in Manchester United’s miserable run.

There is no doubt the £80million defender has struggled this term, a hasty return from a calf problem hindering his form, although he is far from alone at United. Luke Shaw is another who has gone from a Euro 2020 hero to something approaching zero. That 5-0 home defeat to Liverpool will be a millstone around their neck for some time yet.

While Maguire has taken brickbats from all directions, the Liverpool centre-back himself has admitted there is ‘still a lot to improve’ having returned from an anterior cruciate ligament injury suffered just over a year ago. The Dutchman’s absence was a major reason why Liverpool’s defence of their title turned into something of a damp squib but even with Van Dijk back, those defensive frailties have not magically disappeared. He struggled against Manchester City and West Ham gave Van Dijk probably his toughest afternoon yet as they won 3-2 at the London Stadium although the defender’s courage in going for 50-50 balls is not in doubt.

‘I don’t think there are a lot of examples of a player who had an ACL and complex knee injury that gets back to his best after a year,’ he said.

Things felt so different when Fernandes scored a hat-trick in United’s 5-1 opening-day thumping of Leeds and there was no challenge to his status as the main man at Old Trafford.

Fernandes racked up 28 goals and 17 assists in all competitions last season but that sensational form has dipped since Cristiano Ronaldo arrived at the end of August. Rather than it being a case of his nose being put out of joint, there must be questions about the impact Ronaldo’s presence has on his younger compatriot’s performance and mood, Fernandes having also disappointed at Euro 2020. His body language has not looked great when he has been shunted away from his preferred central role and the dip in form even saw him left out of Portugal’s 2-1 defeat to Serbia last Sunday which condemned them to the World Cup play-offs.

Left his boyhood club Aston Villa to play in games like the Manchester derby, but the £100million man was left on the bench. There have been plenty of flashes of the playmaker’s ability but one goal and two assists from his first nine league appearances are hardly numbers to justify City’s record-breaking outlay.

Nor have been the performances when the 26-year-old has strayed from the position on the left of the front three in which he was so effective for Villa. Pep Guardiola’s attempts to use him in midfield and as a false nine have both lasted for one game apiece.

‘He is focused on what he has to do. I am pretty sure he will improve,’ said the City boss. It seems even £100m doesn’t buy the finished article nowadays and, so far, the sense of loss he has left behind at Villa has been greater than his impact for City.

Became Villa’s record signing when he arrived from Norwich for £35m, with the playmaker perhaps as close as they could get to a direct replacement for Grealish. The 24-year-old has shown ability but he was not offered the same platform, with former boss Dean Smith having tried to incorporate two strikers with Buendia, when he hasn’t been left out, the most advanced midfielder.

Fifteen goals and 17 assists from the right-hand side of Norwich’s attack were pivotal to them romping away with the Championship title last season and he was the fourth-best creator of chances in his previous Premier League campaign. Like Grealish, his summer move hit his former club hard.

A failure to get a tune out of Buendia in the first third of the season contributed to Smith getting the sack from Villa and he will hope Norwich’s Chelsea loanee Gilmour is more in keeping with his relationship with Grealish.

Even when Norwich were losing game after game, Smith’s predecessor Daniel Farke was reluctant to use the highly rated 20-year-old, whose last three appearances have seen him on the winning side for Scotland. Should Gilmour not get regular game time, he is likely to be recalled by Chelsea in January, hardly the expected outcome when he arrived in the summer.

Given the immediate impact Lukaku made upon his £99.7m return to Chelsea from Inter Milan, this may feel like a harsh selection. But after four goals in his first four games, the big man’s form was dipping to such an extent before his ankle injury that he had gone seven games without scoring.

Before his injury, Tuchel felt Lukaku’s gruelling schedule, having featured for Belgium at Euro 2020 and in the Nations League, had taken its toll.

Lukaku is not expected to return for another week or two and if he comes back refreshed, he may well end up being the final piece of the jigsaw he was lauded as when he arrived for his second spell at Stamford Bridge.

Signing the Norway playmaker felt like a no-brainer when he arrived at Arsenal from Real Madrid for £30m in the summer on the back of some impressive performances on loan last season. But having been pushed into the background in Madrid, he has not exactly been front and centre of Arsenal’s revival this season.

‘I haven’t played as much as I wish,’ admitted the 22-year-old, whose last three Gunners appearances have come off the bench. And, since his wonderful free-kick winner at Burnley, he has not been getting the breaks. When he thought he had made an impact as a substitute by sealing victory over Watford in the Gunners’ last game, Pierre-Emerick Aubameyang’s unnecessary touch saw the goal ruled out for offside.

How to get your Metro newspaper fix

Metro newspaper is still available for you to pick up every weekday morning or you can download our app for all your favourite news, features, puzzles… and the exclusive evening edition!