Rangers are nine points clear at the top of the Scottish Premiership and are yet to lose this season, and Walker has been impressed with their defensive record, with Steven Gerrard’s side conceding just three league goals in 13 matches.

He told the podcast: “The biggest thing for me with Rangers is the lack of opportunity they give their opponents. It’s a remarkable amount of clean sheets that they’ve got and maybe they were just a bit uncomfortable in the last five or ten minutes [against Kilmarnock] but they’ve got someone like Allan McGregor in goal. That’s the stat that jumps out at me.

“When you’re hanging on with a 1-0 advantage, the fact that you give so little opportunity for the opposition to score, that gives your midfielders and strikers a lot of heart. Sometimes, when you want to win a title, you need a 1-0 victory to take all three points whether you play good, bad or indifferent.

“Rangers weren’t at their best at the weekend but they got the job done and it’s onto the Hamilton game now after Europe.”

However, Boyd did point out an area for improvement, adding: “I don’t think we’ve seen Alfredo Morelos at his best recently. Ryan Kent’s form might have dipped a little bit, but he’s still working for the team. Whoever comes in on that right-hand side, it’s a position that is up for grabs. It was Cedric Itten at the weekend, we’ve seen Kemar Roofe through the middle and Ianis Hagi coming in there. 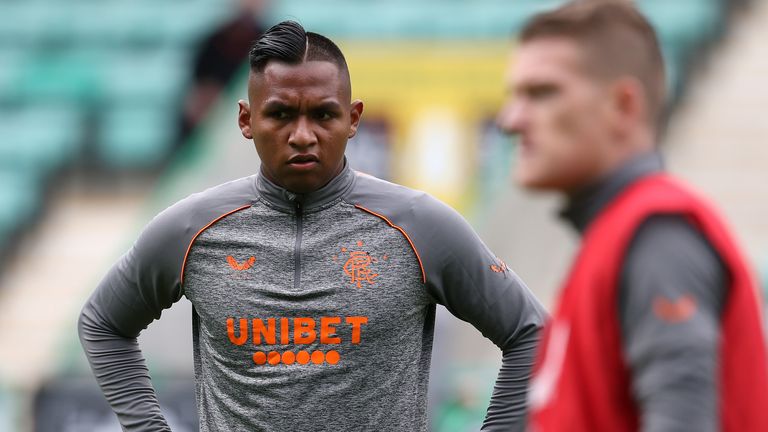 “Jermain Defoe also came in against Livingston, scored the goal and Roofe started in the European game. The team is playing well enough to create opportunities, they’re getting goals and getting over the line, but I think that central, No 9 role is up for grabs, especially with the last few performances from Morelos. I don’t think it’s at the level it should be to lead the line for Rangers.”

But the Sky Sports pundit has been impressed with the depth of the Rangers squad as they push for their first Scottish Premiership title in ten years.

Boyd told The Scottish Football Podcast: “I think one thing that does stand out is the competition for places within Rangers. When you look at even the bench on Sunday, it was all international players now and that is a massive thing if you’re going to challenge.

“Celtic had it for years, whoever was the manager was able to look around and make a substitution with an international player, and I think that’s what Rangers have got as well. If you start one week and not the other, you’ve still got the opportunity of going on the field.”

Boyd: Why would you risk everything for one night out?

While the playing side has been relatively smooth for Rangers, an off-field issue has been the centre of attention this week after Jordan Jones and George Edmundson were suspended pending an investigation after they breached Covid regulations.

The club released a statement on Monday saying the players had attended a “private gathering with others outside of their household” on Sunday evening.

Boyd gave a strong view on the situation, telling The Scottish Football Podcast: “I don’t know what they were thinking to be brutally honest. I’m not going to sit here and criticise them for having a drink because I’ve done that myself, but in the times we’re living in right now, it’s stupidity and to think you’re going to get away with it as well.

“The only saving grace from Rangers’ point of view is that they had the day off the next day and they did not enter the training field and put the rest of their team-mates at risk. 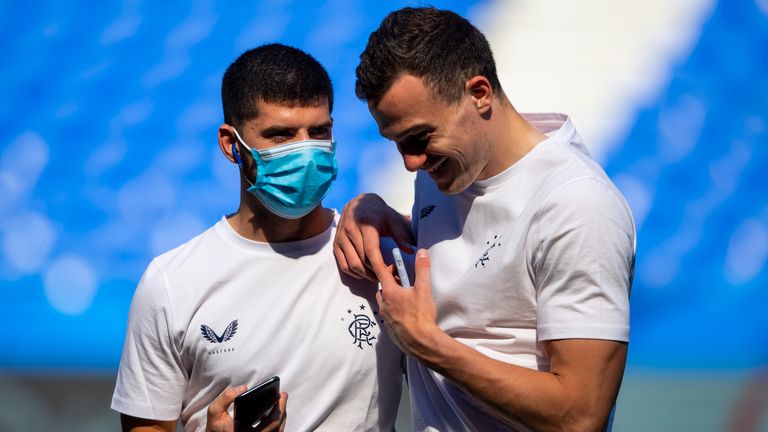 “All I hear is people saying they’ve not been given a fair crack. You turn up on the same day of pre-season as the rest of the squad, you have the exact same training time and if you come in and perform like that and then you’re not in the team, you’ve got to ask yourself why.

“With the size of the Rangers squad, there’s going to be weeks when you play, then you might be out for two, then you might be back in. Yes, there are five or six there that are guaranteed to play more or less every week but why you would want to work ever so hard to risk it all for one night out? I don’t get it. You work so hard to get to that level and then you’ve thrown it all away.

Walker added: “They’re bit-part players, squad players if you like. Jones came in against Motherwell and I thought played really well. I thought he might have a new focus and a new look about him, I thought he might’ve wanted to really contribute, you felt like he might get his head in the right place.

“He was a player that could come in for Brandon Barker, Hagi and Kent and maybe play his part from time to time, but this has set him back enormously. I don’t know if he’ll be able to come back.

“Edmundson is the same. He came on at Motherwell as a sub, although he scored an own goal. He was an option for Steven Gerrard to go to – but he’s not now. In this day and age when you need all your players to contribute, I think it’s a huge blow for Rangers.”

There have been some reports that Dundee United could ask some of their squad to take wage cuts as the coronavirus pandemic continues to impact football.

However, there were some aspects of the proposals that did not sit well with Boyd and Walker as they discussed the situation on The Scottish Football Podcast.

Boyd said: “I don’t understand why you can go and sign someone like Marc McNulty a couple of weeks ago – and let’s be realistic, he’s not going to be there on the cheap and he’s a Scotland international – and then all of a sudden, you’re asking your squad to take a cut.

“I understand that it’s testing times for everyone but I don’t understand why you can go and sign players and then ask people who have got you into this position, got you promoted to the Premiership, to go and take a cut. If you’re still signing players, then that says to me that there must be some level of income and why should the other ones have to take a cut?”

Walker added: “I think it’s poor management and that comes from the very top. I understand how difficult it must be to live week-to-week, month-to-month, but the idea that you can ask your players to take a wage cut in the region of 20 per cent but he players who signed in the recent window won’t have to take any cut is completely unacceptable.

“In my view, Dundee United have assets and whether that is Lawrence Shankland, McNulty, Lewis Neilson or whoever it is, you need to sell that asset to ensure everyone else is being paid 100 per cent of their salary or at least everyone in the dressing room is in the same boat.

“If there’s a negotiation to be had here, then players are entitled to negotiate… With the assets in the dressing room, Dundee Untied should have been able to prepare for this without asking all the players – apart from the ones who recently signed – to take a wage cut. I think it’s a ridiculous approach to take and it can only lead to bad feeling in the dressing room.”