The race for the Premier League Golden Boot: Vardy, Ings and Salah

Mohamed Salah and Sadio Mane won’t let up, Danny Ings is in the form of his life and Raul Jimenez is a shock contender… just five goals separate NINE players as we study the form in a thrilling Premier League Golden Boot race with Jamie Vardy out in front

The Premier League title may be wrapped up but one trophy that is set for a thrilling finish is the race for the Golden Boot.

Southampton striker Danny Ings moved to within one goal of the Premier League’s leading goalscorer Jamie Vardy courtesy of a brace against Watford on Sunday.

Just five goals separate the top-flight’s nine deadliest scorers, but who will come out on top? Here, Sportsmail runs through the candidates and their chances. 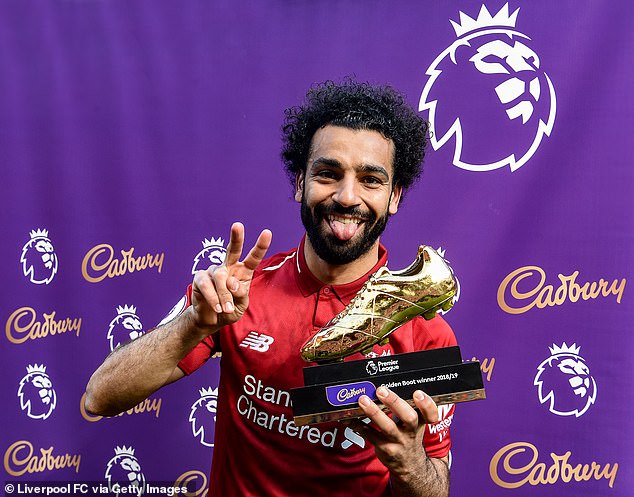 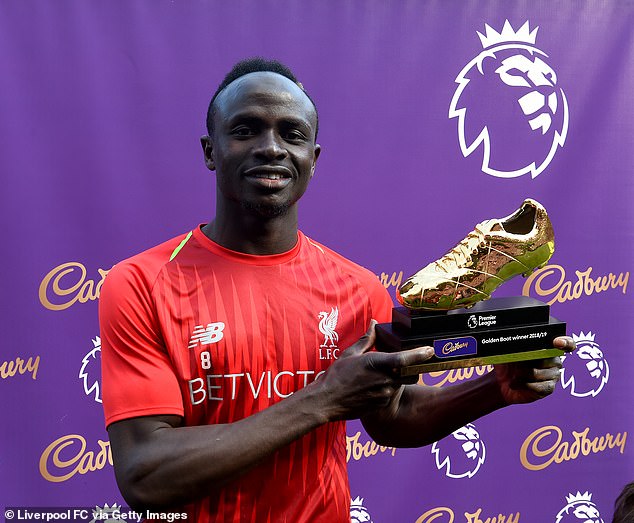 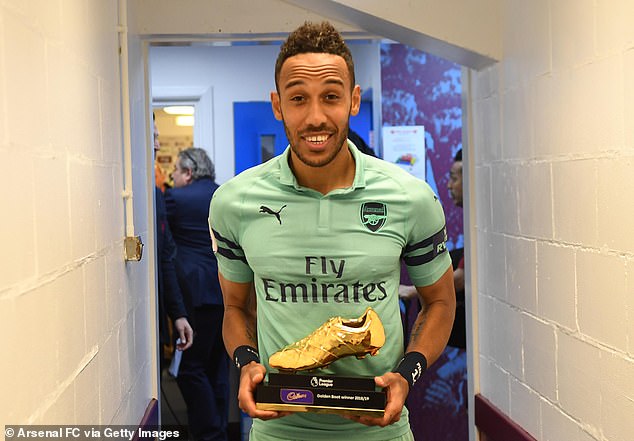 The Leicester forward has been leading the way for some time but just two goals since the turn of the year has seen the chasing pack close in.

It looked as though the 33-year-old was going to streak away with his first Premier League Golden Boot after scoring in eight games in a row during the Foxes’ sensational winning run in the autumn.

However since the middle of December goals have dried up for the Englishman and he has found the back of the net just three times. 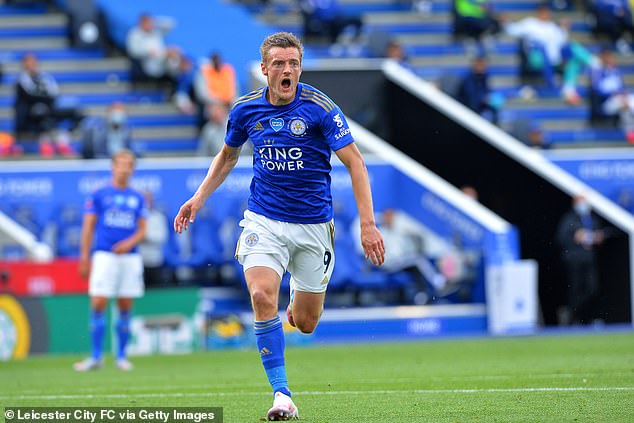 Vardy’s second half of the 2019-20 season has been affected by injury but his form has dropped off as Brendan Rodgers’ side have failed to maintain the high standards they set in the first half of the campaign.

The striker has notched his 19 goals in 28 matches, averaging a goal every 127 minutes and Vardy has the highest shot conversion rate compared to his rivals at 30.2 per cent.

Vardy notched a brace in Leicester’s last match before the enforced break but has not netted in June and there are plenty of challengers who are hot on his heels. Both he and Leicester need to rediscover their form from earlier in the season.

The former Liverpool man has enjoyed an impressive season and after three goals in as many games since the Premier League restart is firmly in contention to become the first Southampton player to claim the accolade.

Ings bagged against Norwich in the Saints’ first match back this month and scored two in their 3-1 win over Watford at the weekend.

After being in joint-third on 14 goals in the battle for top scorer in February, Ings has moved above the likes of Sergio Aguero, Mohamed Salah, Pierre-Emerick Aubameyang and Marcus Rashford. 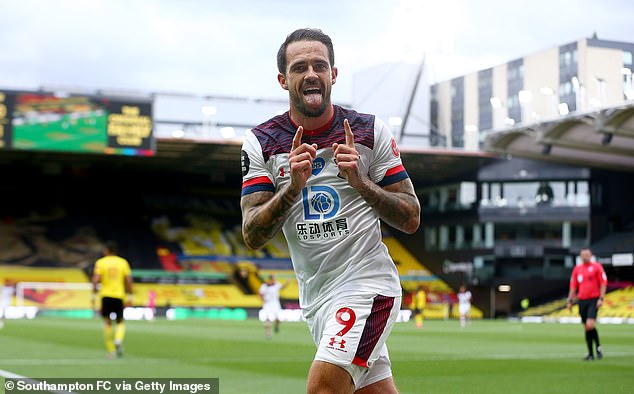 The 27-year-old’s career has been blighted by injuries but he is now showcasing his clinical finishing ability with 18 goals in 32 appearances; a goal every 126 minutes.

The forward is in the form of his life this campaign and prior to the suspension of football in March there was talk of Ings returning to the England fold.

He has earned just one cap for his country but following this prolific season it will be hard for him to be overlooked. Full of confidence Ings has every chance of becoming the league’s top scorer.

The Liverpool star claimed the gong with 32 goals in the 2017-18 season and was a joint-winner alongside Aubameyang and team-mate Mane last year with 22 goals.

The Premier League champions missed the Egyptian on their return to action in the Merseyside derby.

But he picked up where he left off with a goal in Liverpool’s 4-0 win over Crystal Palace last week. 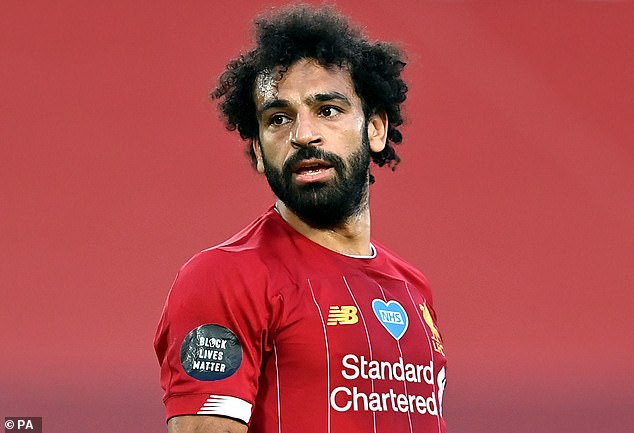 Salah, who has scored 17 in 27 games – a goal every 137 minutes, has been outstandingly consistent in Liverpool’s title triumph.

After being crowned champions with seven games remaining in the league, Liverpool are setting their sights on breaking a number of records.

With Salah just two goals off Vardy he is in a strong place to make it a hat-trick of Golden Boots and join the likes of Alan Shearer and Thierry Henry with three consecutive awards.

The Arsenal forward has not scored in his last four matches but is still in contention to add another Golden Boot to his collection after sharing the prize last season.

The Gabon international is just five goals shy of the tally that brought him success in the 2018-19 campaign but he has not scored since the resumption of the top flight.

Aubameyang has scored 17 in 29 appearances, averaging a goal every 152 minutes, as Arsenal have struggled. 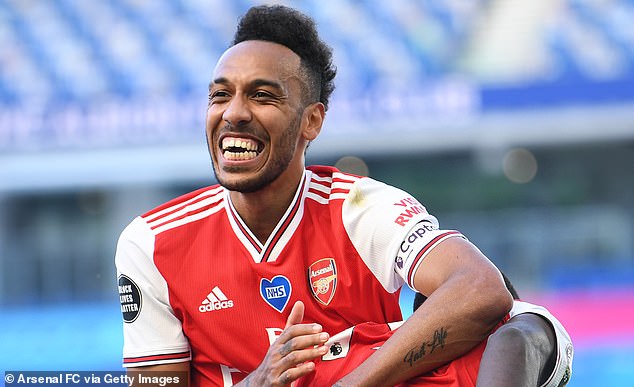 There is plenty of speculation surrounding the striker’s future at the club with his contract entering its final year.

Arsenal run the risk of losing him for nothing next summer if they are unable to convince him to agree new terms.

With the Gunners languishing down in ninth and with problems since the restart, it would be an impressive feat for Aubameyang to go on to win the Golden Boot, but he certainly knows where the goal is.

Another outstanding season for the Manchester City forward has seen him notch 16 in 24 games, which equates to a goal just every 91 minutes – the best minutes-per-goal return of anyone in this race.

Remarkably the Argentina international has only won the Premier League Golden Boot once – when he scored 26 goals in the 2014-15 campaign.

After being just one behind Vardy four months ago Aguero looked on course to be very much in the running for this year’s accolade. 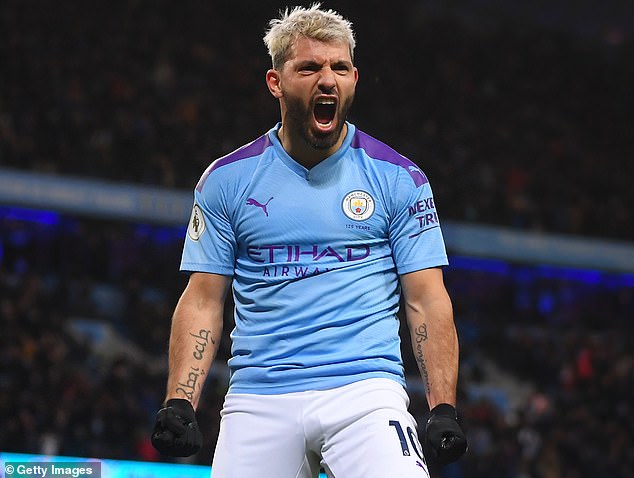 However he did not score in the four games before the coronavirus pandemic and has not netted on the return this month.

And now Aguero has been ruled out of the rest of the league season after he aggravated a knee injury in City’s 5-0 victory over Burnley.

Sadly, the City star will not add a second top scorer gong to his collection this season.

The Liverpool forward has made great strides on the frontrunners with four goals in his last six matches.

Following a hamstring injury at the end of January Mane notched three goals in four games prior to the enforced break.

And after drawing a blank at Goodison Park earlier this month he was back on target against Palace last Wednesday. 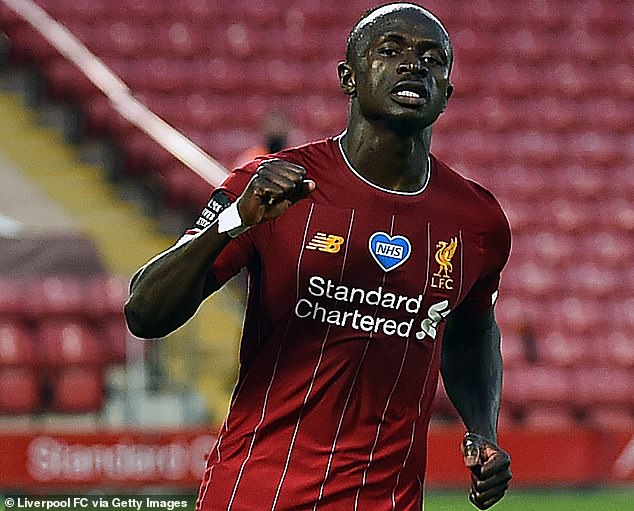 Mane has notched 15 in 28 appearances, an average of a goal every 150 minutes but alongside team-mate Salah has recorded the most amount of assists out of the players in this battle with seven.

There are no signs of Liverpool slowing down after winning their first league title in 30 years and Mane is very much in the hunt for a second Golden Boot after another impressive campaign.

It will be interesting to see how much Reds boss Jurgen Klopp rotates his side in the remaining fixtures with both Salah and Mane chasing the individual honour.

Wolves have had a spectacular campaign and are battling it out for a place in the top four.

Part of that success has been down to the goals of Mexico striker Jimenez.

His 15 goals are spread pretty evenly throughout the season as he has exhibited a clinical touch in front of goal. 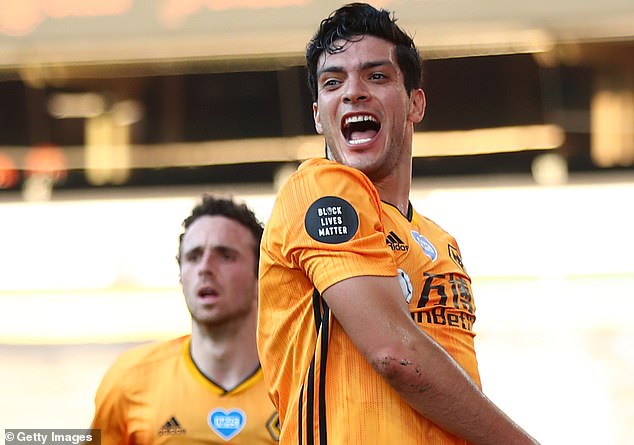 Jimenez averages a goal every 182 minutes with those coming in 32 matches and his fine form has seen him linked with a move away from Molineux. The striker has attracted interest from the likes of Manchester United and Juventus.

Wolves have won all three games since the restart with Jimenez striking in the first two. Both Jimenez and Wolves appear to have the momentum and confidence heading into the run-in.

The forward has formed a strong partnership with winger Adama Traore and there’s little doubt he’ll add to his tally before the season ends but has to score four to move level with Vardy.

The Manchester United forward was set to miss much of the remainder of the 2019-20 season when he suffered a back injury in January, but the enforced break gave him the chance to recover and return to full fitness.

Rashford scored 14 goals prior to his spell on the sidelines and he is still stuck on that number after 25 games. The England international is averaging a goal every 152 minutes.

Manchester United boss Ole Gunnar Solskjaer has backed his striker to start firing with Rashford failing to find the net since the restart. 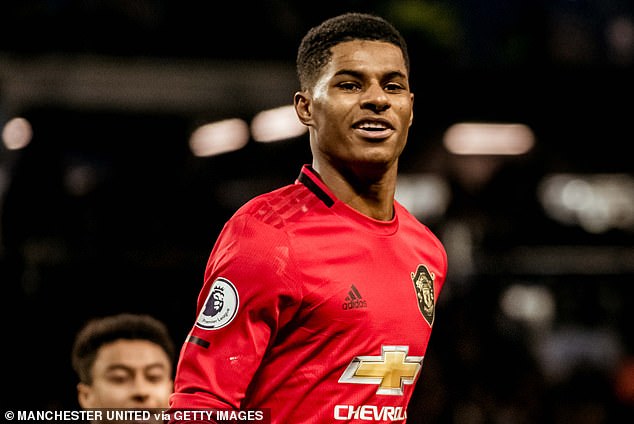 Rashford missed two good opportunities to get on the scoresheet in United’s 3-0 win over Sheffield United last week.

This season Rashford has discovered some of his best form under Solskjaer as United push for a top-four finish.

But with just six games to go he may have to wait for the Golden Boot to be in his hands.

The French forward moved level on goals with team-mate Rashford with his hat-trick against the Blades last week.

With just eight goals up until the middle of February Martial has scored six in as many games.

The recent purple patch has taken his total to 14 from 26 matches; an average of a goal every 151 minutes. 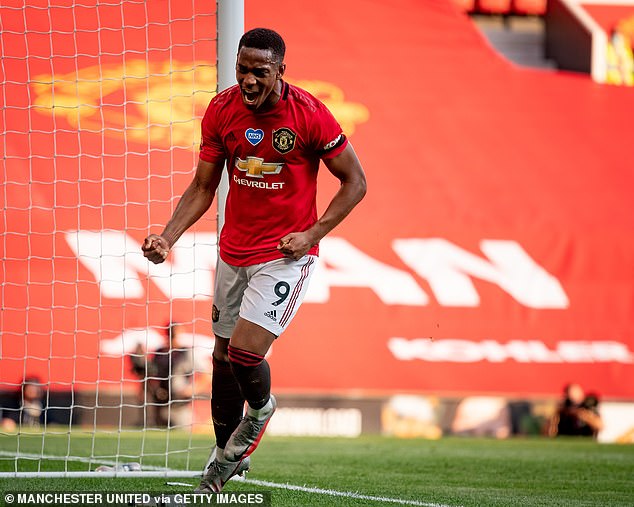 He has already eclipsed his previous best record of 11 in his debut season for United after joining from Monaco five years ago.

Although former England striker Michael Owen said last week that Martial still has to prove his long-term credentials as United’s No 9.

Another hat-trick and Martial would be firmly in contention for the Premier League Golden Boot – he became the first United player to score three goals in a league game since Sir Alex Ferguson left the club in 2013 only last week.

P.S. Chelsea’s Tammy Abraham and Everton’s Dominic Calvert-Lewin are next with 13 while Tottenham’s Harry Kane and Manchester City’s Raheem Sterling are on 12.