The importance of a manager or head coach to a football club is obvious – but who are the unsung heroes behind the scenes that make things tick? Sportmail’s team of reporters reveals some of the unheralded but crucial cogs at the Premier League’s biggest clubs.

A tri-lingual Cockney living in Portugal, for years he has been Arsenal’s eyes and ears on the Iberian Peninsula. Spanish parents gave him a linguistic head start. An Arsenal youth team player, who, ironically given later developments, moved to Barcelona’s academy and ended up playing in the lower leagues in Spain. A chance encounter with Steve Rowley, Arsenal’s former chief scout, saw him recruited around 18 years ago as the club’s Spanish scout – and it was he who drew Rowley’s attention to a 15-year-old Cesc Fabregas. Rowley insisted they sign him the minute he saw him. They also wanted Fabregas’ team-mate, a diminutive 15-year-old called Lionel Messi. Sadly, they didn’t get him. Hector Bellerin has since trod that same path, and Cagigao is frequently ahead of the game on young footballers. Sven Mislintat has replaced Rowley but Cagigao survived the post-Wenger clear out, as his contacts are huge and his eye for a player is trusted globally. 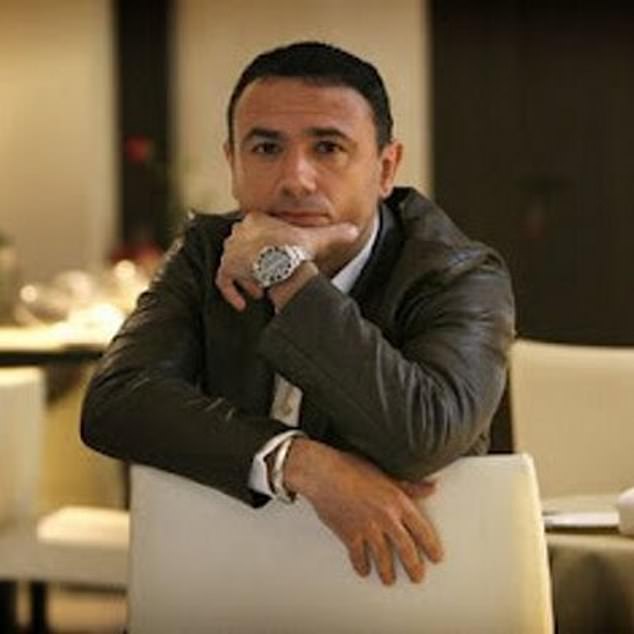 Unless you’re a Chelsea fanatic, chances are you have never heard of Gary Staker. You will have unwittingly seen him, however. Behind each and every manager on the sidelines since 2000 has been Staker, often stood inside the tunnel, minding his own business. He has no influence at boardroom level, where owner Roman Abramovich and his right-hand woman Marina Granovskaia rule, but Staker is a club stalwart. Before the appointment of Antonio Conte, Staker was spotted in Udine sitting alongside Daniele Conte, the brother and agent of the Italian. He previously worked as Claudio Ranieri’s translator at the Premier League club almost two decades ago. Also a former Stamford Bridge steward, his current title is player liaison officer, which makes Staker a member of a select circle at Chelsea. So what does he do for the squad of superstars? The answer is just about anything. Locate digs in west London, find a school for their kids, advise on financial safety nets, set up a Netflix account, whatever. When it comes to European trips, he can help sort arrangements, from hotels to travel to making sure Eden Hazard packs his passport. Staker, held in high regard at Chelsea and able to converse with manager Maurizio Sarri in his native Italian, is there to serve. 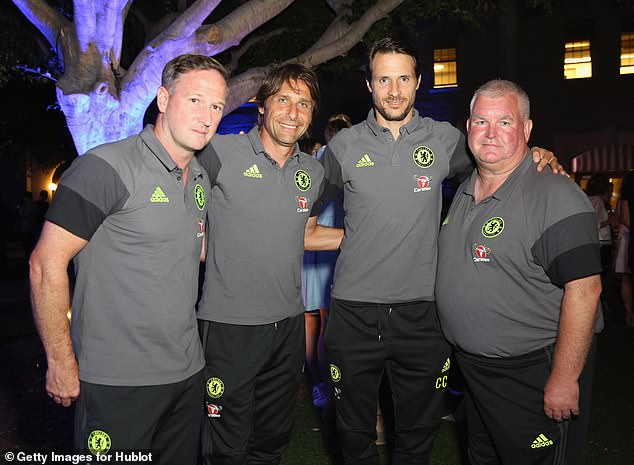 His official title is kit man but there is so much more to Jimmy Martin’s role than that. He is an institution, a man whose association with Everton stretches back more than 35 years to when he drove the team coach. He is a wise old sage who forms a double act with the masseur Jimmy Comer and his acerbic one-liners are famous – Wayne Rooney and Phil Neville are just two star players in Everton’s recent history who will testify to that. Quite simply, he is part of Everton’s fabric. 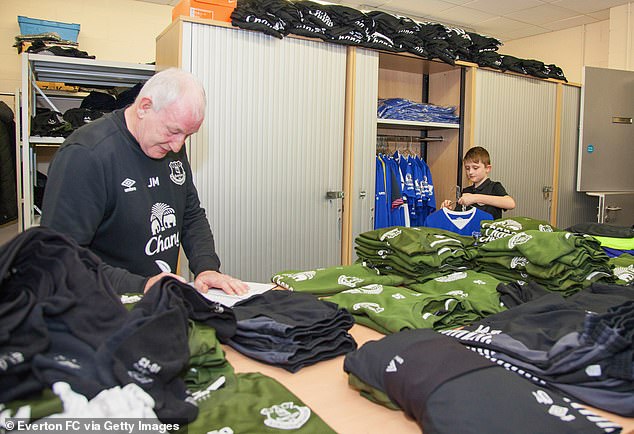 After hanging up his gloves following more than 400 appearances for Wolves, Stowell first joined Leicester’s staff in June 2005 and barring a few months in 2007 has been ever-present throughout a remarkable ride. Brought to the club by Craig Levein, Stowell has worked under Rob Kelly, Martin Allen, Gary Megson, Ian Holloway, Nigel Pearson, Paulo Sousa, Sven-Goran Eriksson, Claudio Ranieri, Craig Shakespeare and Claude Puel. Firsthand the 53-year-old has seen the club sink to League One and rise to Premier League champions, being an important constant that stretches beyond the expected role. He assisted as caretaker manager on three occasions and is a big voice behind the scenes. Under Ranieri, Stowell would lend opinions on training sessions and not be solely confined to drilling Kasper Schmeichel. He remains hugely valued. 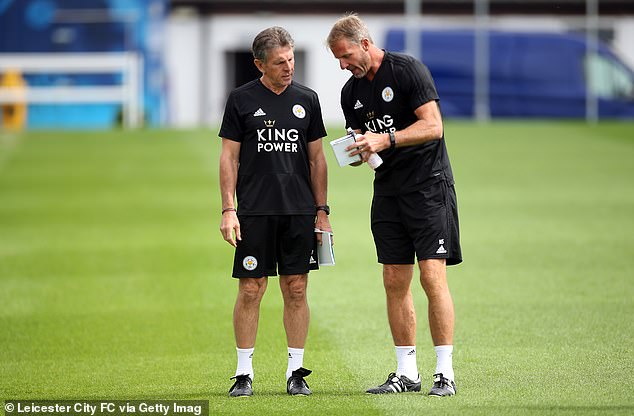 Yes, his official title is a bit of a mouthful. But in layman’s terms Ward’s role is critical for all the aspiring young players at the club, making sure they go to the right clubs to enhance their development. He commands the respect of the players, Jurgen Klopp and managers around the country – as both Steven Gerrard and Frank Lampard would concur. It is a position that requires working long hours and travelling thousands of miles but Ward, who was born locally, does it with aplomb. 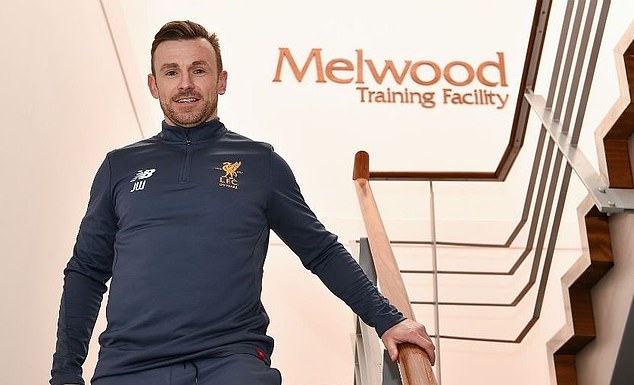 The former Olympic water polo champion has been a trusted confidant for Pep Guardiola throughout his gilded coaching career at Barcelona, Bayern Munich and now Manchester City. The 56-year-old Catalan, who won gold for Spain at the 1996 Atlanta Games, is Guardiola’s eyes and ears around the club. He is an important link between the coach and his playing squad and also closely monitors the media coverage of Guardiola. He personally intervenes when necessary, particularly with the Spanish press corps based in Manchester these days. The City boss values Estiarte’s loyalty in what can often be a lonely job and takes his advice on a range of issues. His aide can often be seen sitting at the back in press conferences to offer support where needed, on the bench at games, and in the stands when Guardiola goes on scouting missions. They are rarely apart and Estiarte is very much an integral part of Team Pep. 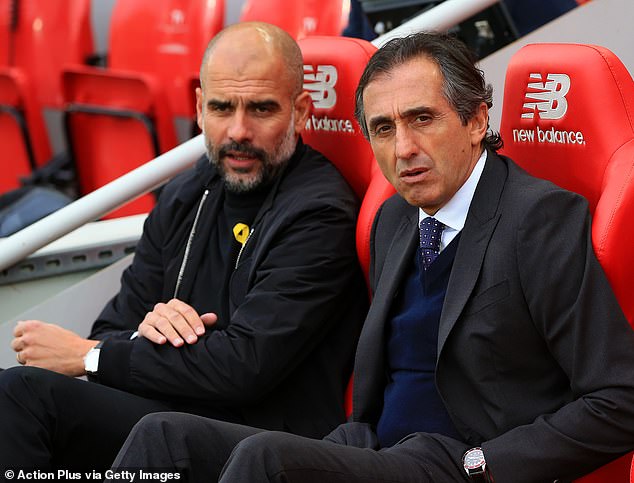 Despite occupying a key role at a club as famous as Manchester United, Judge has stayed conspicuously low-profile since he was appointed in 2012. A broad title of head of corporate development also fails to specify the part Judge has played in striking some of the biggest transfer deals in the club’s history – including the acquisitions of Paul Pogba, Romelu Lukaku and Alexis Sanchez. Ed Woodward may be the figurehead at United and ultimately responsible for signing new players, but he has leaned heavily on Judge since 2016 when it comes to negotiating transfer fees and players’ contracts. Judge has a Masters degree in economics from Bristol University, where Woodward also studied, and 13 years of experience in investment banking. Although the situation may change soon if United appoint a director of football, the two men are at the top of a pyramid at United that identifies new targets, with chief scout Jim Lawlor and head of global scouting Marcel Bout reporting directly to them. Jose Mourinho has input into new signings but, as last summer’s transfer window demonstrated, Woodward and Judge ultimately have the final say if they think the manager’s choices do not fit in with the club’s plans. 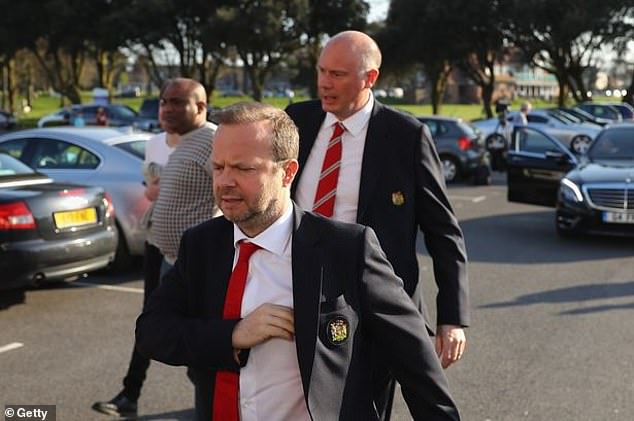 The little-known head of recruitment who prefers to remain in the shadows, unlike predecessor Graham Carr who was a board member and enjoyed the acclaim when finds such as Cheick Tiote and Yohan Cabaye came good. Nickson was elevated to the role in 2017 having previously been the club’s Under-21s scout and his methods are different to that of Carr, who was in effect a one-man band trawling continental Europe for bargains and buy-out clauses. Nickson, too, is on the lookout for such deals but he invests a lot in a team of scouts who have every angle covered with the latest technology and extensive databases. His best find so far is goalkeeper Martin Dubravka, who is already worth far more than the £4.5million Newcastle paid Sparta Prague earlier this year. Nickson has a good relationship with Rafa Benitez and is extremely well thought of around the club. It’s just a shame that a lot of his best work goes to waste given Mike Ashley’s reluctance to invest significantly in the playing squad. 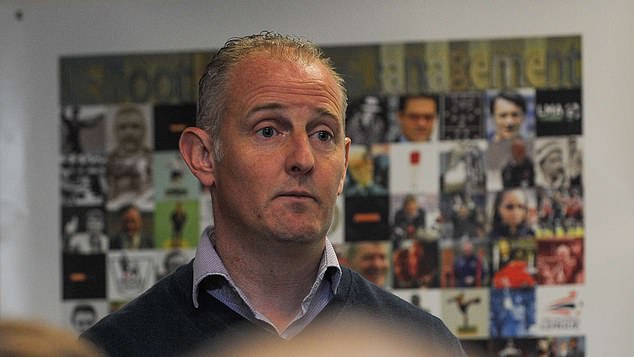 Mauricio Pochettino viewed Jesus Perez with a degree of suspicion when the Spaniard was appointed Under 21 coach at Espanyol. Pochettino was manager and Perez had been brought in by a sporting director whom he initially distrusted. So it’s even more extraordinary that Perez is now the person he trusts most, alongside his wife, Karina. The pair are cited by Pochettino as the people who ‘keep order in my life’. The clique of goalkeeping coach Toni Jimenez, with whom Pochettino played at Espanyol, assistant Miki D’Agostino, a teenage mate from Newell’s Old Boys, and Perez are the power behind the throne at Spurs. They can usually be found plotting tactics at the training ground whilst drinking mate, the South American herbal tea. But it is Perez whom Pochettino calls ‘an extension of myself.’ He, with Karina, persuaded him to take the Southampton job and move to England. Victor Wanyama calls Perez ‘mad’, perhaps because he is the fitness expert behind Tottenham’s superb conditioning. He lives next door to Pochettino in north London and is the man by his side whether it’s white-water rafting in Argentina, planning strategy in the restaurant of the Southampton hotel where they lived when they first came to England or delivering the final tactical instructions to the players before kick-off. 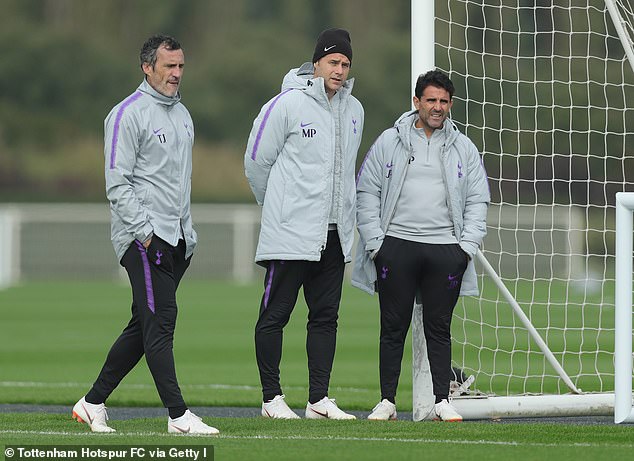 Given that West Ham signed 10 different players of nine different nationalities over the summer, assimilating them into the club and East London as quickly as possible is vital to any chance of success Manuel Pellegrini has this season. The responsibility for that lies with Scheckter, an affable go-getter who knows about the pressures of top-level sport – his father was South African Formula One world champion Jody Scheckter.  He is also one of the few people involved in the Premier League that has openly come out as gay. It’s to Scheckter that West Ham’s posse of new signings – from countries as diverse as France, Ukraine and Paraguay – turn to if they need help with housing, banking, schools for their children, cars, language lessons or help navigating London, a city where even ‘natives’ can find everyday life bamboozling. Scheckter is a safety net that players can check in with to ensure they’ve understood travel arrangements for away games and what is expected of them in performing media duties. Scheckhter performed a similar role at Southampton until moving to West Ham in March. He’s there at the very start of the journey for all new signings, accompanying them to medicals on their first day of arrival. From there, he stays as the indispensable shoulder to lean on. 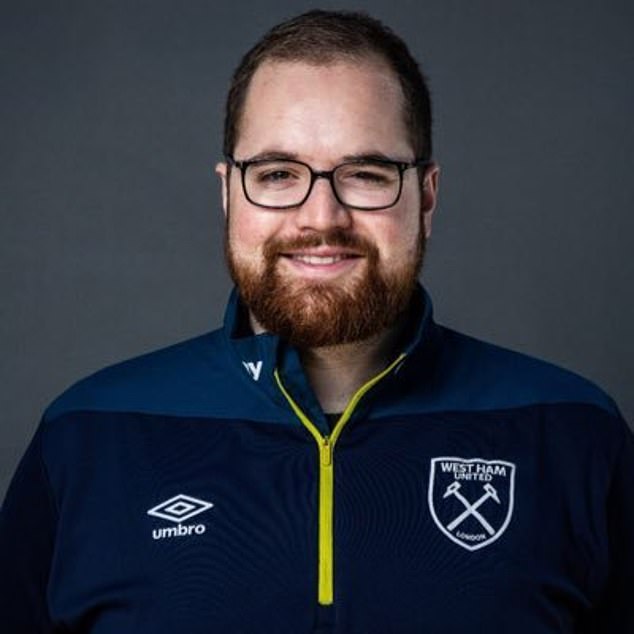 A sign of the growing influence enjoyed at Molineux by Dalrymple could be seen at the unveiling of Nuno Espirito Santo. Dalrymple was the board’s representative that sunny June day last year, and gave a confident display when addressing the swirl of questions about Jorge Mendes. Having originally joined the club in October 2014 as head of commercial affairs, Dalrymple was promoted in August 2016 – shortly after the takeover by Fosun International – and has developed a strong relationship with chairman Jeff Shi. The pair even treated travelling fans to pints and Jagerbombs at a pub before the away game at Brentford last season. Dalrymple is across recruitment but mainly oversees other areas, including inventive ticketing prices, Molineux upgrades, and training ground improvements. He is widely respected. 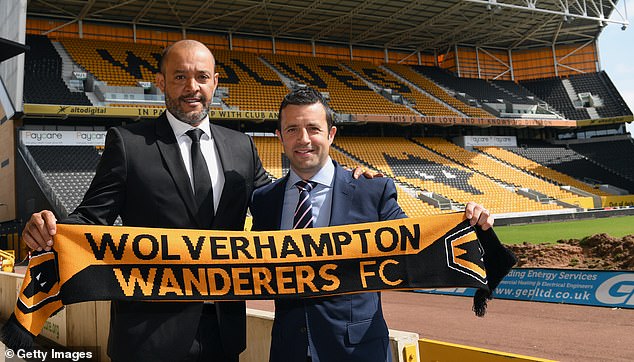