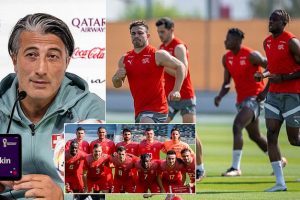 Switzerland coach Murat Yakin believes his current squad are the best Swiss national team that has ever existed at a World Cup.

Yakin’s side begin their campaign against Cameroon on Thursday in their Group G opener, having remained undefeated in their qualifying campaign to get to Qatar.

They haven’t reached the quarter-finals of the tournament since hosting the finals in 1954, but Yakin thinks that this current crop of players are the best the country has seen represent Switzerland at a World Cup. 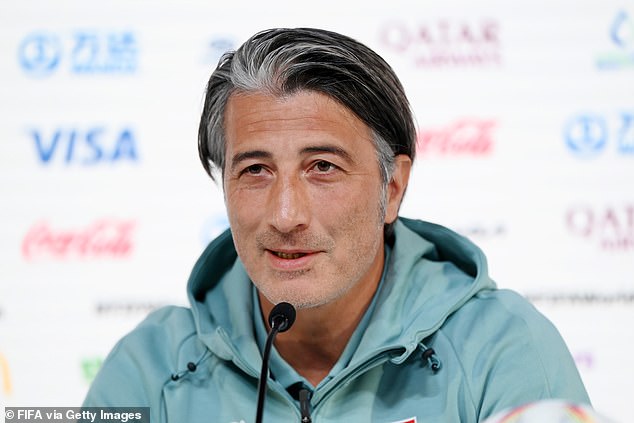 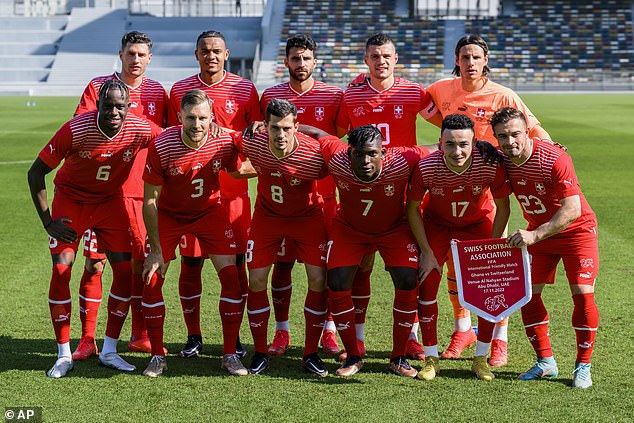 ‘I think we are the best Switzerland national team that has ever existed – we have fantastic players who play abroad and I am convinced we will perform our best World Cup ever,’ said Yakin.

‘I think we have a great team with a great team spirit that has been built for the last couple of years. Football-wise we have improved a lot, and now we want to write history.’

Along with Cameroon, Switzerland will also meet Serbia and tournament favourites Brazil in the group stages, and they will be led by Arsenal’s in-form midfielder Granit Xhaka. 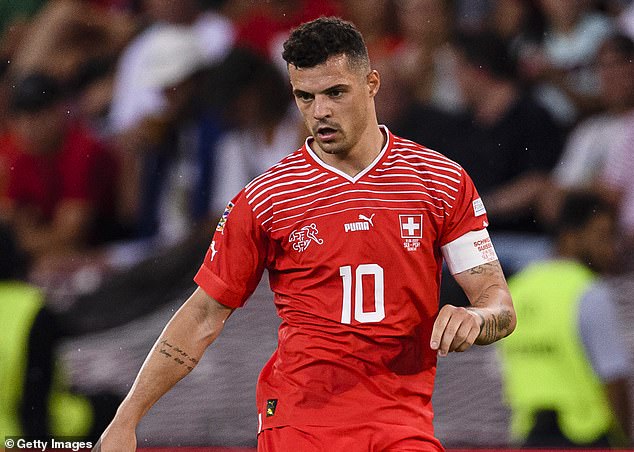 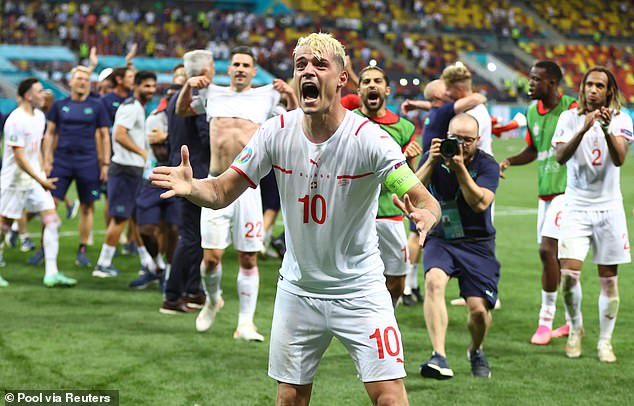 The Gunners man has been one of the stars of the season for Mikel Arteta, but the 30-year-old says he hopes the confidence he’s gained at club level will benefit his national side.

‘I think my club has had a great season but I always say the national team is something different,’ said Xhaka. ‘Of course I’ve got major self-confidence, and I will try to pass it on to my team-mates.’

Last summer Switzerland pulled off one of the biggest results of the tournament at Euro 2020, when they knocked out World Champions France and they go into Thursday’s game against Cameroon full of confidence of progressing from the group stages.