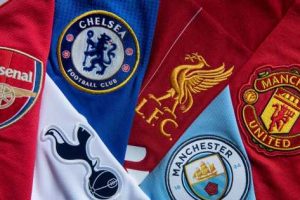 Football supporters across the country are devastated by the European Super League plan that threatens to destroy the game we know and love.

But we have a clear message for the billionaire owners who are trying to hijack the sport: these are Our Clubs and this is Our Future.

It’s a message that is beginning to be told by pundits, players and managers, but we know that it’s the supporters that really matter.

So we are asking fans of all clubs to speak out and let us know exactly how they feel about the proposed idea of the European Super League.

Fill in the survey below with your thoughts on the proposals as 12 teams aim to give football the biggest shake-up it has ever seen.

You can send a message to the clubs involved as well as predicting what would happen to the Premier League.

You don’t have to be a fan of one of the dozen to have your say – this impacts each and every club around the country.

So tell us what you think here…