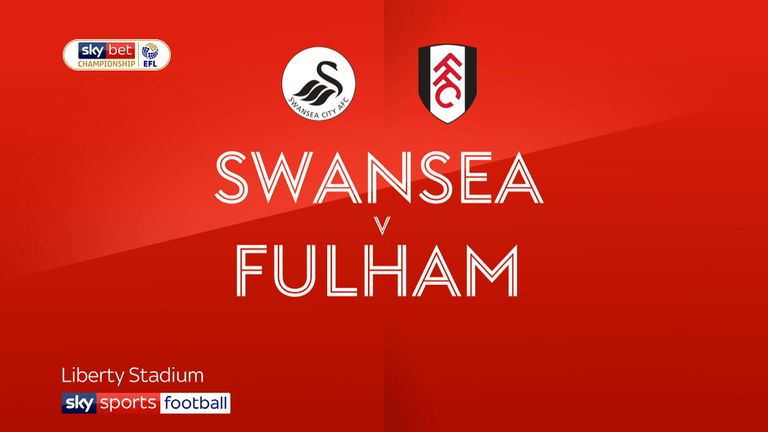 Fulham moved to within two points of second-place Leeds as they beat Swansea 2-1 and recorded their fourth Sky Bet Championship win in succession at the Liberty Stadium on Friday night.

Aleksandar Mitrovic gave the visitors the lead against the run of play with a close-range finish (22), before adding a clinical second to give Scott Parker’s men a commanding lead before the half-time whistle (43).

A header from George Byers gave the Swans a glimmer of hope (65) but Fulham weathered the storm to pick up three points in south Wales.

Fulham stay third after the victory, though Marcelo Bielsa’s men remain firmly within their sights and while Swansea stay sixth after their fifth home defeat of the season, both Bristol City and Brentford can move above them with victory on Saturday.

With plenty at stake in this fixture between two of the division’s leading play-off hopefuls, who share a similar attacking approach, there was never going to be a shortage of entertainment. 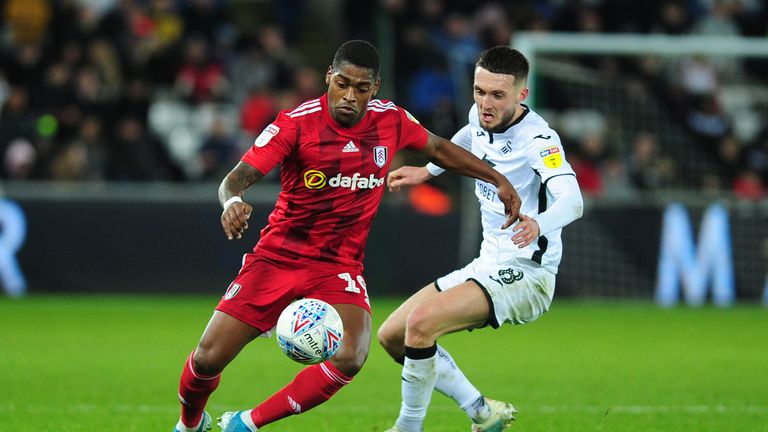 The Cottagers had won three league games in succession ahead of kick-off, but that streak came under threat in the first 20 minutes, firstly when Marek Rodak saved Sam Surridge’s effort at point-blank range, before Byers’ rasping half-volley struck the outside of the post.

But their inability to take advantage when in control was punished soon after when Mitrovic scored his first goal of the evening, heading a loose ball over the line after Aboubakar Kamara’s effort had crashed off the underside of the crossbar.

Though there was no shortage of desire to get back into the game from the hosts, they had themselves to blame for going two down; Josh Onomah snuffed out Kristoffer Peterson’s pass and fed Ivan Cavaleiro, who crossed for Mitrovic to add a clinical second.

Steve Cooper made three changes to the side that drew with Huddersfield in midweek: Kyle Naughton replaced Jake Bidwell, George Byers came in for Bersant Celina and Sam Surridge started up front at the expense of Borja Baston.

There was just the one change for Fulham boss Scott Parker as he went for a fourth win on the spin, with Josh Onomah starting in place of Bobby Reid.

The battle between Byers and Rodak had been bubbling for more than an hour, with the 22-year-old goalkeeper largely on top, but with 25 minutes to play, Byers got his own back when he headed a cross from Barrie McKay over the line.

As expected a barrage of chances followed for the hosts, but while Byers saw another long-distance drive blocked, Steve Cooper’s men couldn’t muster enough to avoid defeat.

Man of the match – Aleksandar Mitrovic

Though he was suspended for the visit of QPR last Friday night, in the two games since, Mitrovic has proved just how important he’ll be to any promotion bid Fulham mount this season.