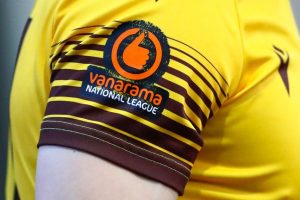 Sutton United will play in the Football League for the first time in their history next season after a 3-0 win over Hartlepool secured promotion to Sky Bet League Two.

Goals from Robert Milson, Louis John and Isaac Olaofe at Gander Green Lane secured the victory Sutton needed to guarantee they would top the National League and take the only automatic promotion spot in the division.

Matt Gray’s side cannot now be caught by second-placed Torquay, whose 2-2 draw with Barnet means they are five points behind the leaders with just one game to play.

The game was watched by 1,050 fans following the partial lifting of some coronavirus restrictions, with the spirits of the home fans lifted 10 minutes before half-time when Milson opened the scoring with a free-kick.

Wow. Just wow. For all those fans past and present, we have reached the promised land.

Thank you to Matt and all the players this season. We love you 💛

Hartlepool had a ‘goal’ ruled out after the restart, with Sutton then hitting the woodwork through John before two more goals in the space of eight minutes put the match beyond the visitors.

John scored the first of those on 73, with Olaofe then adding a third to cue jubilant scenes among those who had been lucky enough to get a ticket to witness history in the making.