The Reds ran out 3-0 winners on Saturday as Roberto Firmino, Naby Keita and Rhian Brewster all scored.

But the match was overshadowed after Gomez collided with Thommy who hit the advertising hoardings and injured his arm. 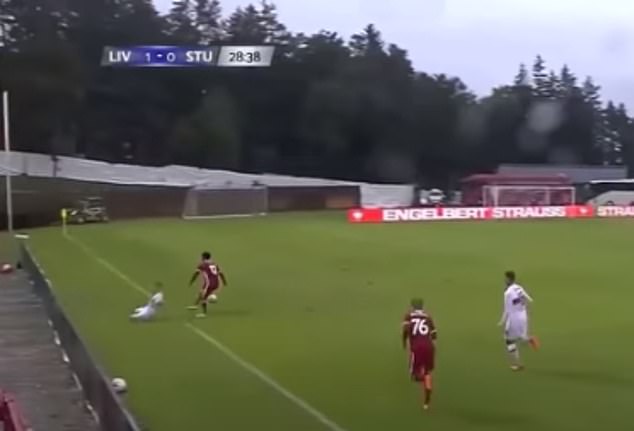 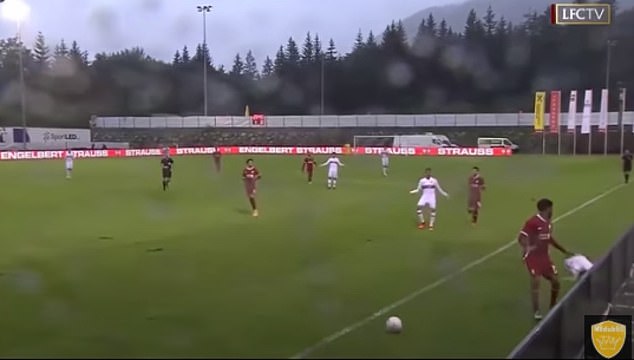 The German club confirmed on Sunday that he had broken his left elbow and has had surgery and will be out for a number of weeks.

Klopp named a strong starting XI for the first half of the match, with the likes of Mohamed Salah, Sadio Mane and Virgil van Dijk in action as part of an almost full strength line-up.

And it was the third member of their feared front three Roberto Firmino that struck first for the Reds after 16 minutes. However, the Brazilian had the easiest of jobs with the tap-in after some great footwork from Curtis Jones to set him up.

The academy graduate stood out during the first 45 minutes as part of a fairly senior side – a huge positive for his hopes for minutes ahead of the 2020-21 season. 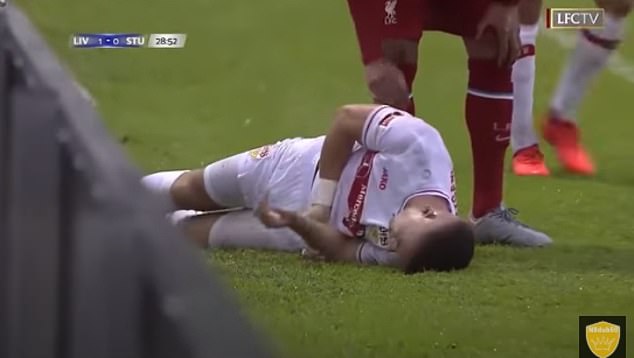 The Premier League champions continued to apply their dominance throughout the first period despite the horrendous conditions as Van Dijk came close to doubling their lead from a set-piece only to see his effort glanced wide.

The two-goal cushion came before the break as midfielder Naby Keita cooly slotted home after Firmino pulled off a delightful back-heel to put him in behind the German’s defence.

In the second half, Klopp called upon a completely new XI to take the field in the wet, blustery conditions in Austria.

Rhian Brewster, who has impressed massively during a loan spell with Swansea last season, kept his goalscoring form up as he fired home from close range as Liverpool eventually did make it 3-0. 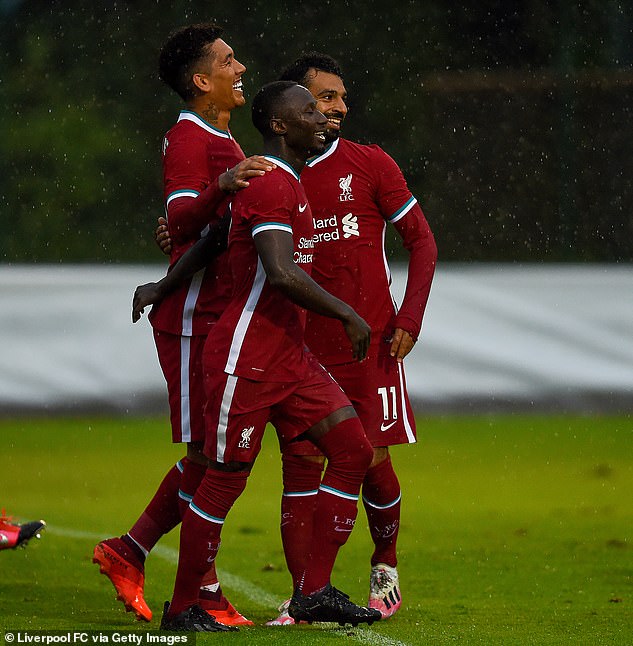