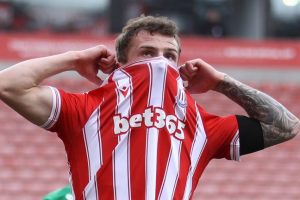 Report and highlights from the Sky Bet Championship clash between Stoke City and Preston at the bet365 Stadium as the mid-table clash finished goalless, while Harry Souttar was sent off late for the Potters.

Stoke and Preston were unable to find the breakthrough as they played out a goalless draw at the bet365 Stadium.

Both sides struck the woodwork with Stoke defender Harry Souttar and Preston counterpart Andrew Hughes going close after the break, but in the end the spoils were shared.

The Potters enjoyed the best of the first-half chances with Daniel Iverson saving well to keep out Josh Tymon in a one-on-one and a near own goal by Ben Whiteman.

The visitors came closest in the second half with Ched Evans and Tom Barkhuizen going close, with the best chance coming when Hughes hit the outside of the post with a sweetly-hit free-kick. 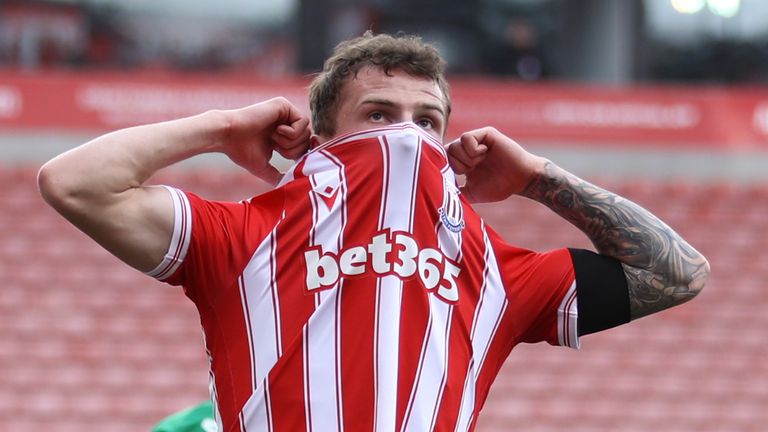 Stoke played the final four minutes a man light after Soutter was dismissed for a professional foul on Alan Browne.

Openings were at a premium inside the opening 15 minutes as both sides effectively cancelled each other out.

Sam Clucas turned down a good shooting chance after 17 minutes with the hosts guilty of overplaying before Tommy Smith drilled a powerful shot from distance over as Stoke started to step it up.

Evans had a goal ruled out for North End after 21 minutes for a foul in the build-up, before Browne curled an effort off-target three minutes later.

Tymon was then denied with only Iverson to beat, before he fired the rebound into the side-netting.

Ryan Ledson drilled a long-range effort wide as the game began to open up and Iverson beat away an effort from Nick Powell after the defence stood off.

The Preston ‘keeper then got down well to prevent Whiteman turning the ball into his own net after 41 minutes.

John Obi Mikel was unable to keep a long-range volley down after a corner fell kindly a minute later as the first-half finished goalless.

Stoke almost broke the deadlock immediately after half-time, though, when Souttar headed against the top of the crossbar from a Clucas cross.

Hughes drilled a 25-yard free-kick straight into the wall and Evans headed over after meeting a Barkhuizen cross before Stoke responded with Souttar heading wide after beating his man at the back post.

Preston came agonisingly close to opening the scoring soon after that Souttar effort when Hughes hit the outside of the post with a low free-kick.

Steven Fletcher had a header chalked out for offside after 74 minutes as both sides continued to push for the opener, with Stoke goalkeeper Adam Davies getting down well to keep out Barkhuizen’s well-struck long-range volley.

Souttar was sent off with four minutes to go for a professional foul after he pulled back Browne on the edge of the box after he had got clean through, but Preston could not take advantage.

Stoke’s Michael O’Neill: “We allowed ourselves to be nullified in the first 15 minutes. We switched the play quicker after that and we were excellent up to half-time. We should have scored and didn’t. We didn’t get across people enough in the box and we needed to find something to go 1-0 up.

“Preston made it more difficult for us in the second half. We didn’t cause them enough problems with the decisions we made. We needed to turn them around more and we got bogged down and made it complicated in the second half. We lost the ball in bad areas and got picked off more by them. We gave away free-kicks on the edge of the box and gave them hope and belief. I’m disappointed not to see us take more from the game. It’s frustrating to be held to a 0-0.”

Preston’s caretaker-manager Frankie McAvoy: “We have four games to go and have to try and win as many of the games left as we can. There are still teams that can catch us if we don’t win our games and we have to treat every game on its merit.

“We will not get sucked into how many points we need. We can’t control what other teams do. We have control over the games we play and that is what we need to focus on.”