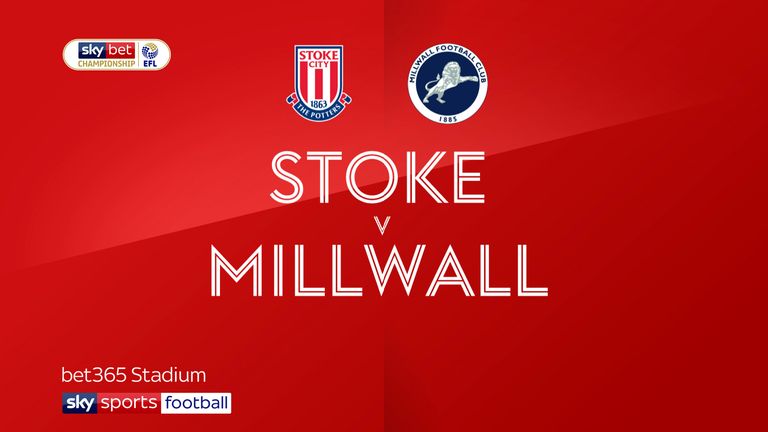 Stoke played out a dour 0-0 home draw with play-off chasing Millwall in the Championship.

The 10-man Lions missed the chance to jump into the top six after settling for a point.

Gary Rowett’s impressive start to life in London continued with just two defeats in his 14 league games in charge. The Lions boss, though, will be disappointed his in-form charges were not able to put the struggling Potters away.

Michael O’Neill’s Stoke are just a point above the dreaded drop zone after this latest draw. Millwall’s Shaun Williams was sent off with five minutes to go for clattering into Scottish defender Liam Lindsay. 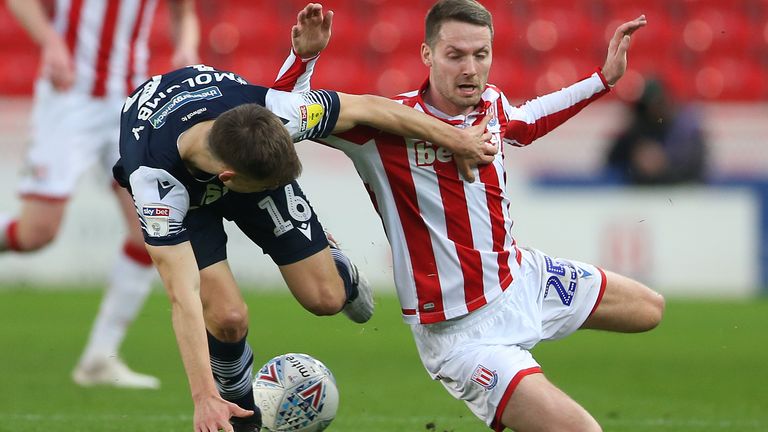 It was a slow first half in Staffordshire with no great chances to speak of from either side. Tyrese Campbell, son of former Arsenal striker Kevin, had the first opportunity to break the deadlock when he fired over the bar after turning onto his right foot.

Lions striker Tom Bradshaw did well to fashion a chance in the box as he forced ex-England keeper Jack Butland into a decent save.

Stoke had to soak up some pressure heading into the break. Butland was troubled by a Jed Wallace cross but cleared the danger and the keeper had to be alert to keep out Mahlon Romeo’s low strike after the Lions broke at scintillating pace.

Down the other end the Potters countered themselves with Sam Vokes nodding off target. And just before the break Wales international Vokes stabbed wide after getting on the end of James McClean’s cross.

Just after the hour Stoke were agonisingly denied a welcome opener on the line.

Campbell, who had scored three goals in as many league games heading into this clash, saw his effort scrambled off the line by Jake Cooper.