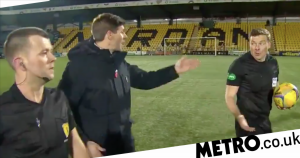 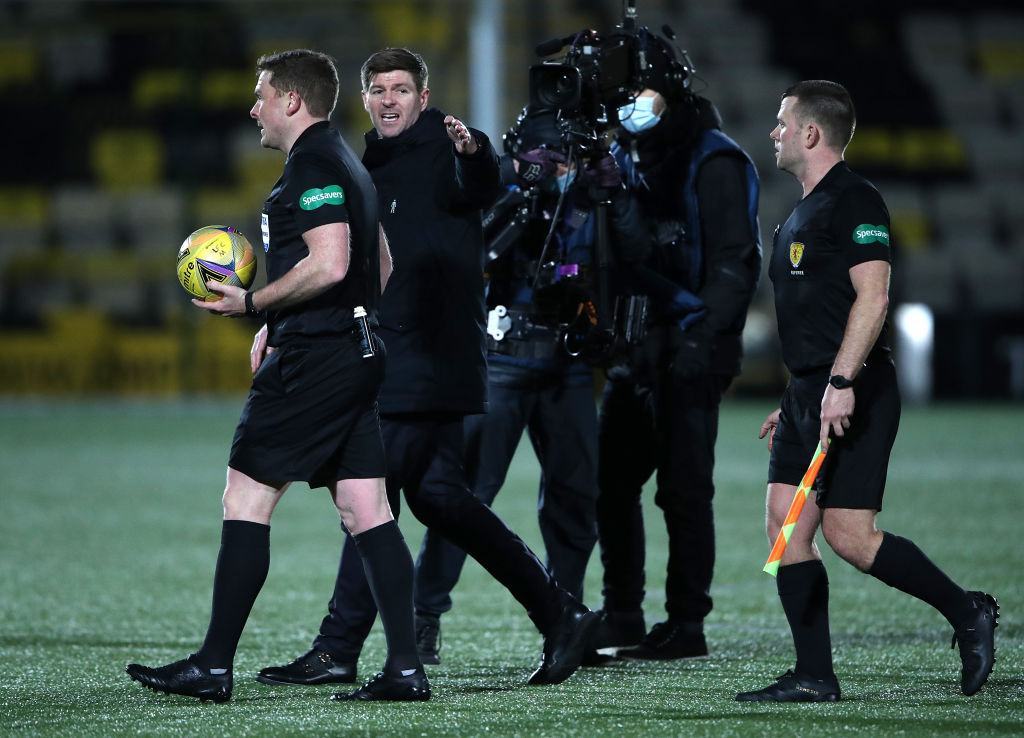 Steven Gerrard was given his marching orders during Rangers’ dramatic 1-0 victory over Livingston after telling referee John Beaton he was ‘f***ing bang wrong’ to book Alfredo Morelos for diving in the first half.

The Scottish Premiership leaders were searching for the game’s opener and were in the ascendancy as Livingston goalkeeper Max Stryjek collided with Morelos inside the box in the 37th minute.

Morelos tumbled to the ground and appealed to Beaton for a penalty but the official waved away the Colombian’s desperate calls and instead showed him a yellow card to the dismay of those in the away dugout at the Tony Macaroni Arena.

A sheepish Beaton replied, ‘I can’t’, to which Gerrard responded: ‘I know why you’re not speaking to me, it’s because you got it f***ing bang wrong!

‘You’re bang out of order!’

Gerrard’s protests meant he soon joined Morelos in the book and Beaton decided to brandish a second yellow card as the irate Rangers boss continued to argue his case.

As a consequence, the former Liverpool and England captain was forced to watch the second half from the stands.

But Morelos got the last laugh with a winning goal from close range with just three minutes remaining of the clash.

Stryjek could only parry Steven Davis’ initial shot and the attacker was on hand to score his ninth of the league campaign.