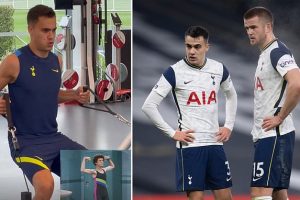 Putting in the Powers: Spurs star Sergio Reguilon works out in the gym… only to be cruelly teased by Eric Dier as his teammate sneakily films him before adding an animation of scrawny Saved by the Bell character Screech Powers

Spurs star Sergio Reguilon got his guns out as he worked on his arms in the gym – only to be pranked by teasing teammate Eric Dier with a video comparing him to Screech Powers.

Unimpressed Dier shared the iron-pulling clip with his vast Instagram following of more than 860,000, likening hard-at-work Reguilon to the much-loved yet decidedly scrawny character from TV hit Saved by the Bell.

While Reguilon puffed out his cheeks and pulled at two weight stacks, Dier baulked at his bulk with an animation of the nerd, played by the late Dustin Diamond, flexing his skinny limbs in a leotard. 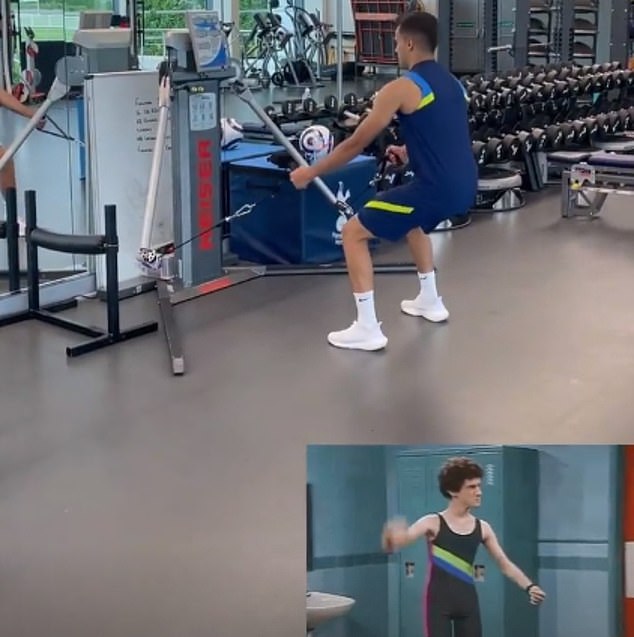 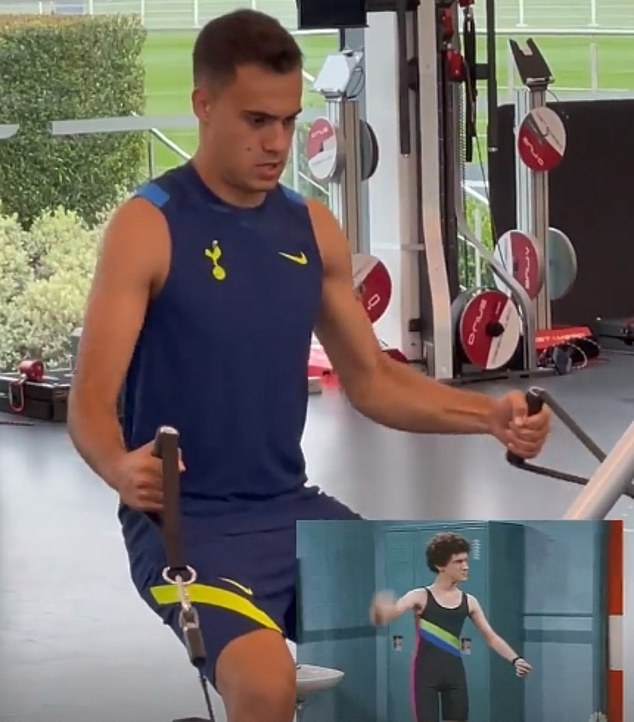 While Reguilon worked on his arms, Dier used his fingers to post a video of him on Instagram

Spain wideman Reguilon seemed blissfully unaware that he was being flexed upon by Dier as he knuckled down in the seemingly empty conditioning room.

The surreptitious filming and mocking embellishment from Dier may have given many Spurs fans a lift ahead of their heavyweight top-flight opener at home to Manchester City on Sunday.

According to the Premier League’s profiles, La Roja’s Reguilon weighs around 10st 7lbs, making him one of the lighter players in the top flight.

The former Real Madrid defender has been known to show off his six-pack on his own Instagram account alongside his model girlfriend Marta Diaz, who has more than 2.8 million followers on the platform. 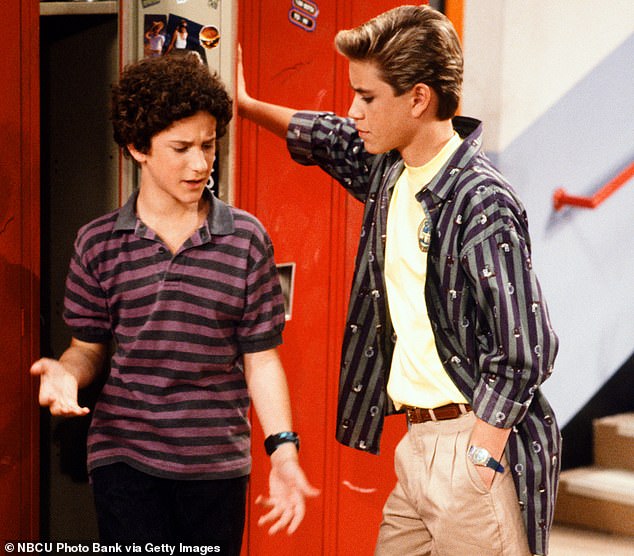 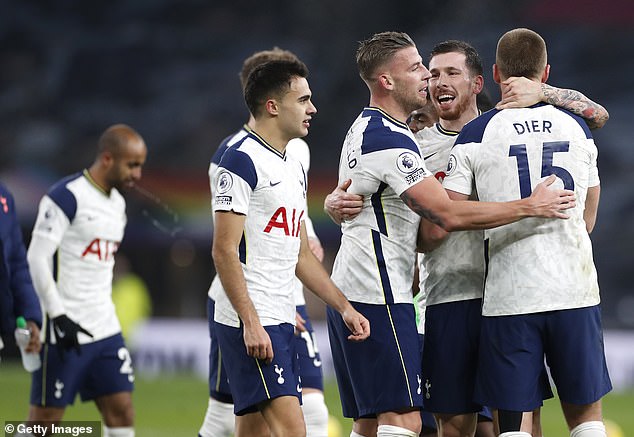 Versatile Dier is listed as weighing around three stone more than him, suggesting he could have more power than the left-back in gym sessions.

England hopeful Dier, who has been at Spurs since 2014, has appeared to build a good relationship with Reguilon since he arrived at the club last September.

The pair have been seen laughing together in training, although neither had much to smile about when Dier hauled a distraught Reguilon from the turf and urged him to refocus after he scored an own-goal in a loss to Aston Villa in May.

Both will be hoping for revenge on Sunday after enduring a 1-0 defeat when Spurs last played City, losing the Carabao Cup final at Wembley in April.

A repeat of Tottenham’s 2-0 win in the Premier League in November, which the duo started, would add a weight of expectation to their chances of success this season and bring City’s run of successive wins in the fixture screeching to a halt.