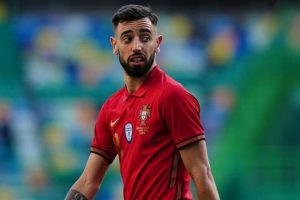 Sporting Lisbon are keen to pull off a similar deal with Manchester United to the one that saw Bruno Fernandes head to Old Trafford, according to reports. United signed Fernandes from Sporting in January 2020 and the Portuguese has become arguably the best signing in the post-Sir Alex Ferguson era. Sporting are now keen to sell Nuno Mendes to the Red Devils.

United initially showed an interest in Fernandes in the summer of 2019.

Tottenham were also keen on the attacking midfielder at that time.

However, a deal failed to materialise until the following January transfer window.

United signed Fernandes for an initial £46.5million late on in the window.

The Old Trafford club have been linked with a move for Sporting left-back Mendes. 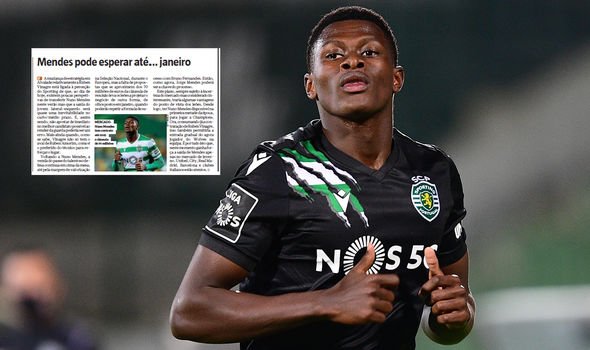 However, the performances of Luke Shaw last season make a deal unlikely this summer.

However, there have been no offers near that figure despite interest from United, as well as Manchester City and Real Madrid, among others.

Record claims Sporting see it as a similar scenario to when United first showed an interest in Fernandes.

Mendes has already made 44 first-team appearances for Sporting despite not turning 19 until later this month.

He has won five caps for Portugal and is part of his country’s squad for this summer’s Euro 2020 tournament.

Mendes is one of a long list of players linked with a move to United this summer. 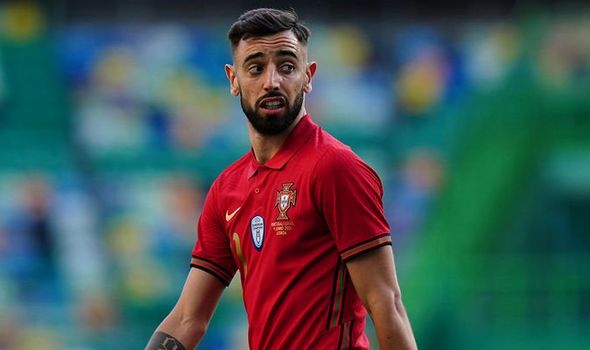 Juventus superstar Cristiano Ronaldo is also linked with a stunning move back to the club.

Speaking on the Transfer Window podcast, Duncan Castles says signing a forward player is the main aim for Solskjaer.

“There is a clear priority for Solskjaer and his recruitment specialists, and that is that they sign a forward,” Castles added.

“Now, they have an interesting setup in that they’re looking both for a centre-forward and for a right-sided forward, but they will probably only sign one of those.

“Why? Because they feel like bringing a top talent in in that position – and they’re looking at high-price, high-quality acquisition – can be accommodated in the current squad.

“Should they bring Sancho, or another top-quality right-winger in, Mason Greenwood would move into a centre-forward role, sharing the position essentially with Edinson Cavani, and Anthony Martial would be moved out.

“If instead they go for a quality centre-forward, and Cristiano Ronaldo is on the list of potential acquisitions, as is Erling Haaland who would be Solskjaer’s preference, then Mason Greenwood would stay on the right-hand side and share that position with the emerging Amad Diallo and Dan James.”