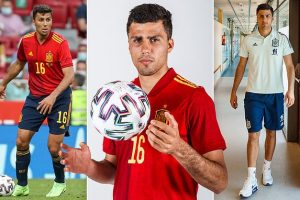 ‘We tried to get rid of any type of contact… It’s a terrible feeling that you could miss out because of this’: Spain midfielder Rodri opens up on Covid-19 saga which threatened to derail his nation’s Euro 2020 before it had even begun

Asking Manchester City’s Rodri how he will feel when he walks out in the Cartuja Stadium in Seville on Monday night to face Sweden, his answer says a lot about Spain’s chaotic preparations for the Euros: ‘Relieved,’ he says. ‘Relief to have actually got there.’

‘The last few days you’ve had the idea going round in your head: Please don’t let there be any positives,’ says Rodri. ‘It’s a terrible feeling that you could miss out on the euros because of this.’ 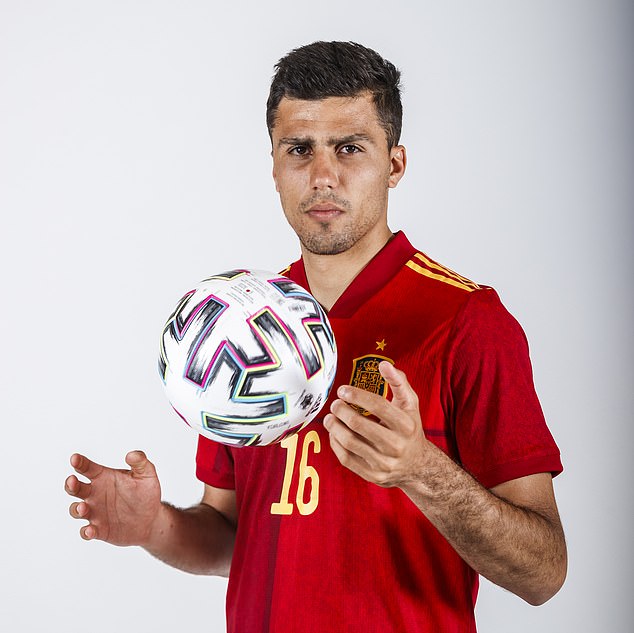 Leeds defender Diego Llorente tested positive too but after three subsequent negatives he returned to training on Saturday when for the first time Spain could have a normal group session with just Busquets at home seeing out his isolation period.

Coach Luis Enrique had to use the Under-21 squad for the senior team’s last friendly – the kids beat Lithuania 4-0 – and he called up six senior players who trained in a separate bubble in case there were more positives.

On Saturday those six stand-ins were given a guard of honour as they prepared to leave the Madrid training camp, not needed after all.

Training prior to Saturday had inevitably been affected. ‘We haven’t been able to work the way that we would like,’ says Rodri. ‘We have been doing more individual physical work, a little bit with the ball but not much and of course we prefer the ball. You lose that collective stuff which is what really makes things function well.’ 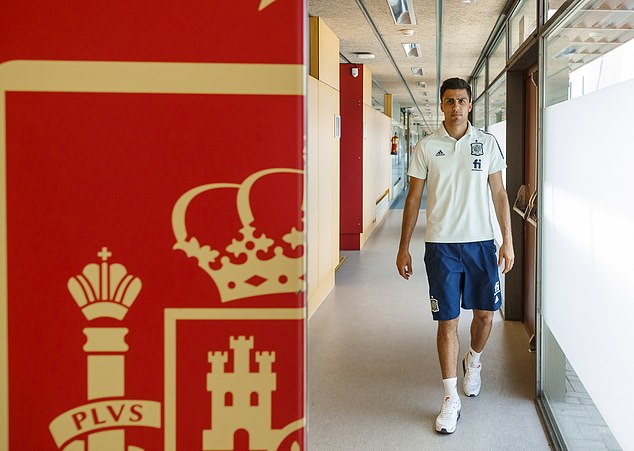 The sense of collective matters away from the pitch too, solitary confinement hardly breeds team spirit. ‘Before all this happened, we would meet up and play cards but in the players’ residence, the common areas were closed. Everyone was in their own rooms. We tried to get rid of any type of contact.

‘Meals were organised so that everything was done separately, the tables were apart, we ate in shifts. It was a case of whatever it takes to ensure that no one else tests positive.’

Club relationships have become even more important in such circumstances and no team has more representation in this Spain squad than Manchester City. On Monday Eric Garcia (since signed for Barcelona), Aymeric Laporte, Rodri and Ferran Torres could all start.

‘The understanding with a club teammate is obviously better because you have been together all year. You are used to working in a certain way and if they are positions that are close together on the pitch like the centre-back with the holding midfielder then even better. 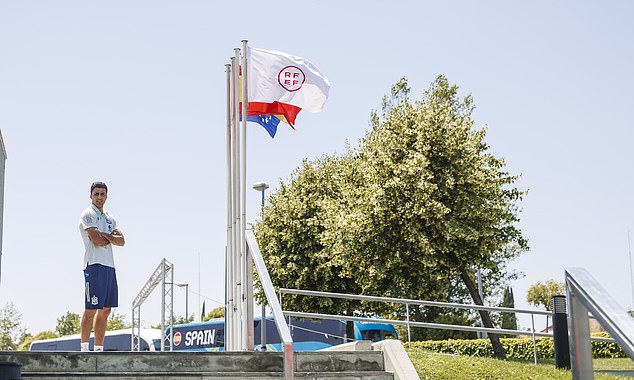 ‘Those things can help, and the understanding is very good, but it’s also the case that we have been working together for a year with this group so we all understand each other.’

It’s not lost on Rodri that he has four City team-mates in the England side too. ‘Hombre, for me England are one of the clear favourites!’ he says. ‘When you look at the individual players that they have, they could name three teams if they wanted to. Their level is very, very high. We have to see if collectively they are a great team but I am convinced that they’re one of the favourites.’

After ‘normal’ group sessions over the weekend the confidence in this young squad has grown. And there have been no adverse effects from the players being vaccinated by Spanish army doctors on Friday.

Spain are ready and Rodri is ready too. ‘I came here having finished the season [late], still competing not long ago, so I feel like I haven’t lost any match rhythm at all,’ he says. ‘I’m good. I’m in form.’ 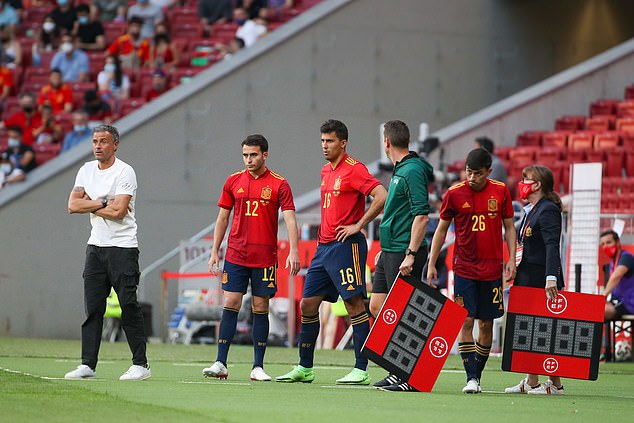 And with Busquets not due back until the second game Rodri’s place in the team on Monday seems more assured than ever. Comparisons with the Barcelona player have followed him throughout his career.

‘I am Rodrigo Hernandez, I have always been Rodrigo Hernandez,’ he says. ‘I’m here based on the merits of my own game. We’re similar it is true, but we’re different as well. I always try to learn from him to improve my game. If the manager thinks it’s the right thing to do to pick me, then I will give everything for the national team.’ 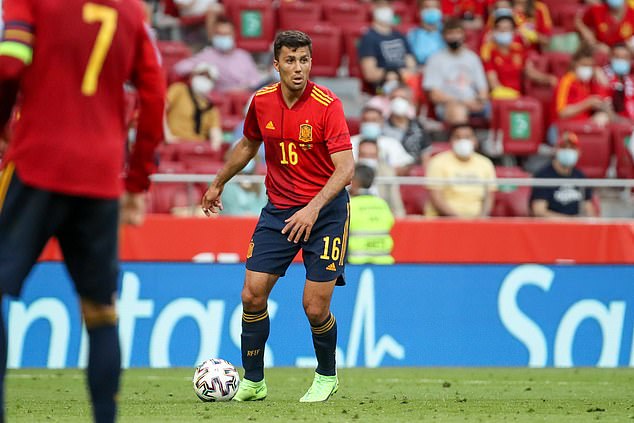 ‘I think it’s like the season in general,’ Rodri says. ‘Whoever adapts the best will have the best chance. I think there might be different results, unusual ones. That’s normal, given everything: the preparation hasn’t been what it would usually be, the context isn’t the same with the stadiums not full, and also you have [smaller] national teams that are growing all the time. I think we’ll see a very close euros, and we will have to adapt quickly.’

At least debut time has now arrived. And that feeling of relief can power the players forward into their meeting with Sweden.

‘Relief, on the one hand and tension and desire on the other,’ Rodri says. ‘There will be lots of emotions coming together, I’m sure.’ 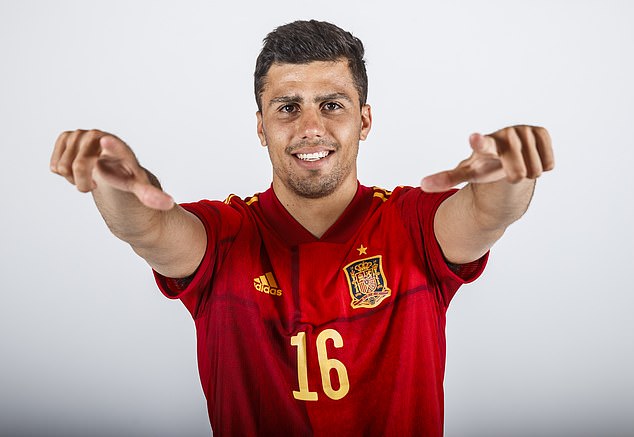