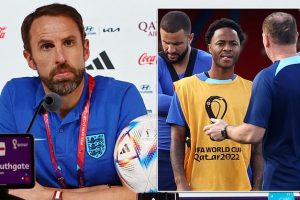 England manager Gareth Southgate has been forced to increase security at his home during the World Cup after Raheem Sterling suffered a break-in last week.

Sterling trained on Friday after returning to Qatar following a dash home to be with his family following reports of a burglary at his Surrey mansion, but is unlikely to play in Saturday night’s quarter-final against France.

And Southgate revealed he has acted following concerns from his wife, saying: ‘I could relate to it (Sterling’s situation) because I’ve had to put extra security at home because pictures of my house have been published through this tournament. 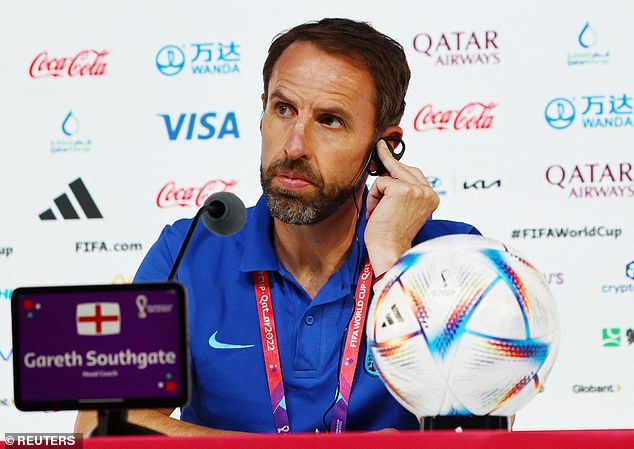 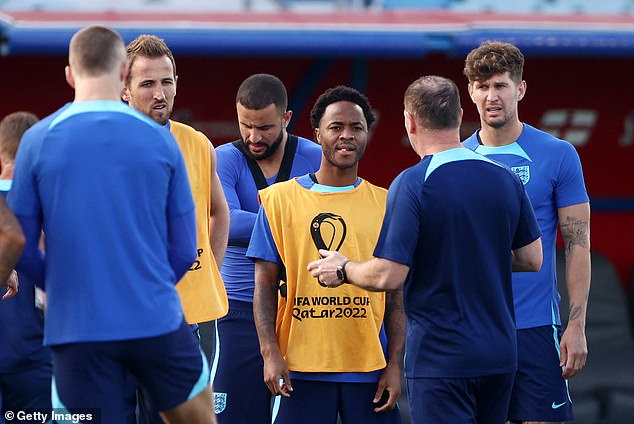 ‘My wife was concerned about that. None of that is helpful. These are the sorts of spin-offs you have when you are involved with England. So I understand where Raheem was in terms of feeling the need to look after his family at that time.’

Following Sterling’s departure on Sunday, the day England beat Senegal 3-0 to reach the quarter-finals, the FA said he had left for ‘family reasons’ while a spokesperson for the player said armed raiders had entered the property while his family were at home.

Surrey Police subsequently said they had received no reports of armed raiders and that the reported theft — of jewellery and watches — was discovered when the occupants returned home from Qatar. 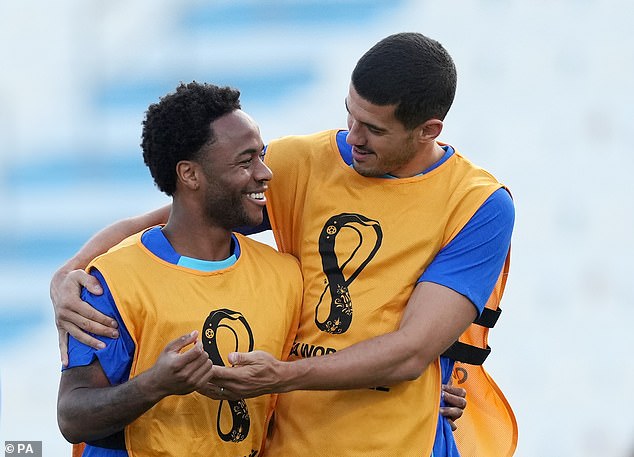 Southgate confirmed Sterling, now back in Qatar, is unlikely to start versus France on Saturday

Southgate, who lives in North Yorkshire, would not be drawn on the detail but spoke further in support of the player. ‘I had a long discussion with Raheem on the morning of the game,’ he explained.

‘What I heard was enough concern that he had for his family, that it was the right thing for him to go home. You know as a manager that if a player is not in the right space to play in the game. If they have got other things going on that are difficult to deal with, I think any modern workplace has got to understand that.’

Southgate added: ‘By the time I’ve seen how he is physically and had a chance to chat with him, I’ll know if he can play some part in the game but he’s obviously not going to start.’