Home » Soccer » Southampton vs Liverpool prediction: How will Premier League fixture play out?

Southampton vs Liverpool prediction: How will Premier League fixture play out? 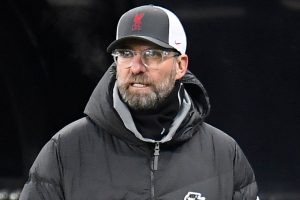 Southampton and Liverpool are both looking to start 2021 with a win in the Premier League tonight.

Both teams ended 2020 with goalless draws against West Ham and Newcastle respectively.

Jurgen Klopp’s side can move clear at the top of the Premier League with a win as they sit above Manchester United on goal difference.

Liverpool have opened the New Year with a defeat just twice in the last 31 years, and they will feel confident after winning each of their last six league games against Southampton.

The fixture will kick-off at 8pm GMT at St Mary’s Stadium.

The match will be televised on Sky Sports Premier League and Sky Sports Main Event, with coverage from 7pm GMT. Subscribers can also stream the game live on the Sky Sports website and SkyGo app.

Southampton manager Ralph Hasenhuttl returns to the dugout for the visit of Liverpool on Monday night after his self-isolation during the West Ham draw. Jannik Vestergaard and Nathan Redmond remain out, while goalkeeper Alex McCarthy tested positive for coronavirus on Sunday evening, ruling him out here.

Jurgen Klopp could recall Georginio Wijnaldum to the side after he was rested at Newcastle, while Thiago could make just his second league start of the season. Nat Phillips will likely keep his place alongside Fabinho with Joel Matip out.

Southampton are a dangerous outfit, proving that they can step up and threaten teams. Liverpool will be wary though, and with Thiago finding form and Manchester United applying pressure, I think the Reds will find a way to win their first Premier League game of 2021. Southampton 0-2 Liverpool.