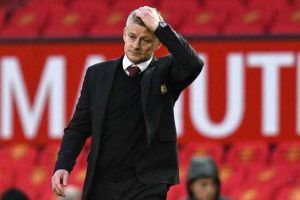 Ole Gunnar Solskjaer rejected the opportunity to make changes to his backroom team at Manchester United, sources have told ESPN, despite concerns among some of the club’s players that the coaching methods and tactical demands were too one-dimensional and lacking in imagination and new ideas.

United confirmed on Sunday that Solskjaer had left his role as manager, a month short of the third anniversary of his appointment, following a 4-1 defeat at Watford which left the team six points adrift of the Champions League qualification positions.

The loss at Vicarage Road was United’s heaviest defeat against a newly-promoted side in over 30 years and the team’s seventh defeat in 13 games in all competitions.

Sources told ESPN last month, following the 5-0 loss at home to Liverpool, that senior players had lost faith in Solskjaer and his coaches.

And sources have now said that several key players had become exasperated by the ability of Solskjaer and his coaches to make the team better, with one source telling ESPN that the players regarded the training as “too British” and unsuited to the requirements of the modern game at the elite level.

Solskjaer’s coaching team was made up of former United players including Michael Carrick and Mike Phelan, as well as Northern Irishman Kieran McKenna. Several other coaches had previously worked with Solskjaer at Cardiff City, where he was relegated from the Premier League, and in Norway with Molde. Solskjaer’s coaching team remains at the club, with the manager the sole departure as things stand. The club hired a set piece coach, Eric Ramsay, in the summer.

Sources have said that the United hierarchy had become aware of the concerns over the quality of the coaching team and “offered Solskjaer every level of support and told him he could have whatever he needed to put it right.”

Executive vice-chairman Ed Woodward was told, however, that Solskjaer believed his coaches were world-class, forcing the club to back the manager’s judgement.