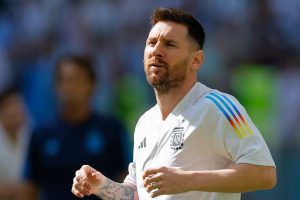 ‘He gets me off my seat like no other player in my LIFETIME’: Graeme Souness says Argentina star Lionel Messi could ‘single-handedly’ carry them to glory in Qatar… while England are ‘not far behind’ the South American nation as favourites

The World Cup is the only trophy missing from Messi’s incredible career, with Qatar expected to be his final chance to win football’s grandest prize.

Souness ahead of Argentina’s opener against Saudi Arabia, described the South American nation as one of the two favourites, and that England are ‘not far behind’ after their impressive 6-2 win over Iran on Monday. 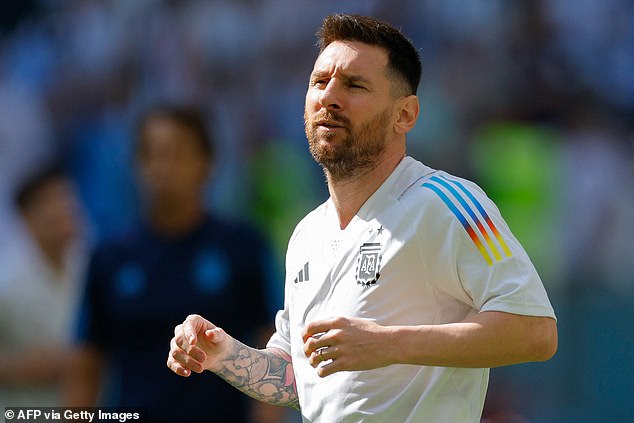 Ahead of their game with Saudi Arabia, he said: ‘Argentina are favourites for me along with Brazil.

‘They have to come into the argument but England aren’t far behind them.

‘I think if we see a version of Messi from seven or eight years ago he could single-handedly carry them to the tournament.

‘Along with Cristiano Ronaldo, maybe the best player I’ve ever seen kick a ball. I think we should treasure these moments. So they are definitely in the argument.’

Souness continued his praise for the Paris Saint-Germain star by claiming that no one has gotten him off his seat more in his lifetime.

He said: ‘I think this is his strongest team he’s played with in the World Cup.

‘It’s such a special event the World Cup you have to expect he’ll turn up. He’s not had a great couple of seasons of late. He’s arguably the greatest player ever – I think Ronaldo is a little bit behind Messi.

‘It’s because of the longevity – he’s done it for such a long time at the very very top.

‘I personally could talk about Messi all day long – he’s such a unique talent. There’s nothing about him to dislike. He works his socks off, he can create, score goals – he gets me off my seat like no other player in my lifetime watching football.’