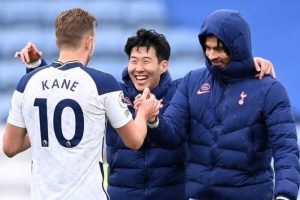 Son Heung-min has committed his future to Tottenham in a welcome boost for Daniel Levy and the forward insists he is not panicking over the prospect of Harry Kane leaving the club. The South Korean was asked whether he is concerned Spurs could lose their talisman this summer after the England captain confirmed there is a conversation to be had with Levy before the start of next season.

Kane was left frustrated by the club’s failure to qualify for the Champions League with Tottenham set to play UEFA Conference League football next term.

The 27-year-old has made no secret of the fact he may now choose to depart north London with Manchester City, Manchester United and Chelsea all reportedly interested in his services.

Yet for his attacking partner Son, who has also helped keep Spurs’ head above water, Kane’s future is not at the forefront of his mind.

“Has Kane moved already? Everything is not decided,” said Son. “Rather than worrying about his transfer, I am doing my best at Tottenham. 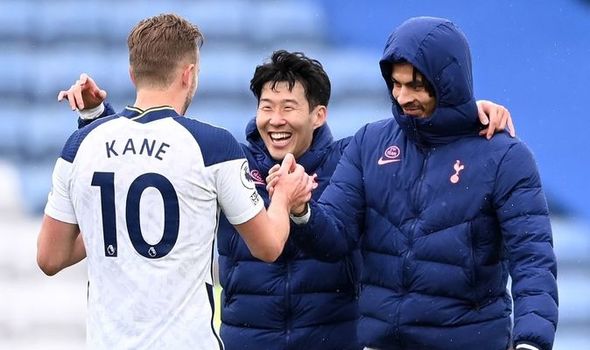 “I want to focus on the national team and Tottenham. Maybe Kane is doing the same, he is busy preparing for the Euros.”

Although conversations regarding his future may go on in the background, Kane’s full focus is currently on the European Championships.

Once the tournament is completed, the striker is set to decide whether he stays or jumps ship. He has already highlighted that he doesn’t want to have any regrets once he calls time on his career.

Spurs chief Levy does hold all the power though given Kane is tied down to a long-term contract until 2024.

Talks between Antonio Conte and Tottenham were advanced yesterday but the Italian wants assurance Spurs will not entertain offers for Kane.

Should he land the job, one of Conte’s first tasks in his new surroundings will be to convince Kane to stay at the club.

Back in 2017 while in charge of Chelsea, the 51-year-confessed his admiration for the Premier League Golden Boot winner, who will be central to his plans if he is appointed as Spurs’ new boss.

Tottenham is a really good squad if they are able to keep all the players,” said Conte. 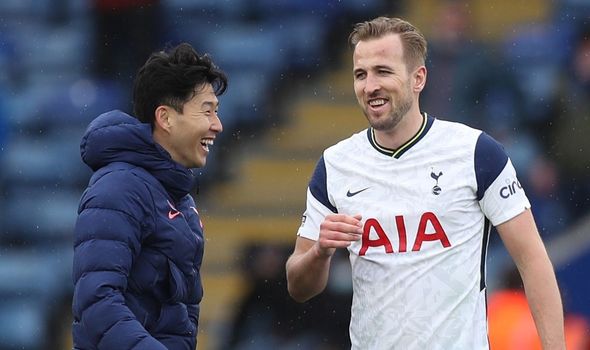 “For me, Kane, now, is one of the best strikers in the world. If I had to buy one striker I would go to Kane. He is a complete striker.

“He is strong physically, with the ball, without the ball, he fights and he’s strong in the air and acrobatic on the right and the left. He’s a complete player.

“He’s one of the top strikers in the world. If you go to buy Kane now it would be at least £100m.

“At least. For me, if I see this price for a striker I know for sure he’s a big striker.”