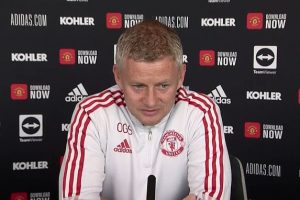 Ole Gunnar Solskjaer has confirmed Jadon Sancho could make his Manchester United debut in their Premier League opener against Leeds United on Saturday – but Raphael Varane’s move hasn’t yet been completed.

Sancho, the £73million arrival from Borussia Dortmund, has trained this week and could feature at Old Trafford despite Solskjaer saying it ‘could take some time’ for him to regain match sharpness.

But Varane’s £42m transfer from Real Madrid isn’t 100 per cent done as yet. 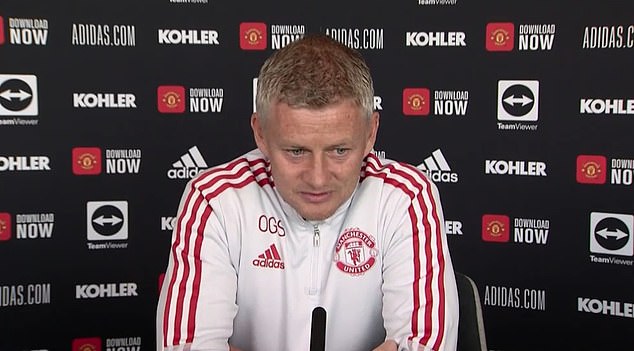 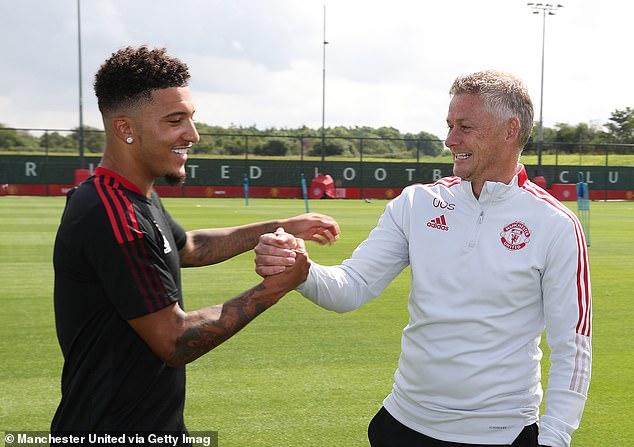 Solskjaer said: ‘Jadon is going to be involved, definitely. He had a good week.

‘Unfortunately he was ill after his holiday but we have had a good few days of training, he’s gelled with the group and been sharper than expected. I can’t say if he’ll start or not.’

He added on Varane: ‘He hasn’t trained with us and all the dots over the I’s and crossed the T’s aren’t done yet. Things always happen and take time.

‘Unfortunately with the [Covid] isolation, this has delayed things so it’s not 100 per cent done yet.

‘I can’t say he will be involved tomorrow, I can probably say he won’t be. The big hold-up was quarantine and isolation.

‘He’s been in Manchester and it will be done soon.’ 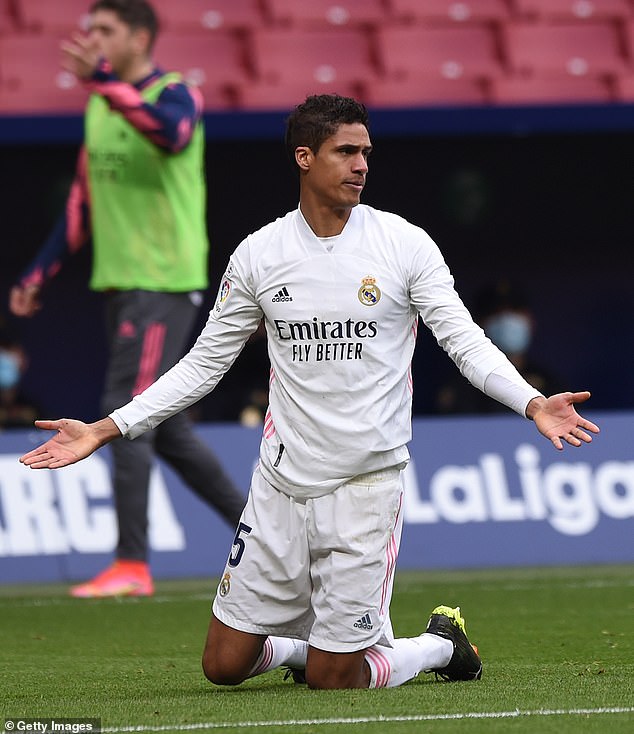 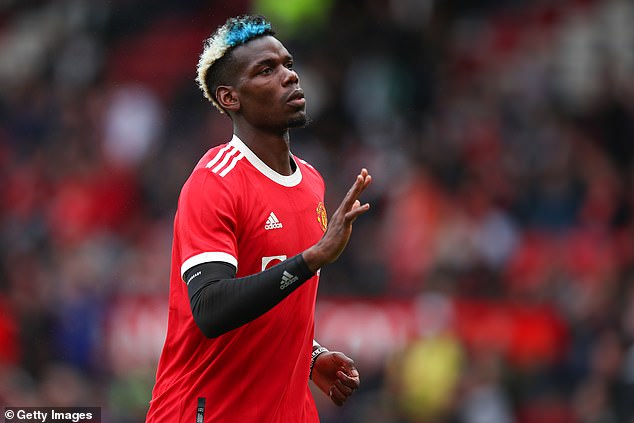 Solskjaer reiterated that Paul Pogba won’t be moving this summer as he enters the final year of his contract after interest from Paris Saint-Germain faded following their signing of Lionel Messi this week.

The United boss said: ‘He’s a Manchester United player. He has one year left on his contract.

‘Every discussion I have with Paul is a positive one. He knows what we want and hopefully it keeps on in the background and Paul and us together will make decisions.’

It was a similar message for suitors of United’s French forward Anthony Martial ahead of the final two weeks of the transfer window.

‘I wouldn’t be surprised if other teams target Anthony because he’s a very good player. But I have no plans for him to play against us.

‘He has come back strong and with a determination to prove his quality because last season was a disappointing one for him.

‘You can see the bit between his teeth.He has proven the doubters wrong so many times.’