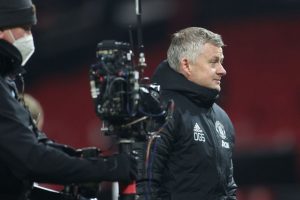 Eric Bailly was forced off with a suspected neck injury against the Hornets, while Ole Gunnar Solskjaer later admitted his preparation for the game had been by hit by three injury blows.

The Red Devils fielded a much-changed side for Saturday's third-round clash – with the manager revealing afterwards that Victor Lindelof, Luke Shaw and Paul Pogba had all suffered injuries in the run-up to the game.

The quadruple blow is bad news for Solskjaer, with United travelling to Burnley on Tuesday hoping to go top of the Premier League.

A win at Turf Moor would see the Red Devils climb three points clear of Liverpool ahead of what promises to be a mammoth showdown at Anfield next weekend.

But the injuries to Bailly, Lindelof and Shaw could leave Solskjaer short of defensive options for the two Premier League games.

Asked after the Watford game about Bailly's condition, Solskjaer said: “I honestly can’t tell you, he got a good whack.

“I don’t think it’s concussion so that is a positive but we have got to do scans. I think it’s his neck. It’s sore.

"Hopefully it’s just a muscle injury. We’ll check him tomorrow and hopefully he won’t be out too long.”

The manager was also asked why Lindelof, Shaw and Pogba had been missing from the squad, and said: "They are injured.”

Bailly has won praise for his performances at the heart of United's defence in recent weeks, but had to be replaced just before half-time on Saturday.

But the centre-back took to Twitter to reassure fans later on Saturday night, posting: "Good job by the team to advance in the #FACup. I am OK, it was just a knock."

Scott McTominay scored five minutes into Saturday's clash at Old Trafford, but United were unconvincing as the likes of Brandon Williams, Axel Tuanzebe, Jesse Lingard, Donny van de Beek and Dan James were all given a chance to impress.