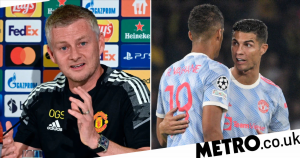 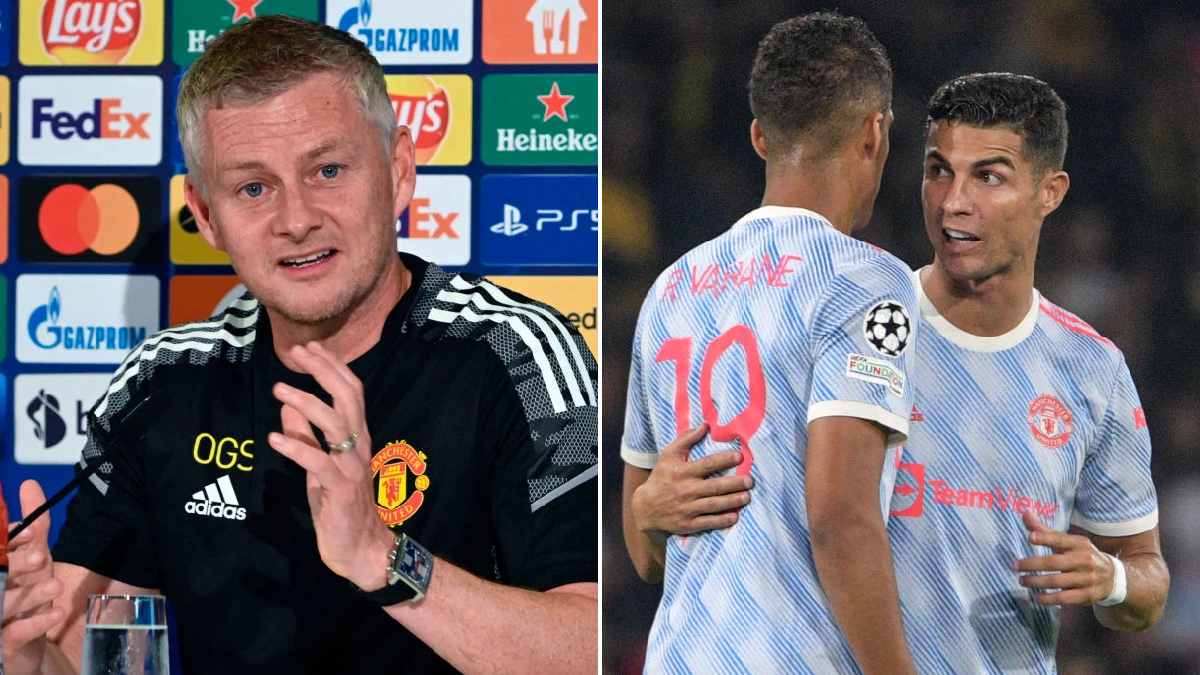 Ole Gunnar Solskjaer has explained why he subbed off Cristiano Ronaldo and Bruno Fernandes during Manchester United’s Champions League defeat to Young Boys.

The Red Devils conceded a dramatic injury-time goal as they were beaten 2-1 by Swiss side Young Boys despite Ronaldo giving the visitors an early lead with his third goal for the club in two games.

But Manchester United were reduced to ten men before half-time when Aaron Wan-Bissaka was shown a straight red card for a heavy challenge, and the momentum swung in Young Boys’ favour.

The hosts equalised after the break through Moumi Ngamaleu and Jesse Lingard’s costly mistake was pounced on by Jordan Siebatcheu, who scored a late winner to spark wild celebrations in the Wankdorf Stadium.

Ronaldo and Fernandes were both off the pitch when Young Boys scored their winner, having been replaced by Lingard and Nemanja Matic with 20 minutes remaining.

Explaining why he subbed off the influential Portuguese duo, Solskjaer said: ‘The game had gone 70-odd minutes, they had been running a lot both Saturday and today, the astro-turf takes it toll as well, and we wanted Nemanja’s experience to keep hold of the ball and Jesse’s legs.

‘We have to look after Cristiano and it felt like the right moment to take him off.’

On Manchester United’s agonising defeat, Solskjaer added: ‘It looked like it would be a well-earned point in a difficult game. The sending off obviously had an impact.

‘We need to win our home games now. It’s a missed opportunity tonight, of course, but we’ve still got five games to get the points needed to go through.’

Red Devils captain Harry Maguire, meanwhile, has backed Lingard to ‘pick himself up’ after his mistake gifted Young Boys a late winner in the Champions League opener.

‘That’s football. People make mistakes, we’re not blaming Jesse,’ Solskjaer said. ‘I’m sure everyone on that pitch today has made a mistake. I’m sure Jesse will pick himself up.

‘It’s the first game in the group. We’ve got many games to bounce back and we must do. We’ll try and pick up three points in our next game and build momentum from there.

‘We started the second half well. I think the changes helped us defend crosses a lot better. We couldn’t really control the box with a back four. They didn’t really have any major chances. It’s disappointing to take at the end.’