‘He is under the spotlight and I hope he shows us his enormous talent’: Santiago Solari challenges Gareth Bale to shine following El Clasico criticism

Bale, Real’s record signing, has been in the firing line this week for a limp display in the thrashing at the Nou Camp.

The result led to coach Julen Lopetegui being sacked after a fourth league defeat in five games, which has left the team ninth in La Liga. 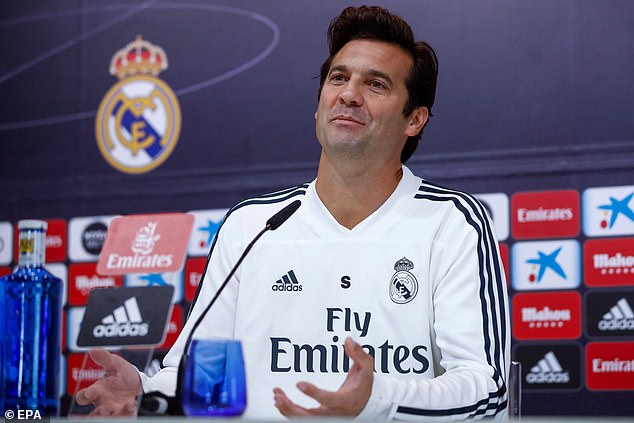 The Wales forward is yet to step up and become the club’s talismanic figure since Cristiano Ronaldo left for Juventus, and he was criticised above all for failing to press opponents and do defensive work as Barca ran riot late in the second half.

‘Bale is under the spotlight and I hope he shows us his enormous talent,’ Solari told a news conference ahead of Real’s La Liga game at home to Real Valladolid on Saturday.

‘We want to enjoy him every day, he’s a fantastic player.’

Bale has good memories of facing Valladolid at the Santiago Bernabeu, having scored a hat-trick in a 4-0 win against them in his debut season for Madrid.

Valladolid, owned by former Real and Brazil striker Ronaldo, are one of the surprise packages of this La Liga season and are undefeated in their last six outings, currently sitting three places above Madrid in the standings.

Solari, who oversaw a 4-0 win over third division side Melilla in the Copa del Rey on Wednesday with impressive displays from youngsters such as Vinicius Jr and Alvaro Odriozola, also warned Real’s more senior players that their place in the team was not guaranteed. 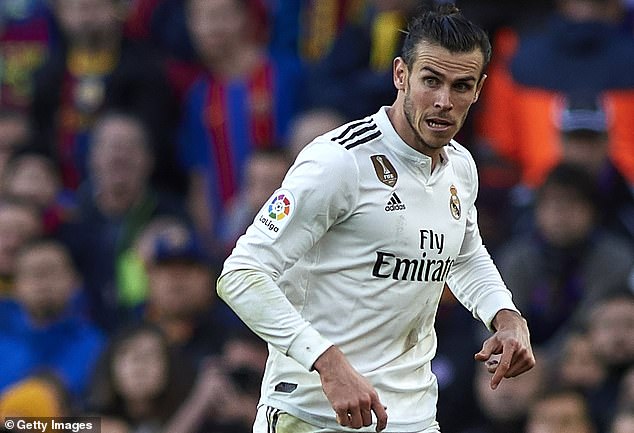 ‘There are no unquestionable players here because there will always be injuries or players who are performing below their level,’ he said.

Solari will be forced to lean on his squad against Valladolid due to a spate of injuries in defence, with Raphael Varane, Dani Carvajal and Marcelo all unavailable, while striker Mariano Diaz has also been ruled out. 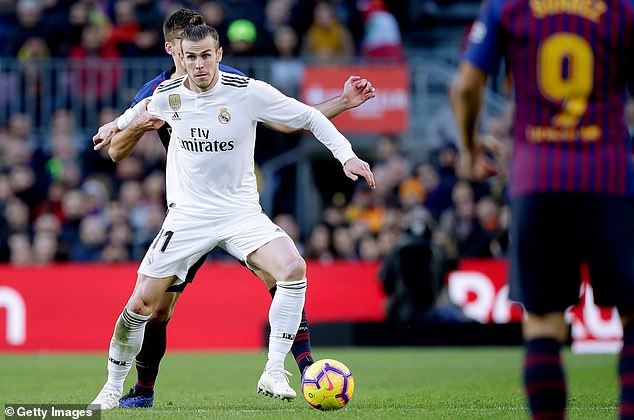 A Champions League winning midfielder with Real in 2002 and a former Argentina international, Solari has been coach of the club’s reserve team, Castilla, since 2016.

If Real do not name a successor to Lopetegui by Nov. 12, the Argentine will automatically become Real’s coach until the end of the season.

The Spanish football federation’s regulations state that an interim coach can only be in charge for a maximum of two weeks.