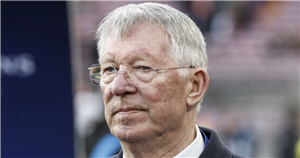 Manchester United hero Sir Alex Ferguson was given a 20 per cent chance of survival by a consultant neurosurgeon after suffering a brain haemorrhage back in 2018.

Although Ferguson thankfully went on to recover after the successful operation, he has now spoken about his fears during what was a scary period for his family and friends.

The revelation comes in a new film, Never Give In, which details the life of the Scottish boss and touches on how close he came to losing his life.

“I remember falling, after that I don't remember a thing,” said Ferguson.

“I just suddenly stopped. I was in no man's land.

“That day there were five brain haemorrhages and three died. Only two survived, I was one of them. So you know you're lucky. It was beautiful weather, I always remember that.

“You're looking out of the hospital window and you're saying 'I wonder how many more sunny days I'm ever going to see again?' I found that difficult. “Then I lost my voice, I just couldn't get a word out. That was terrifying, absolutely terrifying.

“Everything was going through my mind – 'is my memory going to be back and am I ever going to speak again?'

“I would have hated to have lost my memory. It would have been a terrible burden on the family, if I'm sitting in the house and I don't know who I am.

“Eventually, after 10 days, my voice came back. I realised then, having gone through all that, my memory was fine.”

Consultant neurosurgeon Joshi George said: “I remember estimating his mortality at that point in time at 80 per cent.

“As in, there was an 80 per cent chance he would not survive.”

READ MORE: Elliott banned for one year after investigation into dead horse photo