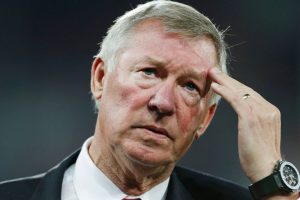 Sir Alex Ferguson has insisted he only ever had four world-class players while in charge at Manchester United.

His Red Devils team dominated the Premier League for decades, totting up trophies for fun along the way.

The Scotsman has a stand named after him at Old Trafford as a mark of respect to the 27 years in spent in the dugout.

Along with 13 Premier League wins were a collection of FA Cups, League Cups and Champions League trophies.

Fergie's squad boasted the biggest and best names in England, including the likes of Wayne Rooney, David Beckham, Gary Neville and Roy Keane.

But none were branded world-class by the big man, with only four players under his stewardship being awarded that title.

In his book 'Leading', Sir Alex gave a run-down of the stars he coached.

“If you read the papers or listen to the television commentators, we seem to be awash with ‘world-class’ footballers,” he wrote.

“I don’t mean to demean or criticise any of the great or very good footballers who played for me during my 26-year career at United, but there were only four who were world class: Cantona, Giggs, Ronaldo and Scholes.

“And of the four Cristiano was like an ornament on the top of a Christmas tree.”

Leaving out the likes of Rooney and Beckham, as well as Rio Ferdinand and Peter Schmeichel, stand out but Ferguson insisted they were just "great players".

"But these players elevated themselves above all that," he added.

"The younger breed like Ryan and Scholes were just fantastic players and the thing about those two was longevity.

"Are there players who have played right through the whole of the Premier League and performed at the level they have? There are none, absolutely none.

"Of course Ronaldo was just a complete genius of a player."

READ MORE: Hulk fumes after being scratched and gets sent off for ‘fighting back’ in big brawl