Sheffield United’s promotion to the Premier League has been welcomed and celebrated in many areas of English football – even, in a surprising twist, by their neighbours and rivals.

Dejphon Chansiri, chairman of Sheffield Wednesday, released a statement via the club website on Tuesday saying they ‘wish United well’.

While the statement is clearly well-intentioned, it has not gone down well with many Wednesday fans on social media, who are unhappy at seeing their won club join the celebrations of their rivals. 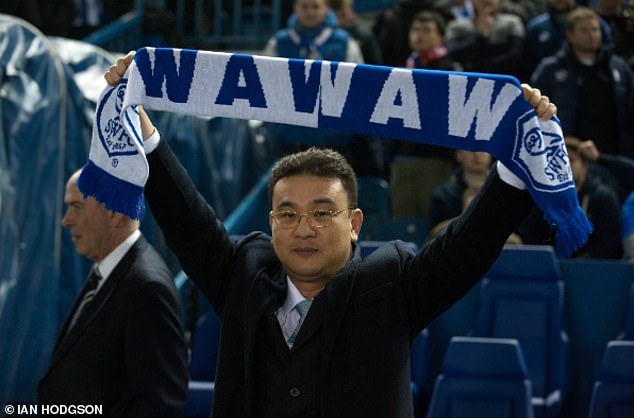 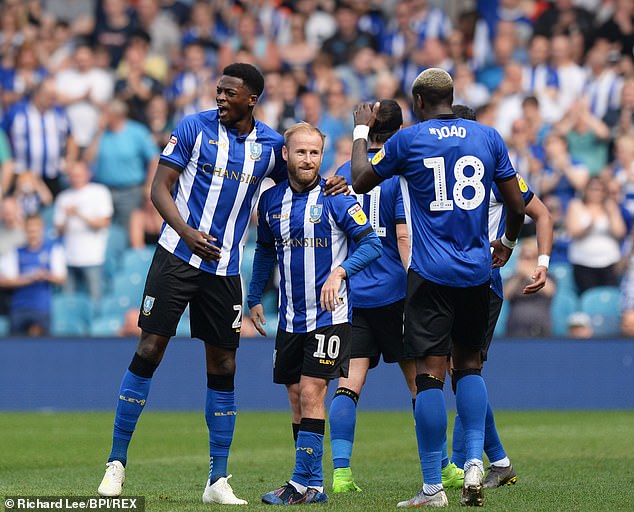 Wednesday will remain in the Championship next year, with United in the Premier League

The statement reads: ‘Few things in life unite and divide opinion like football, but one thing at this stage of every season is undebatable and I would like to offer the warm congratulations of everyone at Wednesday to everyone at our neighbours Sheffield United for their achievement of promotion.

‘We may be rivals but we are friends of the same city that holds such unique tradition in the football world. Recognition in the Premier League can only benefit Sheffield and we wish United well, whilst promising our loyal supporters that we will be giving our absolute best to ensure Wednesday will be tasting the same success this time next year.

‘We must also congratulate Norwich City on their promotion and offer our commiserations to Ipswich Town, Bolton Wanderers and Rotherham United. We wish you a speedy return to the Championship.’ 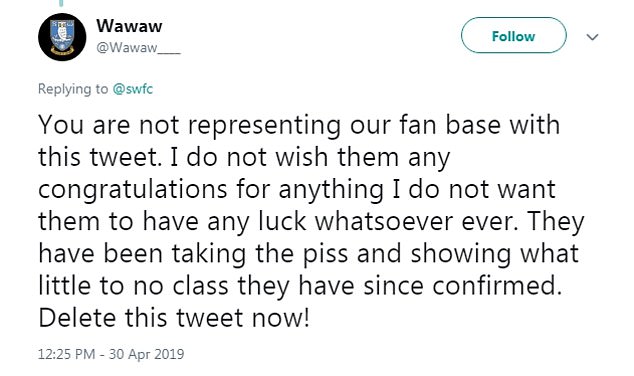 The statement, wishing United luck next season, was not echoed by many fans on social media

Norwich, who were also congratulated by Wednesday, tweeted their appreciation

The statement provoked an outpouring of anger from Wednesday fans on social media, some describing it as making them feel ‘sick’, and not representing the feeling among the majority supporters.

However others praised Chansiri’s message, describing it as ‘classy’, while Norwich’s official club account thanked Wednesday for their support.

As yet there has been no official response from United, who were confirmed as returning to the Premier League after a 12-year absence on Sunday, after Leeds’ controversial draw with Aston Villa.

Wednesday by contrast are ninth in the Championship, and will be a division below their rivals next season after failing to reach the play-offs.