Shaky start but £44m Fabinho could just be the new Gerrard

They know all about the Fab Four in these parts. The Fab One, not so much. On the evidence of Wednesday night, that may soon change.

Fabinho, the £43.7m summer arrival who has so far made just one start, was belatedly handed a ticket to ride for Liverpool’s Champions League clash with Red Star Belgrade.

It was seen as something of a coup for Jurgen Klopp when the Anfield side announced they had captured the Brazilian from Monaco. 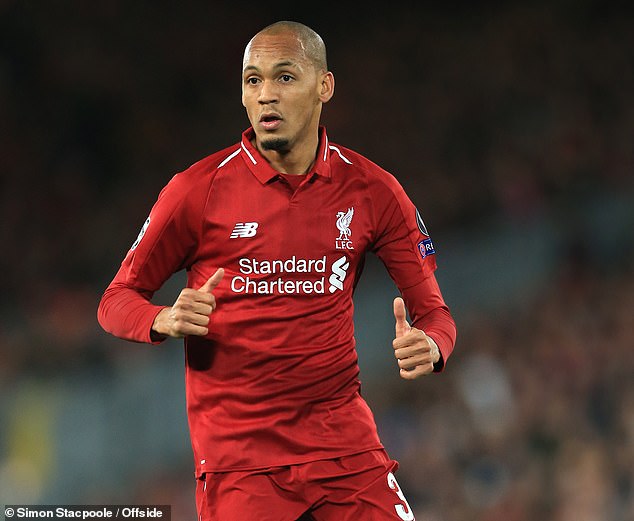 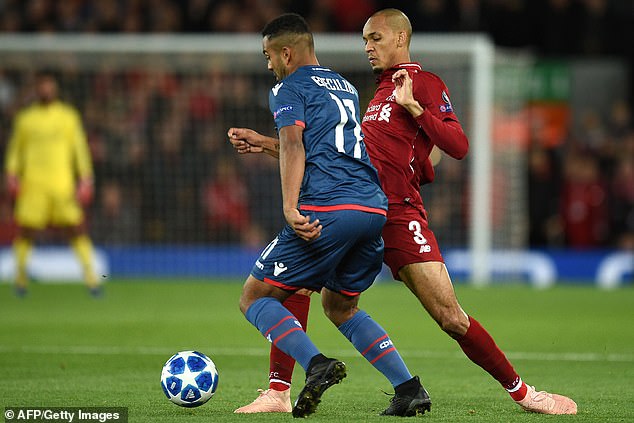 Regarded as one of the finest defensive midfielders in Europe, Manchester United were among those who liked what they saw. However, Merseyside minutes have been hard to come by.

Not that there was any chance of the all-Liverpool crowd missing him, resplendent in bright salmon pink boots.

In the opening exchanges, with Liverpool slow and off-pace, Fabinho appeared to be a fish out of water.

Early on, he missed a loud cry of ‘man-on’ from the Kop, to have his pocket picked following a square pass from Georginio Wijnaldum. Presumably, his English requires some work. 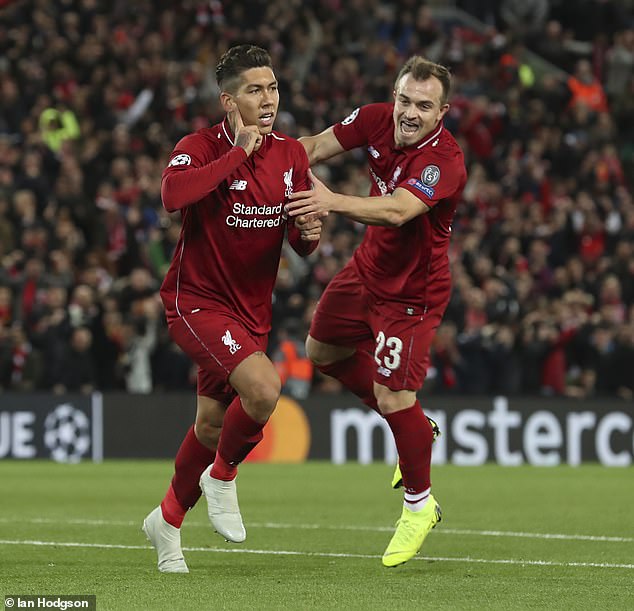 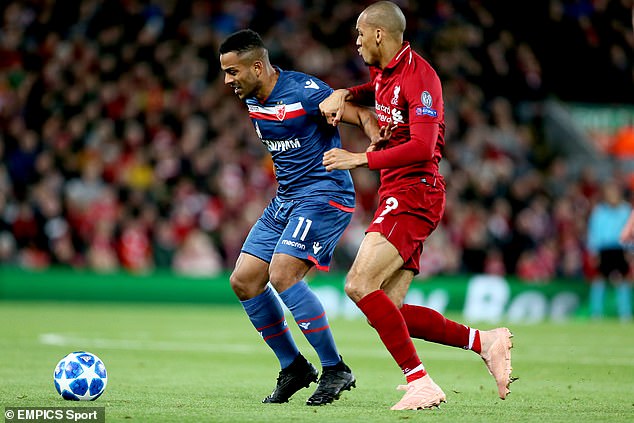 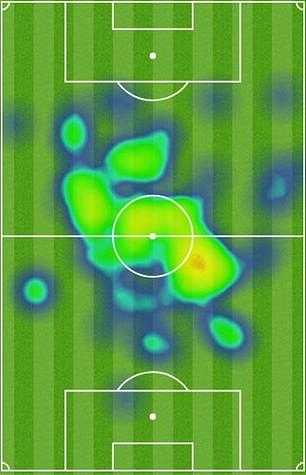 It got worse, and on 14 minutes a rash, mistimed tackle on El Fardou Ben Nabouhane, Red Star’s Comorian striker, may well have produced a yellow card. There were murmurs of discontent but there was also promise.

Just five minutes later, Fabinho intelligently teed up Mo Salah for the kind of chance the Egyptian would have scored last season.

The Brazilian’s brainpower was also on display as he often dropped deep to a central defensive position to kick start attacks and keep the rhythm of Liverpool’s play flowing.

There were still wobbles, including an impression of a statue when Red Star’s Marko Gobeljic waltzed by.

But there were also thunderous, ball-winning challenges, appreciated by a curious Kop. 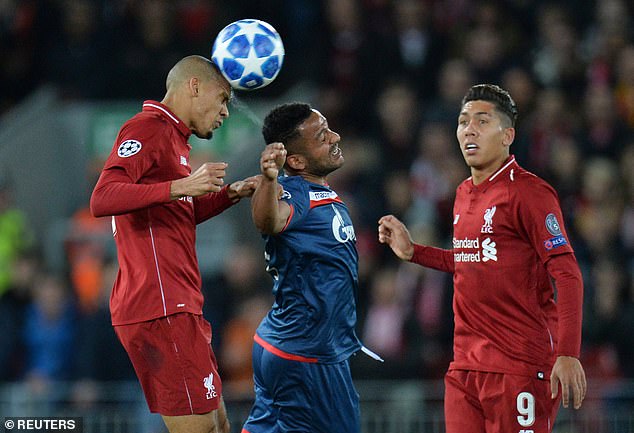 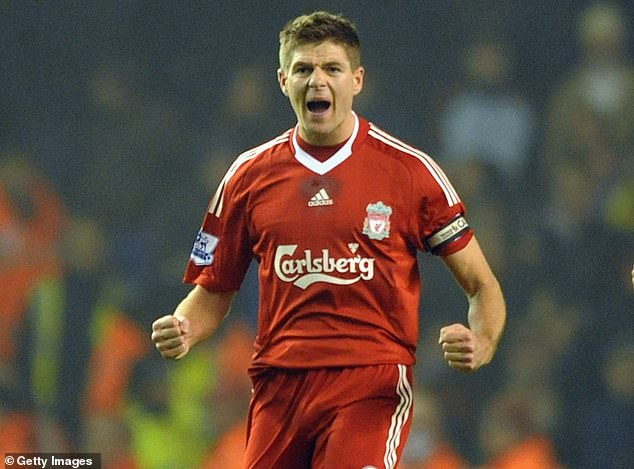 In his preview to the match against a side that appears to be destined to become the whipping boys of Group C, Klopp had asked for patience, pointing out that Monaco’s sedate system is a world away from Liverpool’s organised chaos.

He had also spoken of Fabinho’s array of talents. All of a sudden they were on display. One minute he was breaking up play, the next spearheading incisive attacks at the other end with one ball in particular for Trent Alexander-Arnold a beauty.

This was something new. A ball-playing yet shielding presence in front of the back four. Something perhaps not seen since, whisper it quietly, a certain Steven Gerrard.

They are big boots to fill and this is very, very early. Despite Klopp’s claims otherwise, the opposition was simply not very good. The signs from the number three, however were just that.

Fabinho turned 25 on Tuesday and Klopp described a place in the starting line-up as a nice present. There were to-be-expected rusty moments, included a second-half shot blasted wide, but he returned the favour on a night which finally hinted at what might be to come. Don’t Let Me Down? Not a chance. 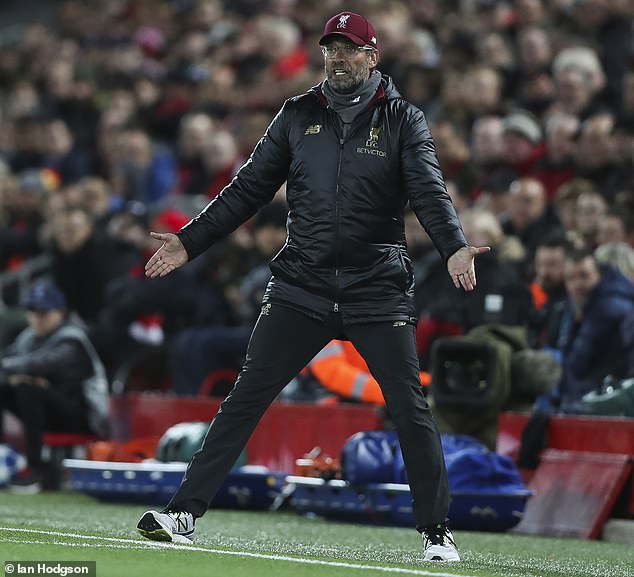 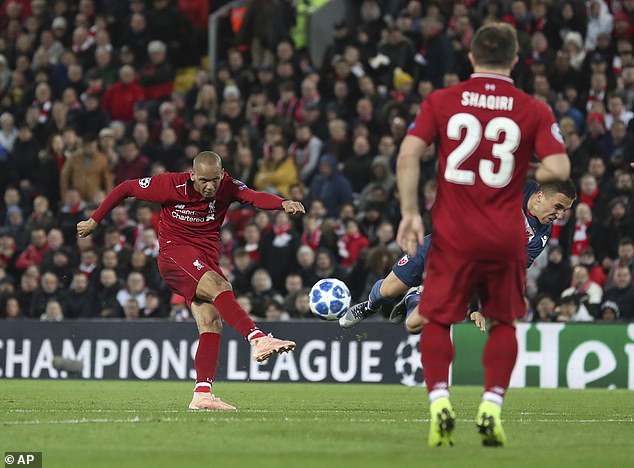