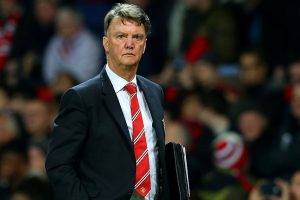 Louis van Gaal made plenty of changes during his two seasons as Manchester United manager with reports suggesting that allowing seven players to leave ripped the “heart and soul” out of the club.

Van Gaal replaced David Moyes at Old Trafford in 2014 and departed in 2016 having won the FA Cup just days earlier.

The Dutchman immediately made his mark at the Premier League giants, allowing club heroes Rio Ferdinand, Nemanja Vidic, and Patrice Evra to leave in July 2014.

They were followed by Darren Fletcher in the winter window while the following summer saw Jonny Evans, Rafael and Nani all exit.

And the Athletic say that many feel the heart and soul of the club was lost during this period under former Barcelona and Bayern Munich boss Van Gaal.

United have struggled since Sir Alex Ferguson retired in 2013 with current boss Ole Gunnar Solskjaer the fourth to be in charge since the Scot left.

Solskjaer replaced Jose Mourinho who, in turn, had been appointed following the sacking of Van Gaal. Van Gaal insists he doesn’t have regrets over his time with Manchester United though recently admitted he felt betrayed.

He said: “I feel betrayed because what I hear from a lot of people is it [sacking] was already done in December, January. I spoke every week with [the executive vice-chairman Ed] Woodward.

“After three lousy defeats in December, when we also went out of the Champions League, I have spoken with him and I said: ‘I can understand that you sack me.’

“In a club like Manchester United you cannot lose three times in a row. Then he said: ‘No, never. I never shall fire you. Believe in yourself. Don’t read the papers.’

“I think then you can feel betrayed but now I can better understand because he knew that the next year I would say goodbye.

“On the market was Mourinho. He is also a very good manager and Woodward thought that he had secured for Manchester United Mourinho’s top managerial level for years.”