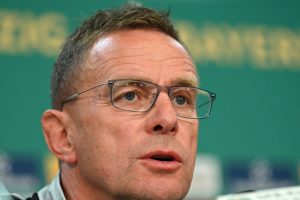 United have reportedly agreed a deal to hire Rangnick, who is expected to join the club as interim manager until the end of the season.

The 63-year-old is currently head of sports and development at Lokomotiv Moscow, but according toThe Athletic, United will soon hire him as interim boss before he moves into a two-year consultancy role in May.

The German has been in management since 1983 and is known as the father of gegenpressing due to his work with Hannover, Schalke, Hoffenheim and RB Leipzig.

While his primary duty will be to improve the team which Ole Gunnar Solskjaer left behind, Rangnick will likely also have a say on transfers.

It is his time at RB Leipzig between 2015 and 2019 which is most relevant here – and his track record is extremely successful.

According to Bild journalist Stefan Krause, who was recently interviewed byMilanNews, Rangnick has never signed a player over the age of 24.

That is a pretty significant philosophy – and one which could have an immediate impact on United’s plans in the transfer market.

Here, Daily Star Sport takes a look over seven players over that age threshold who have been linked with a move to Old Trafford recently, whose transfers could now be in jeopardy.

United have been strongly linked with a move for Atletico Madrid right-back Kieran Trippier over the past six months.

The club explored the possibility of signing him in the summer to provide competition for Aaron Wan-Bissaka and only backed down due to Atleti’s asking price.

Trippier is understood to be keen on a move back to the Premier League and was reportedly looking at houses near Manchester in the summer.

However, the arrival of Rangnick could well put a halt to the interest from United, given Trippier is 31 years old – way over the German’s high water mark.

Kane was another player involved in a transfer saga over the summer, only with Manchester City, not United.

The Tottenham striker was desperate to leave north London, but chairman Daniel Levy would not play ball with potential suitors.

Kane is an elite goalscorer but is under contract with Spurs until June 2024 and is now 28 years old, meaning a future move to Old Trafford is very unlikely.

Italian outlet Tuttosport recently reported that United were interested in signing Inter’s Brozovic as they bid to end their ongoing problems in holding midfield.

Brozovic is out of contract with Inter in the summer and represents a cut-price and experienced option.

But – you guessed it – he’s 29 years old. United do need a holding midfielder, with Fred, Scott McTominay and Nemanja Matic struggling, but the Croatian might not be the man for the job.

HAVE YOUR SAY! Who should Manchester United target in the January transfer window? Comment below.

"I like the Premier League and in particular Manchester United," Kessie toldTutto Mercatoin 2017. "A team for which I dream of playing.”

Kessie is another midfielder who is out of contract in the summer and has been linked with several clubs recently because of it.

The AC Milan midfielder looks a great prospect, yet he will turn 25 in December and is too obvious to fit the profile of a typical Rangnick target.

The Star reported in Septemberthat United had turned their attention from Declan Rice to Phillips.

Rice’s £90m valuation had spooked United, who saw his England team-mate as a more viable alternative, given the number of clubs also interested in Jude Bellingham.

Phillips is 25 years old and while that could be considered the prime of his career, Rangnick is unlikely to approve.

United signed a 36-year-old Cristiano Ronaldo and a 28-year-old Raphael Varane in the summer, but those days might be over.

Bissouma has been attracting transfer attention for some time due to his impressive displays for Brighton.

The 25-year-old central midfielder is an excellent ball-winner, who alongside Leicester Wilfried Ndidi, has regularly topped the charts for key statistics in the Premier League.

He appeared keen to leave the Seagulls in the summer, but no move materialised in the end, despite interest from Liverpool. His chances of joining United may be about to evaporate.

TheIndependentrecently reported that Netherlands star De Jong had been identified as a potential replacement for Paul Pogba.

Pogba is out of contract with United on July 1 and has so far refused to sign a new deal amid interest from Paris Saint-Germain, Real Madrid and Juventus.

De Jong has reportedly not impressed new Barcelona boss Xavi, who could therefore be tempted to cash in next year so he can reinvest the funds.

The gifted midfielder will turn 25 in May next year and the fact he only joined Barcelona for £65m from Ajax in 2019 means he wouldn’t come cheap.