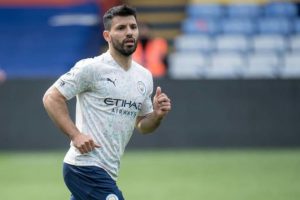 Sergio Aguero’s future is bound to be the subject of speculation ahead of his impending exit from Manchester City this summer. Aguero is poised to leave City next month, calling time on a fantastic 10-year spell with the club.

City announced in March that the 32-year-old would leave upon the expiration of his contract on June 30 after the club took the decision not to renew his deal.

Aguero has struggled with injuries this season, making just 16 appearances across all competitions for Pep Guardiola’s side.

However, his eye-catching fourth goal of the campaign in City’s 2-0 win over Crystal Palace on Saturday has reignited discussion around his future.

Aguero has now scored 182 goals and provided 46 assists in 273 Premier League appearances since signing for City from Atletico Madrid in 2011 and is sure to attract interest in the transfer market.

The Argentina international could provide a more affordable alternative to Borussia Dortmund star Erling Haaland, who is the subject of interest from many of Europe’s elite clubs.

Barcelona are one of those reportedly interested in signing the 20-year-old Norwegian striker, who could command a fee over £100million if he leaves Dortmund this summer.

JUST IN: Mourinho appointment at Roma may be good news for Spurs chairman Levy 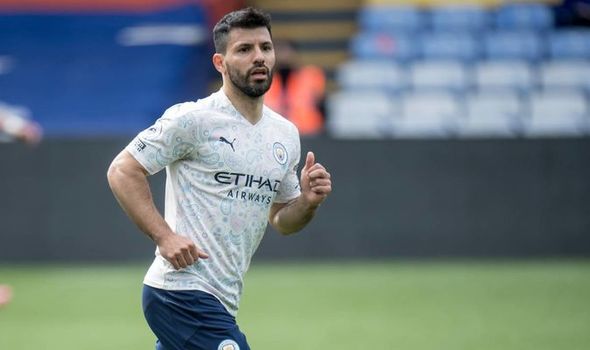 Former Manchester City defender Pablo Zabaleta believes Aguero would be a good fit for Ronald Koeman’s side – and warned City might regret their decision to let him leave.

“I see him at Barcelona,” he told Spanish radio station Cadena Ser, as reported by Sport.

“I’m sure that as soon as he gets better, he’ll be the player we’ve seen for years.

“If he can be physically fit and not have injuries that prevent him from being consistent during the season, he can still have at least two good years left in him.”

Aguero’s powerful half-volley against Crystal Palace caused many to wonder why City are letting their record goalscorer leave, with former Manchester United defender Rio Ferdinand urging Chelsea to make a move for him.

“I think he stays in the Premier League,” Ferdinand on Vibe with Five.

He added: “If I’m them I go and get Aguero if I can’t get a Haaland or someone like that.”

Former Tottenham midfielder Jermaine Jenas made a similar point, saying three Premier League clubs should be interested in his services.

“He’s a winner, he’s a goalscorer and the best goalscorers on the planet are always obsessed by scoring goals,” Jenas told BT Sport.

“If City don’t keep him, I can think of at least three clubs that should be taking him in the Premier League straight away: Liverpool, Chelsea and Tottenham.”