Home » Soccer » ‘Send him to a League One team’: Liverpool fans vent fury at Markovic

‘Send him to a League One team’: Liverpool fans vent fury at Markovic

‘Send him to a League One team’: Liverpool fans vent fury at Lazar Markovic after he appears to mock shock defeat by Red Star Belgrade

Liverpool fans were left angered with Lazar Markovic after he appeared to like the fact that they were stunned by Red Star Belgrade on Tuesday.

The Serbian side caused an upset against last season’s Champions League finalists at home, beating them 2-0 thanks to two quickfire first half goals from Milan Pavkov.

And to make matters worse, Serbian winger Markovic liked a tweet with his country’s flags alongside a heart emoji following the Champions League fixture, which was picked up on by furious Liverpool fans. 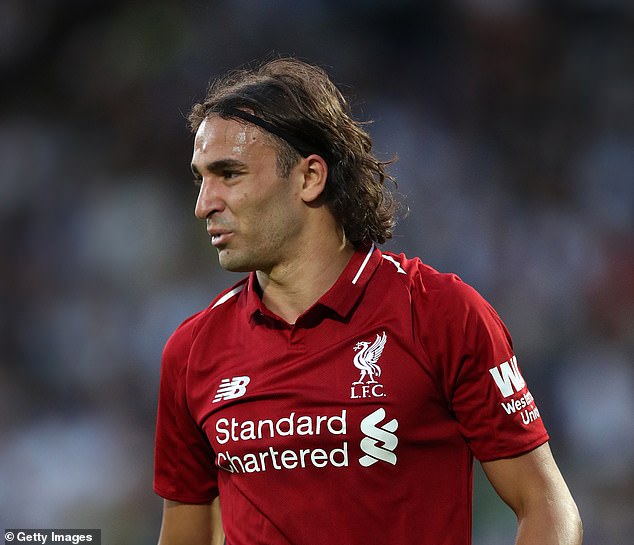 Inevitably, the Reds fans took to social media to direct their anger at the 24-year-old, who joined in 2014 for £20million.

One Liverpool fan wrote on Twitter: ‘Just leave Lazar it’s for the best’.

Someone else said on their page: ‘Markovic liking this is another reason your career is going no where.’

And the anger fury kept coming. ‘Send him to a League One team, the melt’, another supporter said.

Finally another fan claimed that Jurgen Klopp’s side should just terminate his contract and be done with him.

The fan said: ‘It would even be understandable if it was Marko Grujić because he used to play for red star but it seems like Markovic is doing it as a dig at the club… we should just cut our losses and terminate his contract’.

Markovic moved from Portuguese giants Benfica in 2014 but has failed to live up to expectations.

The Serbian has yet to make an appearance this season for Liverpool following disappointing loan spells at Fenerbahce, Sporting Lisbon, Hull and Anderlecht.