Secrets of Southgate's next superstar- Grealish is shining for England

Secrets of Southgate’s next superstar: Jack Grealish is shining for England thanks to Gaelic football, extra sessions with his close friend and Aston Villa fitness coach Oli Stevenson… and training ground naps!

When the lights are switched off at Aston Villa’s body- moor Heath training ground and most players have gone home, the captain is not even thinking about clocking off.

Jack Grealish’s performance for England against Belgium proved what Villa coaches, players and fans have known for some time — this is a remarkable footballer who always had the talent and temperament to shine on the international stage, if only he would be given a chance.

What fewer people recognise is the ferocious dedication Grealish has shown to reach this level. building work at Villa’s training ground means players can no longer sleep on site, but when they could, Grealish would finish his session at lunchtime, grab a bite to eat and a couple of hours’ kip and head to the gym with close friend Oli Stevenson, Villa’s strength and conditioning coach, often staying until 7pm. 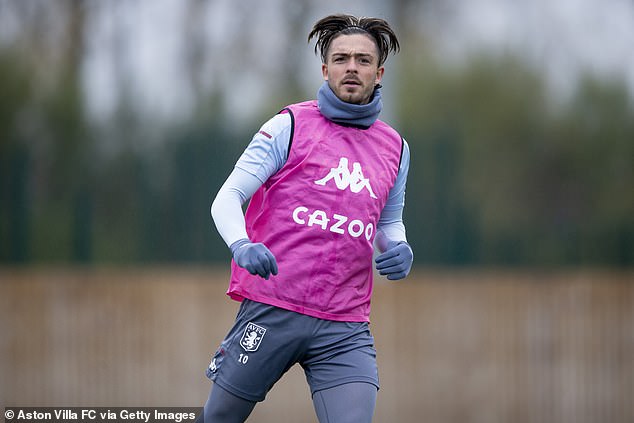 During lockdown, Grealish installed fitness equipment at his home in Barnt Green, a village 10 miles south of Birmingham, where neighbours often spot him pounding the treadmill. He relies on resistance bands to increase strength and power.

As the most fouled player in the Premier League this season, Grealish is often battered and bruised after matches and wears a compression suit to ice his aching muscles and joints. Stevenson has played a key role in Grealish’s rise.

The pair were in the Villa youth set-up together before Stevenson was released in 2013, with illness ending his chances of earning a professional deal. but after a sports science degree at Loughborough university, Stevenson returned to Villa and was soon promoted to work with the first team.

‘He’s worked extremely hard in the gym,’ said Villa boss Dean Smith. ‘His old youth-team mate is our strength and conditioning coach and he spends hours in the gym with him. ‘He’s got unbelievable balance. that comes from the strength work. People try to knock him over but he can go past people either way.’ 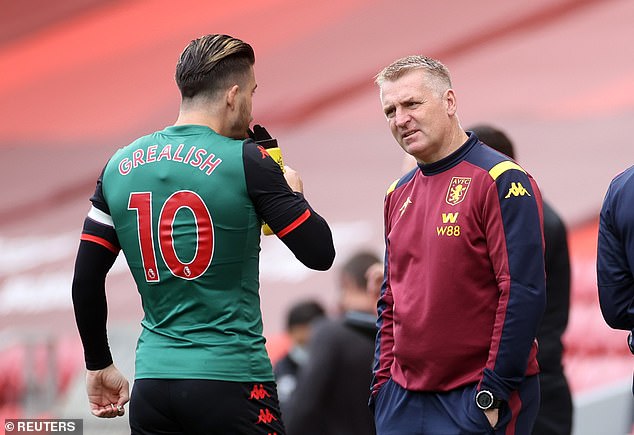 Yet all the gym work in the world can only take a player so far. Luckily for Grealish, he has always had abundant natural ability, which was honed playing Gaelic football for the John Mitchels club in Solihull, West Midlands, where he grew up. ‘I loved playing Gaelic football when i was younger and I think it played a massive part in my development as a footballer,’ Grealish has said.

His coaches at the time watched the Belgium game with huge pride — tinged with some disappointment that he chose England rather than Ireland, the country of his grandparents. The qualities that bamboozled the Belgians were apparent when Grealish was playing Gaelic football, aged 12.

‘Jack was superb at soloing (the equivalent of dribbling),’ says JP Walsh, chairman of John Mitchels. ‘People still talk about a goal he scored when he ran the length of the field. He was very courageous, very strong on the ball, not frightened of taking responsibility.’ 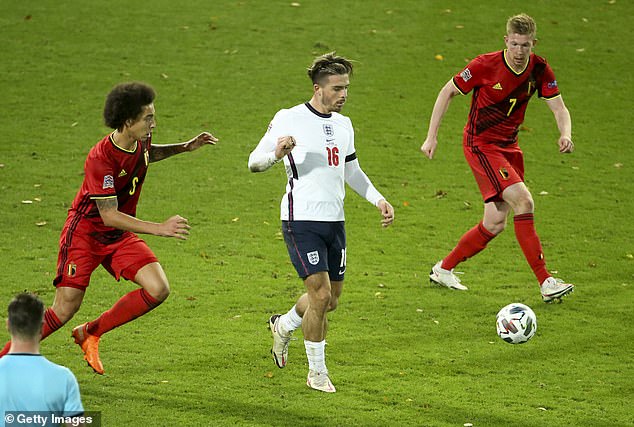 Some players would have been nervous at playing their first competitive international against the world’s no 1 ranked team, but those close to Grealish say he simply could not wait to get out there. Having studied clips of Kevin De Bruyne in the hours before the game, the 25-year-old was desperate to test himself against the Manchester City midfielder. ‘It was the best of the three performances he has had and against top-level opponents,’ noted England manager Gareth Southgate.

At times last season, Grealish felt the burden of being Villa’s main man, yet with better players arriving last summer, and others — like John Mcginn — back to full fitness, he has taken his game to another level.

After his display in Leuven, Grealish cited De bruyne and Philippe Coutinho among his favourites but Francesco Totti is another player he should aspire to emulate. Like the Roma great, who played until he was 40, Grealish carries the hopes of one half of a major city. Like Grealish, Totti was not trusted at first at international level.

Yet at 23, he was man of the match in the Euro 2000 final and helped Italy win the World Cup six years later. Totti’s work in that final 20 years ago was in vain as Italy were beaten by France. Grealish is so confident that he will believe he can match Totti next summer.