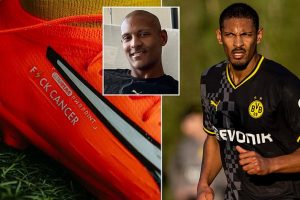 Borussia Dortmund striker Sebastian Haller has revealed a new pair of boots with ‘f*** cancer’ written on them.

The 28-year-old was diagnosed with a testicular tumour shortly after signing for the German club last summer, and was only able to return to full-time training this month. 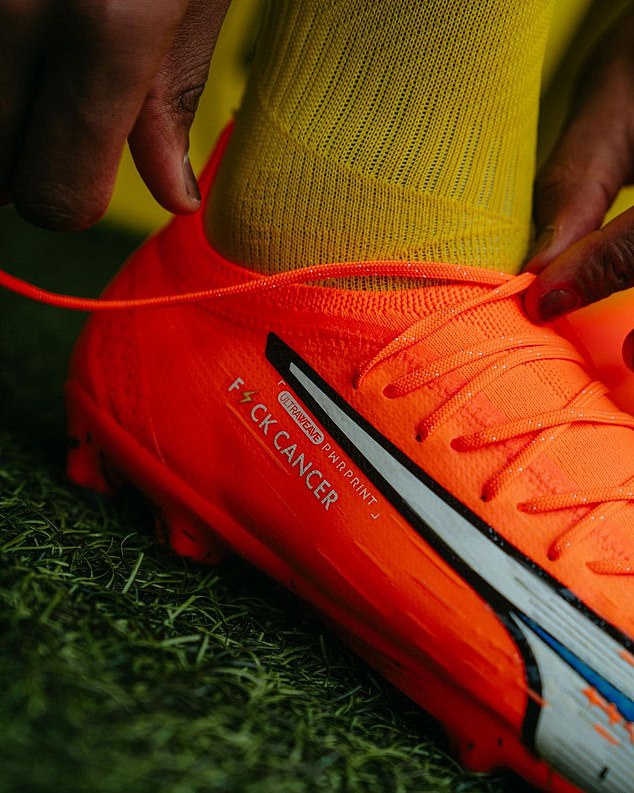 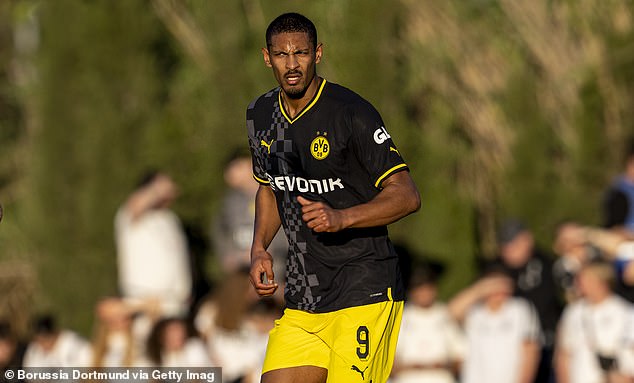 Haller now looks set to make his first competitive appearance for the club as they face Augsburg in the Bundesliga on Sunday, and has unveiled a new pair of boots to mark the battle that has kept out of football for the past six months.

The ‘f*** cancer’ message comes on a pair of orange Puma boots, and the manufacturer posted a picture of them with the caption ‘the best comeback of the year already.’

It has been a remarkable recovery from Haller, who joined from Ajax for £31m in July, but fell unwell in training just two weeks later and medical examinations confirmed that he had a tumour.

Haller had to undergo chemotherapy and two operations in the final months of 2022, but has never given up hope of making a return to the pitch. 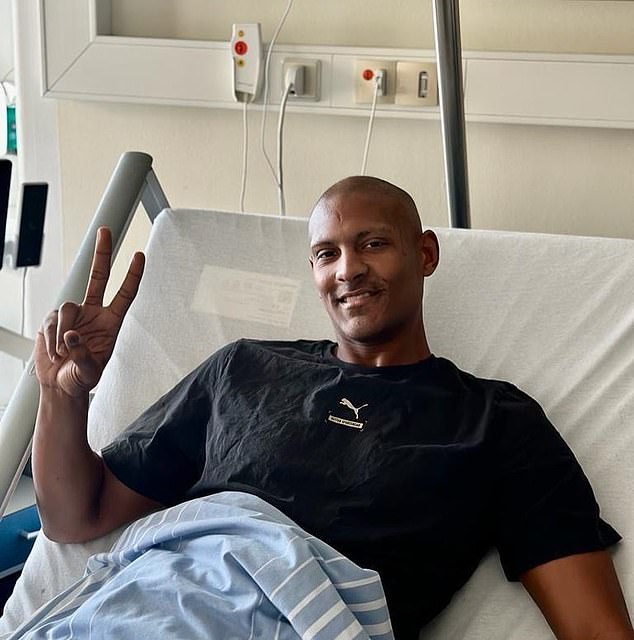 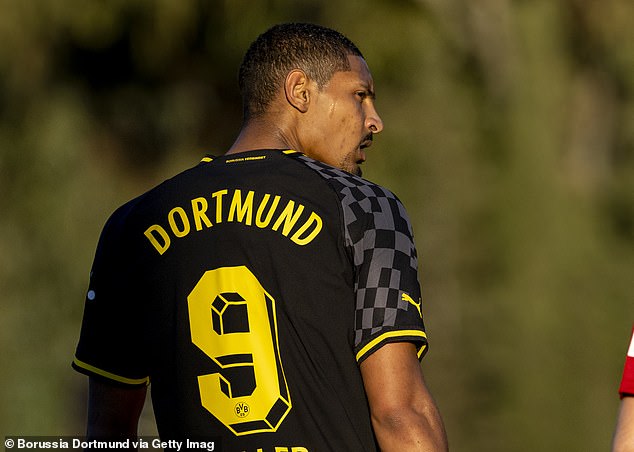 The striker is now set to make his Bundesliga debut on Sunday, six months after signing

Speaking to the Athletic ahead of his recent return to action, the former West Ham forward said: ‘I want to play as quickly as possible. There are no limits and restrictions on my involvement unless the medical staff tell me otherwise.’

‘I can do everything now that I used to to do before, that gives me great confidence. I took only 19 days off in the six months. It was hard but it’s my job and I love it.’

‘(Retiring) was never on my mind, I had the mindset of looking forward and take very day at the time. It was harder for my family, they suffered a lot because they didn’t feel in control. They helped me a lot.’

At his best, the striker scored 47 goals in 66 Ajax games. Dortmund will be hoping he can replicate that form in the Bundesliga as they look to improve on their current seventh place standing. 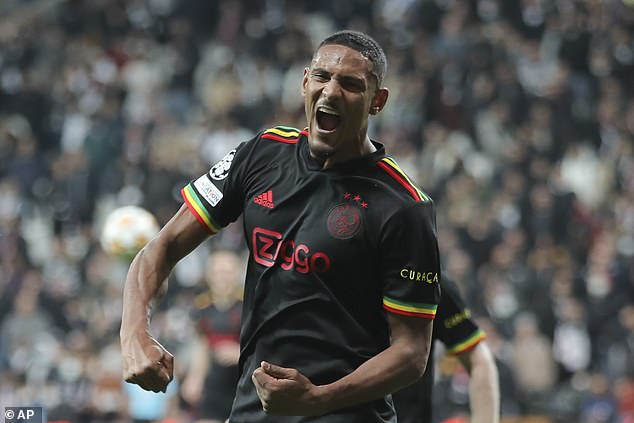