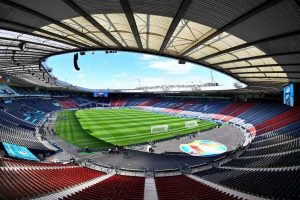 Scotland welcome the Czech Republic to Hampden Park this afternoon as the hosts play their first game at a major tournament in 23 years.

The two nations are joined in Group D at Euro 2020 by England and Croatia, who went head-to-head at Wembley Stadium yesterday as the Three Lions emerged 1-0 winnersthanks to a Raheem Sterling goal. England will now be clear favourites to win the group, but the remaining teams will know that one victory may be enough to carry them into the last 16 as one of the four best third-placed finishers. Scotland and the Czech Republic would both snap a hand off for guaranteed qualification for the knockout stages, but must instead look to come out on top in this afternoon’s meeting.

As most would argue that Croatia are still a level above both of these sides, it is fair to say that for the Scots and Czechs, this clash is each team’s most winnable. Scotland will look to captain and Liverpool left-backAndy Robertson for inspiration, as well as Aston Villa midfielder John McGinn and Arsenal defender Kieran Tierney, while the Czech Republic have talented West Ham pair Thomas Soucek and Vladimir Coufal among their ranks.

Scotland coach Steve Clarkebelieves his players can spring a surprise at Euro 2020, saying this week: “I think our recent record in international matches is good and we should certainly get more respect. We want to get better, we want to improve and we want to go into these matches against the top teams in Europe and we want to be really competitive. And we want to start doing what Scotland used to do many years ago, which is always have a result up our sleeve which would upset one of the big guns. Hopefully we can produce that in the tournament.”

Follow live updates from Scotland vs Czech Republic at Euro 2020 below:

Scotland and the Czech Republic both have strong squads ahead of their opening Euro 2020 match on Monday.

While Steve Clarke has his pick of the squad who qualified for the Euros, Jaroslav Silhavy is missing one star in Lukáš Provod.

The Slavia Praha star was ruled out of the tournament with a knee injury but aside from the midfielder Silhavy has an array of players to choose from. 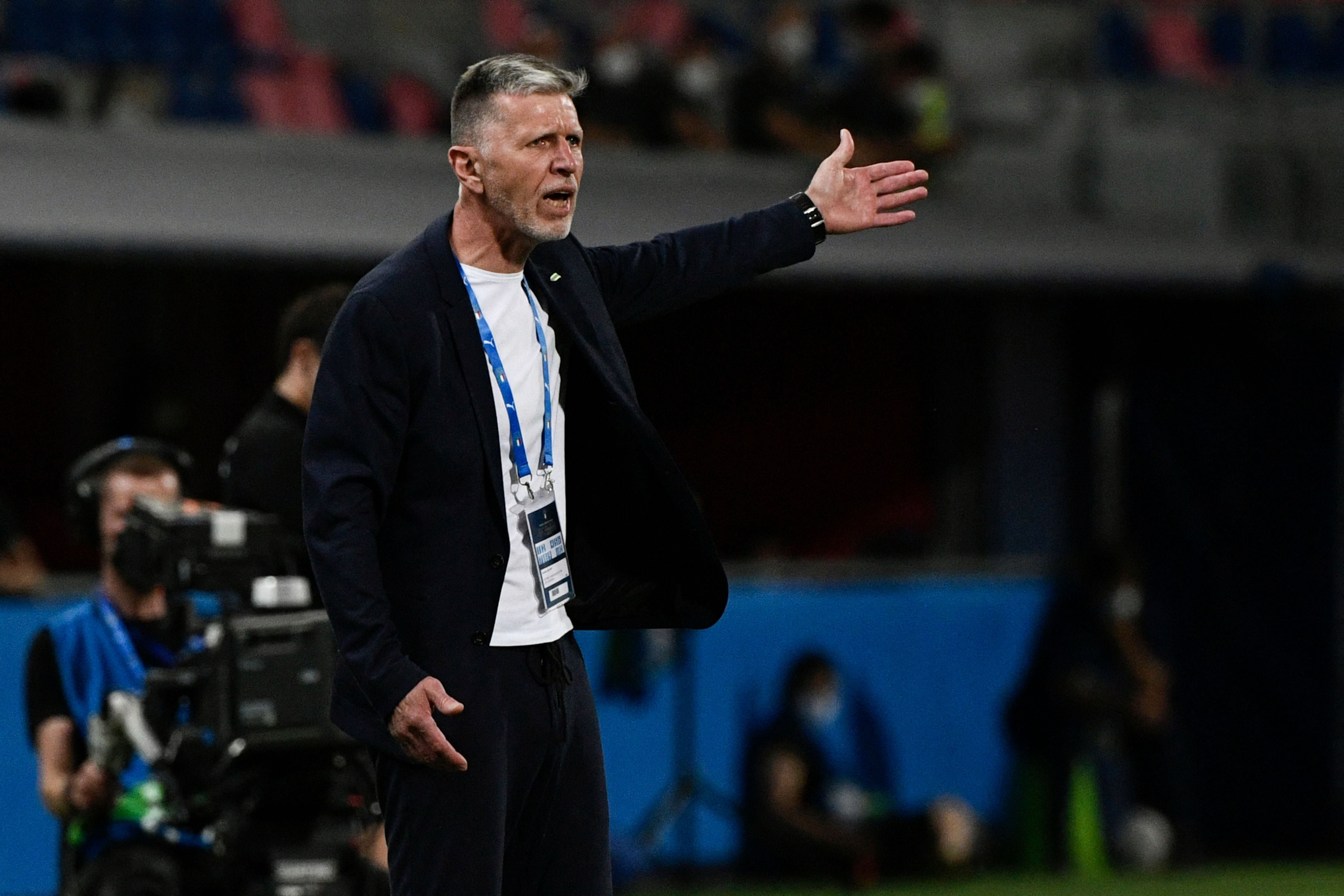 Everything you need to know about Scotland’s Euro opener

Scots set for first game at major tournament since 1998

Steve Clarke will on Monday oversee Scotland’s first match at a major competition since the World Cup in 1998, when some of his squad members were not even born.

They kick off their Euro 2020 Group D campaign at home to Czech Republic, making their seventh consecutive appearance at the European Championships, before facing England at Wembley and World Cup runners-up Croatia 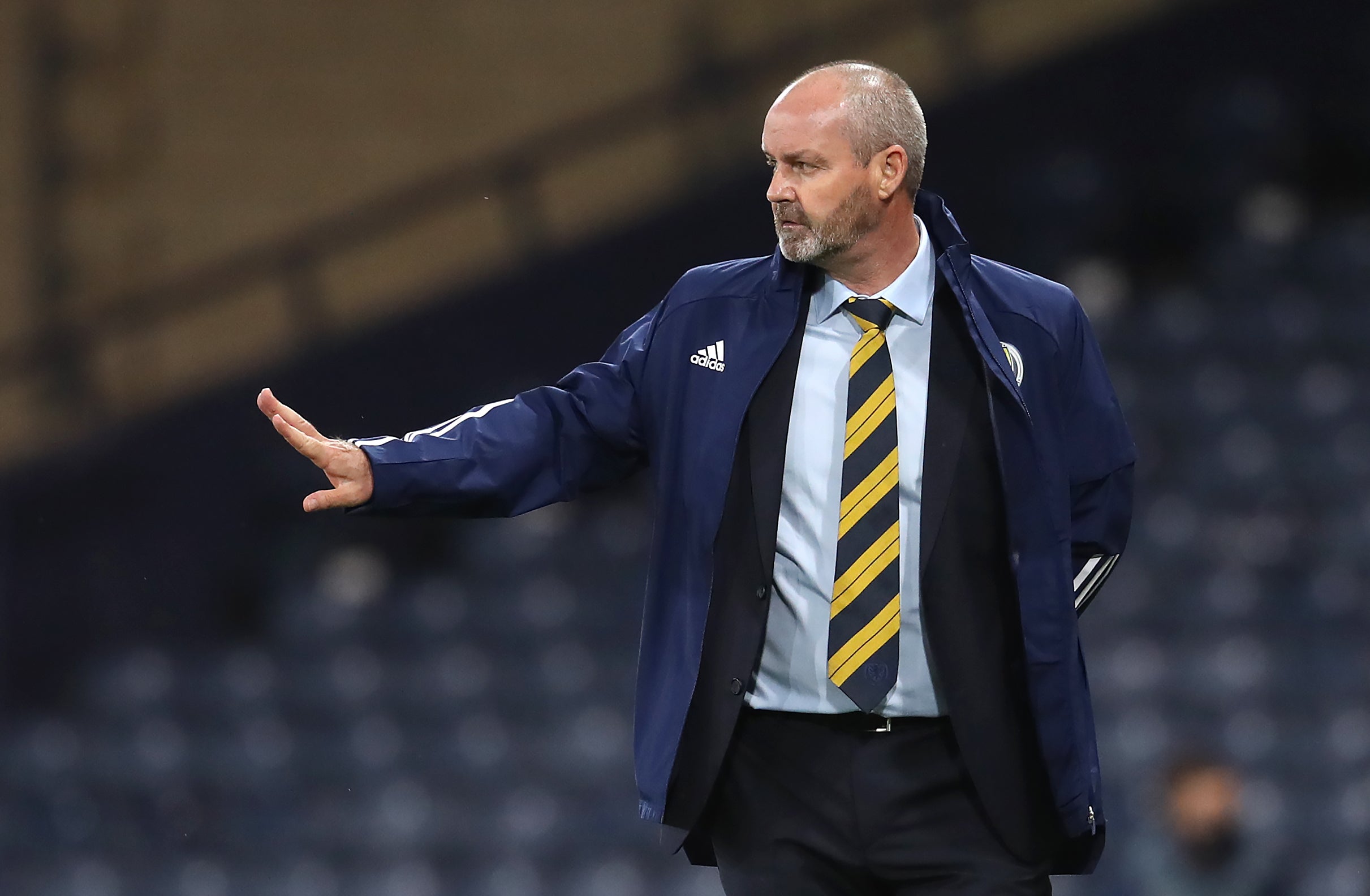 Scotland take on Czech Republic before going on to meet England and Croatia in Group D.

According to Gracenote, Scotland are ranked as the 16th most likely team to make it to the last 16 with a 57% chance of doing so. However, the chance of Andy Robertson lifting the trophy is just 0.5%.

The Czech Republic are the weakest of Scotland’s three opponents and the Scots are favourites to win with 40% chance of taking the three points and 68% chance of at least a point.

The Czech Republic will look to take inspiration from Slavia Prague’s run to the quarter-finals of the Europa League when they take on England, Scotland and Croatia in Group D.

Slavia defeated British opposition in Leicester and Rangers to reach the last-eight this season, where they were beaten by Arsenal, and the core of the Czech’s defensive unit is made up of those who represent the domestic champions – plus two of the Premier League’s most consistent performers from last term.

Tomas Soucek and Vladimir Coufal played key roles in West Ham’s best-ever Premier League campaign, with the arrival of the pair from Slavia central to the side’s improvement under David Moyes. 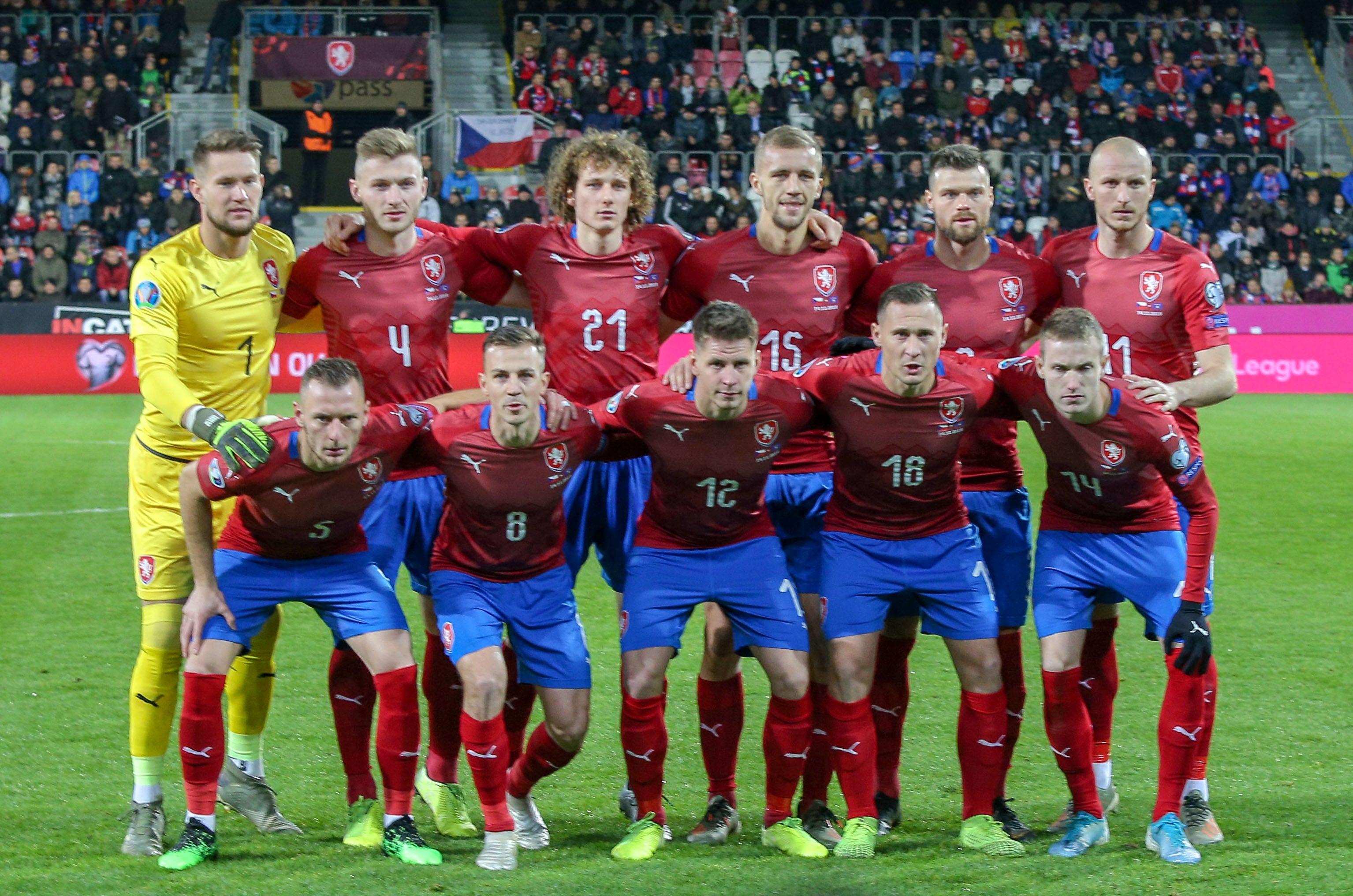 Czech Republic Euro 2020 squad guide, fixtures and ones to watch

A lack of firepower may cost them, but the Czech Republic will be a challenge to break down at the Euros this summer

Robertson calls for ‘belief’ in Scotland

Scotland captain Andy Robertson has urged his side to believe they belong on the big stage as they prepare to end 23 years of waiting.

Scotland face the Czech Republic in front of 12,000 fans at Hampden today in the men’s national team’s first major tournament since 1998.

Liverpool defender Robertson said: “Since the manager came in he’s always said we’re a good squad but lacking a wee bit of belief.

“Being able to qualify for a tournament for the first time in 23 years gives you belief you can do it again and go and perform in the big tournaments.”

Group D opened with England beating Croatia 1-0 at Wembley on Sunday thanks to a Raheem Sterling strike in the second half.

For the first time since 1998, Scotland have qualified for a major men’s international tournament, and with two group games at Hampden and a third at Wembley against England, the Tartan Army are dreaming of a landmark summer at Euro 2020.

The penalty shootout win over Serbia in November to secure qualification was not only a welcome moment of celebration in a dark winter for the country, but it also heralded the national team’s return to the international stage after years of mediocrity.

Like those who came before him over the past 20 years, Steve Clarke was appointed to do just that when he was named manager in May 2019, but there was little expectation even then that the former Kilmarnock boss could be the one to turn Scotland’s fortunes around. 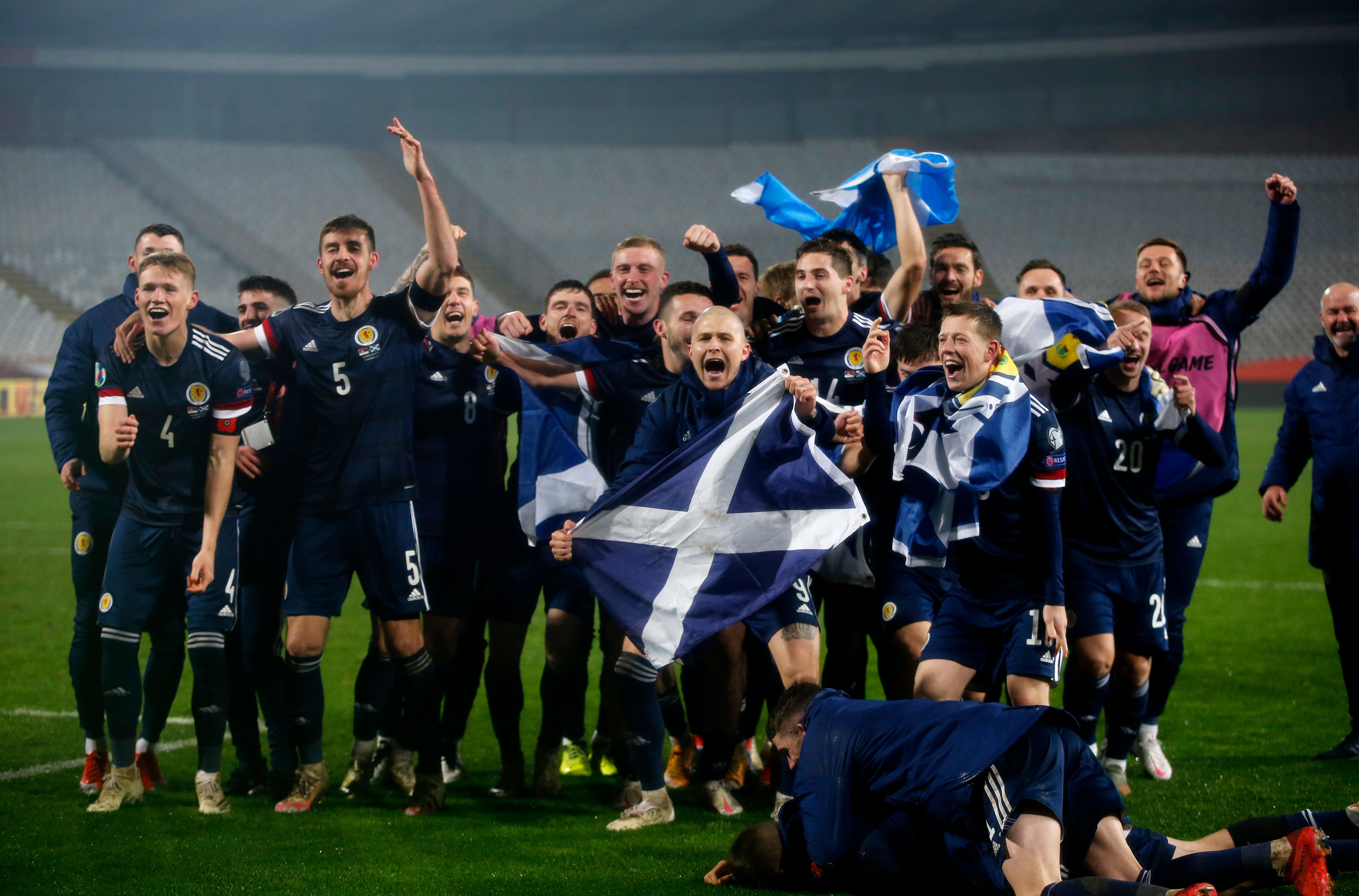 Scotland Euro 2020 squad guide, fixtures and ones to watch

In qualifying for their first major tournament in a generation, Scotland have already achieved their aim – but home fixtures at Hampden and a showdown with England ensures Steve Clarke’s side have everything to play for

Scotland head coach Steve Clarke says he has already decided on his starting XI to face the Czechs.

The Tartan Army have no injury issues but midfielder John Fleck will not feature in the opener having missed several days’ training after testing positive for Covid-19 at the pre-tournament camp in Spain.

Full-back Nathan Patterson and midfielders Billy Gilmour and David Turnbull all made their debut in the warm-up friendlies and staked a claim to start, but Clarke is expected to go with a more experienced starting XI.

The inside story of Scotland at Euro 96

Craig Brown knew he was being watched. The then-Scotland boss had been tipped off that a spy would be in the Wembley stands, taking notes to pass on to England manager Terry Venables ahead of their Euro 96 clash.

But El Tel’s man on the inside looking over Scotland’s pre-match preparations wasn’t some anonymous FA staffer who snuck into the stadium unannounced. It was John Motson, one of Britain’s most recognisable commentators.

Although in this particular game of subterfuge, Brown was one step ahead.

“We heard he [Motson] was in and he was very friendly with Terry Venables, so would be watching us – I was told Motson was spying, which is quite normal to spy on the opposition,” recalls Brown. 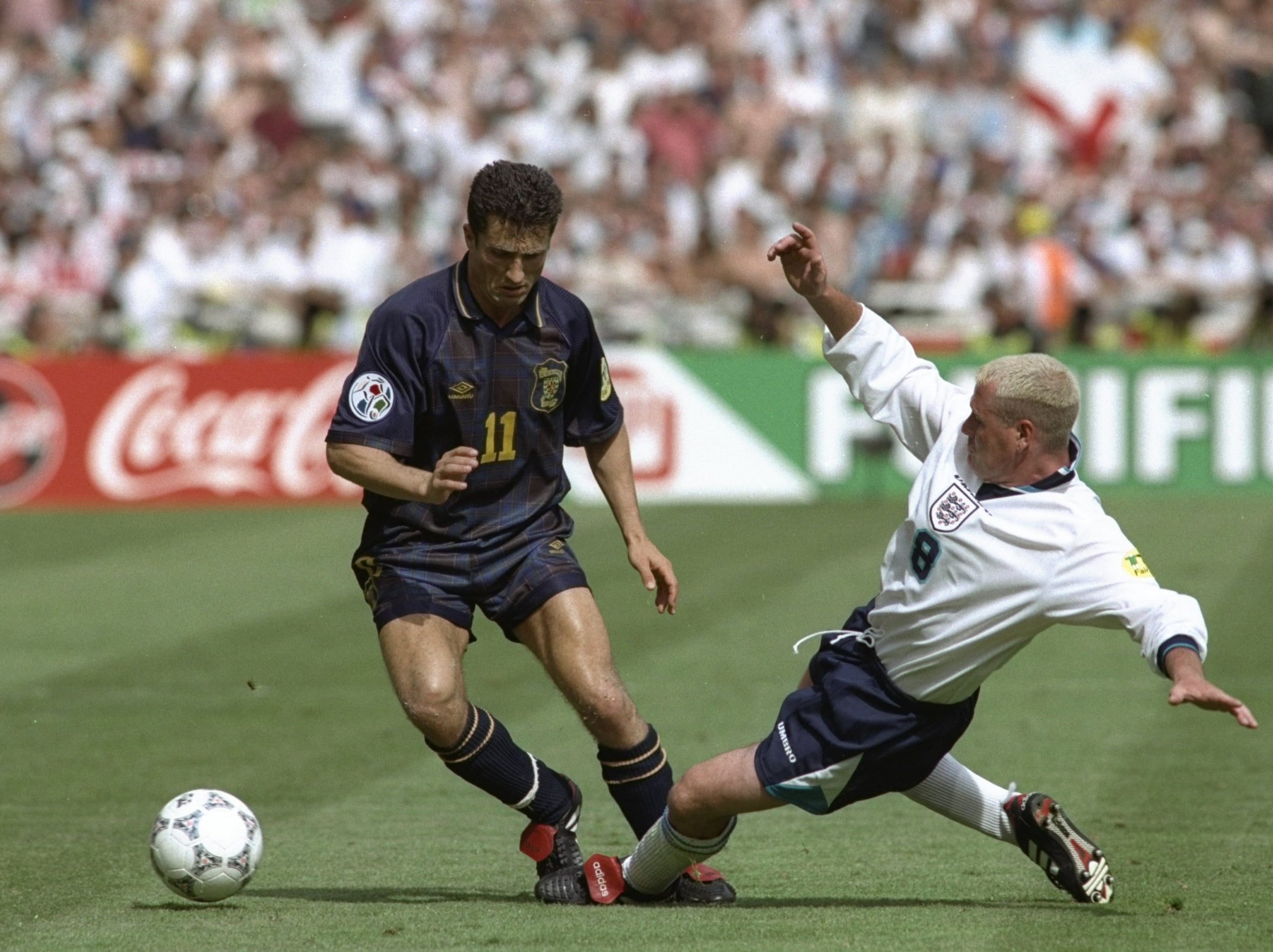 The inside story of Scotland at Euro 96

Craig Brown, who coached the Scots at the iconic tournament, recalls what made his team’s presence so special