Scotland set for lowest attendance for competitive fixture at Hampden

Scotland set for lowest attendance ever for competitive international at Hampden… with just over 10,000 tickets sold for San Marino clash

Scotland face performing in front of the lowest ever crowd for a competitive home international at Hampden on Sunday evening as the Tartan Army prepares to stay away from the Euro 2020 qualifier against San Marino.

As of Saturday afternoon, the Scottish FA was reporting ticket sales of just over 10,000 — a figure that includes those who took up season-ticket packages at the start of the campaign.

Scotland’s previous low crowd for a qualifier came in 1975 when just 11,375 turned out to watch a European Championships preliminary against Romania. 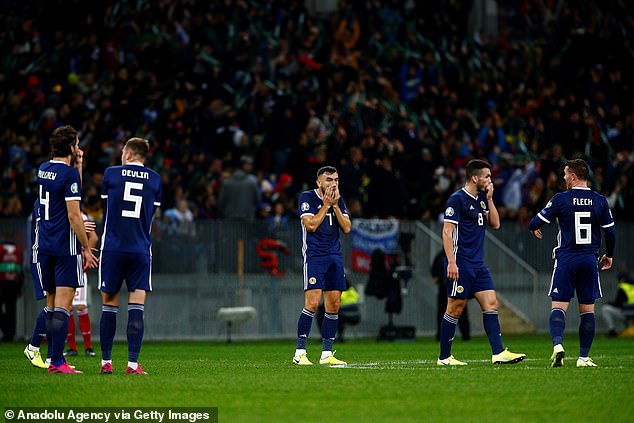 A 4-0 drubbing in Russia on Thursday — the team’s fourth consecutive defeat — has done nothing to improve demand and, with rain forecast on Sunday, the players face playing in front of a near empty Hampden.

National coach Steve Clarke is set to freshen up his side for the game, with Sunderland goalkeeper Jon McLaughlin in line for a first competitive cap in place of David Marshall.

Scott McTominay, available after suspension, is also likely to start while Lawrence Shankland and Ryan Christie, who started on the bench in Moscow, are also in the frame.

‘It was pre-planned, always going to be the case, that Jon would play,’ said Clarke. ‘David Marshall’s been the No 1 since I came into the job.

‘Obviously something might happen to David over the next few months, so you need to have another goalkeeper who has had some minutes on the pitch. 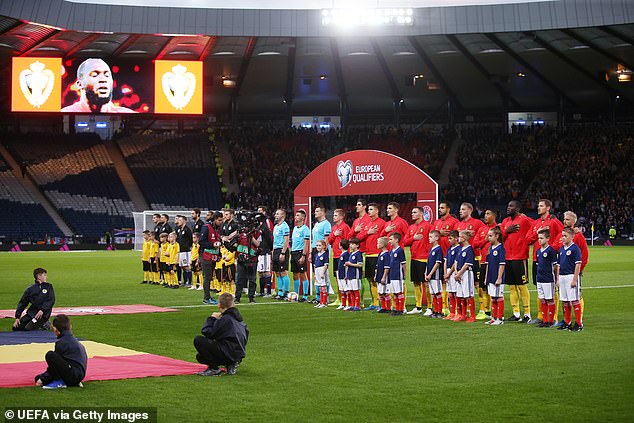 ‘I want Jon to have the experience of playing for the national team at Hampden. It’s important to take that chance.’

San Marino, themselves thumped 9-0 by Belgium in midweek, are the lowest of FIFA’s 210 ranked national teams, yet Clarke is wary of underestimating the team rooted to the bottom of Group I.

‘Yes, it would be nice to be able to give one or two a cap, but I have to look and decide which is the best team to get a result. 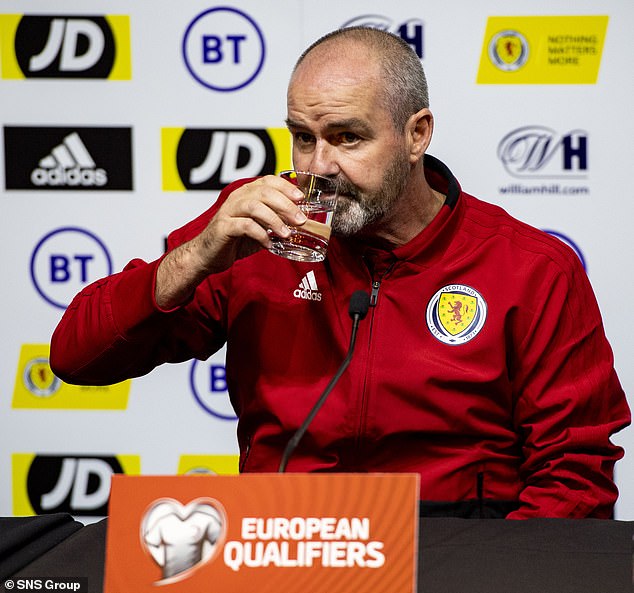