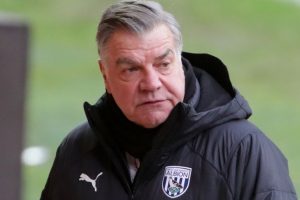 West Brom boss Sam Allardyce believes referees would be “torn apart” if they spoke about their decisions after games.

Allardyce is against officials publicly explaining their calls following matches or wearing live microphones during them.

West Brom were caught up in controversy during their 1-0 win over Brighton at the weekend when Lee Mason initially disallowed and then allowed Lewis Dunk’s goal before VAR ruled the goal out.

Mason had allowed Dunk to take a quick free-kick before blowing his whistle a second time as West Brom goalkeeper Sam Johnstone was not ready.

Dunk called the decision horrendous and criticised officials for not speaking but Allardyce believes it would only cause problems.

“They would get torn apart by people asking the questions and trying to put them into difficult positions to give an answer which may hinder their career,” he said.

“I’m not for a referee coming out (and speaking). They would have to go through years of training to put themselves in that position.

“Without any (media training) referees’ inexperience with talking live to camera would be very difficult for them to handle.”

Officials in rugby wear microphones and their decision-making is able to be heard during games while audio was released from Australian referee Jarred Gillett, who now officiates in the Sky Bet Championship, in his final A-League game in 2019.

Michael Oliver’s decision to award Chelsea a penalty against Manchester United in the 2018 FA Cup final was also previously released.

But Allardyce, who is battling to beat the Premier League drop with West Brom, feels any live microphones would put too much extra heat on referees.

“It would be putting far too much pressure on them again,” he said, ahead of Thursday’s visit of Everton.

“Support, training and coaching is the big responsibility for the whole PGMOL set-up to actually look at and say how can that be integrated better or help referees more.

“If it needs more money, the Premier League needs to put more money into it. We can’t get an instant solution for this. We have to spend some time making it better bit by bit and season by season.”