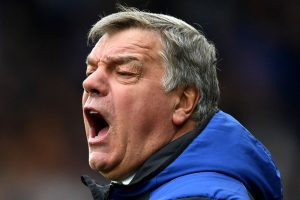 Sam Allardyce could make a shock return to Everton after reportedly holding talks with the club over their vacant manager's job.

The former England boss previously spent six months in charge at Goodison Park during the 2017/18 season and is said to still be highly regarded by senior club officials. According to the Daily Mail, Everton have held talks with Allardyce, with regards to replacing Frank Lampard, who was sacked by the club on Monday.

The report adds that Everton fear first choice replacement Marcelo Bielsa will turn them down due to doubts he has over taking on the job.

READ MORE: Frank Lampard sacked by Everton but wasn't a failure due to way club is run

As a result, the club are now weighing up whether to try and convince Bielsa to takeover or move on to other targets, which include Allardyce.

His first spell as manager began in November 2017 as he replaced caretaker boss David Unsworth following the sacking of Ronald Koeman.

Allardyce arrived at the club with Everton 14th in the Premier League and went on to guide the Toffees to an eighth place finish, just five points adrift of European qualification.

Who should replace Frank Lampard as Everton manager? Let us know in the comments section below.

During his time with Everton, Allardyce won 10 of his 26 matches across all competitions before leaving the club at the end of the season.

He has since only had one other managerial role, taking charge of West Bromwich Albion during the 2020/21 season but was unable to save the club from the drop, suffering the first top flight relegation of his managerial career.

Allardyce would return to Everton with the same task of avoiding relegation from the Premier League following Lampard's sacking this week.

Everton are currently only off the foot of the table on goal difference and sit in 19th place, two points from safety, after a winless run stretching back eight league matches. In addition, the Toffees have won just one of their last 12 in the Premier League.

Lampard's fate was sealed by an away defeat to fellow strugglers West Ham United on Saturday, with Paul Tait and Leighton Baines currently tasked with taking training until a replacement in appointed. Everton return to action at home to Arsenal on February 4.