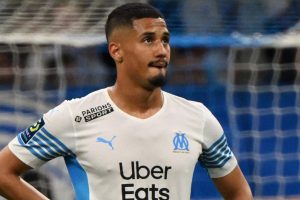 Arsenal boss Mikel Arteta has told William Saliba that he "has to come back" from his loan spell at Marseille, despite claims that the Frenchman wants to remain in Ligue 1.

Saliba was signed in 2019 but is still yet to make a league appearance for Arsenal, and there have been question marks raised over his future as he continues to be snubbed by Arteta. But the decision to loan Saliba to Marseille has been a masterstroke this season, and he has even been called up to the French national team as a result.

The loan star has helped Marseille qualify for the Champions League, and has hinted that he would be happy to play out the next season with the French side. But Arteta has told the star that he "has to come back" despite his wishes.

While Marseille qualified for the Champions League, Arsenal missed out right at the end of their Premier League season. And Saliba has hinted that he wants to stay in France as his war over playing time at Arsenal continues. But Arteta has responded as he told RMC: "William Saliba has to come back. He has the experience to be competitive with us. We sent him to Marseille for his growth.

"William wanted to be regular starter as you know but now we want him back at Arsenal." Arteta's words come after Saliba hinted that he wanted to stay in Marseille after their final Ligue 1 game of the season.

Speaking after Marseille's emphatic win on the final day, Saliba said: "I want to come back and play the Champions League. I have never played in it and I want to discover it here."

And Saliba has developed massively since moving to Marseille, and was even given the award for young player of the season. And after winning the special accolade, Saliba said: "It's an honour, a source of pride. I dedicate this trophy to my team-mates, my club and the supporters.

"Did I play my last match with Olympique de Marseille? I don't know. The future will tell us. The most important thing is to confirm this good season by qualifying for the Champions League. Afterwards, we'll see."

Of course, Arsenal hold the power, and Saliba is under contract at the club whether he likes it or not. But despite his love for Marseille this season, the move have clearly done wonders for him as a player.