Saka hopes to fire England to glory at Euro 2020 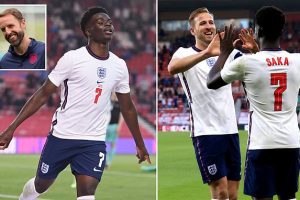 Bukayo Saka is hoping to live up to his ‘little chilli’ moniker and prove to be England’s hot-shot at the European Championship.

The 19-year-old Arsenal winger scored his first senior Three Lions goal in the warm-up win over Austria last week but it remains to be seen if he will be included in the starting line-up to face Croatia in England’s Euro 2020 opener at Wembley on Sunday.

Saka enjoyed a fine personal season in a disappointing campaign for the Gunners, leading to his nickname becoming common knowledge after Arsenal captain Pierre-Emerick Aubameyang coined the name in French – le petit piment’. 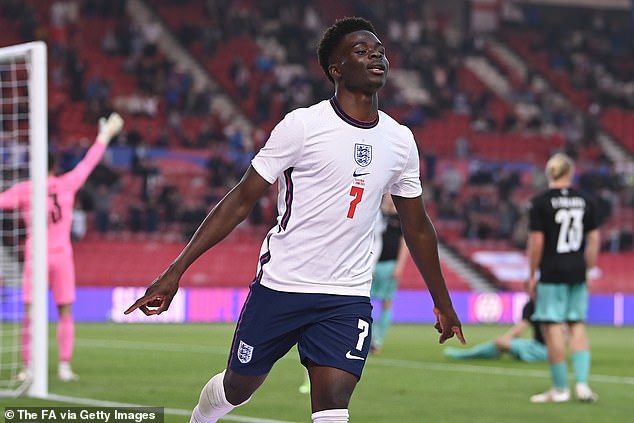 Aubameyang would also gift Saka with a personalised, jewel-encrusted chilli after Arsenal’s FA Cup win in 2020.

‘It started from Auba,’ he replied when asked about the ‘little chilli’ nickname,

‘He said it in French. We’re doing one finishing drill one time in training and he kept staying it, and I kept scoring, I was shooting with so much power and he was calling me little chilli in French.

‘I didn’t know what it was. I asked him after and he told me it means little chilli. From then on he kept calling me it and then it became a thing, and now it’s a big thing, a lot of people call me it, and make it my nickname. 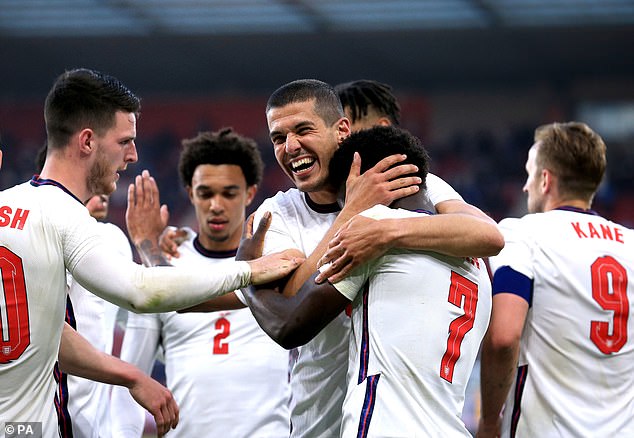 ‘Of course, he got me the nice chain he promised he would get me if we won the FA Cup – it’s a show of how great a character he is and how important he is for me and I’d say for the team in terms of the happiness and the vibes in the dressing room.

Saka’s own name could also be a sign for how much he will enjoy being part of the Euros. ‘It means God has added joy to my life. Joy, happiness, the same,’ he said of the name Bukayo.

‘I am really excited, happy to be here. I have been given an amazing opportunity to play in a major tournament so every opportunity I get I am just going to give it my best.’ 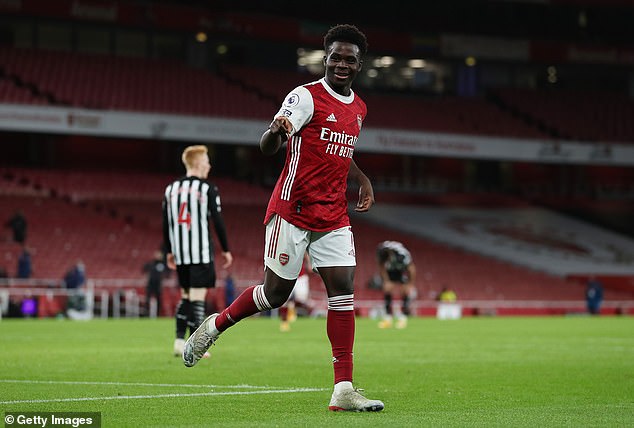 Despite being handed his Arsenal debut by Unai Emery and flourishing under Mikel Arteta, Saka puts his development in north London down to Freddie Ljungberg.

The former Arsenal favourite worked with Saka during his progression through the ranks and during a short stint as interim boss in 2019 but is still offering advice today.

‘He has been really good with me,’ Saka said of Ljungberg.

‘All the way to the under-23s he was still pushing me and even in the first team he was still helping me. Even till today. He has had a big influence on my career. 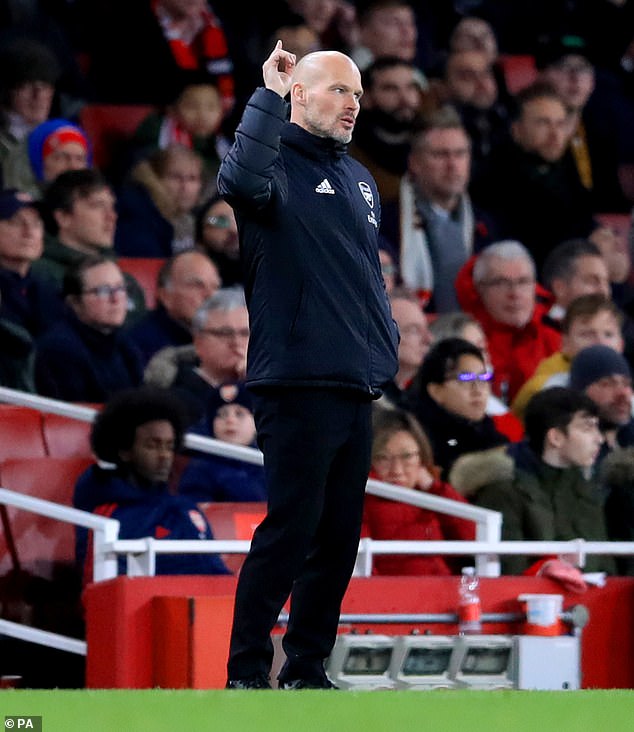 ‘He says different things. Because he was a winger himself he had a lot of experience himself and learning points to give me.

‘He texted me the other day when I scored. He wrote, ‘congratulations, and make sure you pack a few things that you would do at home and that will keep yourself entertained’.

‘Because we have a good team he said he thought we were going to go far and be here a long time. Because we would have a lot of free time he wanted to make sure I would keep happy.

‘It is not just the football side, he is a man who helps me with my personal life as well. He is such a top guy and I really appreciate that message from him.’