Saka flourishing for England and Arsenal after Euro 2020 heartache 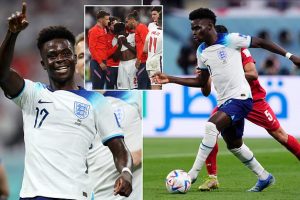 SAMI MOKBEL: ‘Little Chilli’ is the hottest ticket in town! Humble Bukayo Saka is flourishing for England and Arsenal after last year’s Euro 2020 final heartache. He’s slowly becoming a national treasure – and NO ONE is more deserving

You will be hard pushed to find anyone with a bad word to say about Bukayo Saka.

Not because of what happened at the Khalifa International Stadium on Monday night. Not because he is emerging as an exceptional talent for club and country.

The unassuming kid from Ealing, west London, is becoming a national treasure and no one is more deserving. 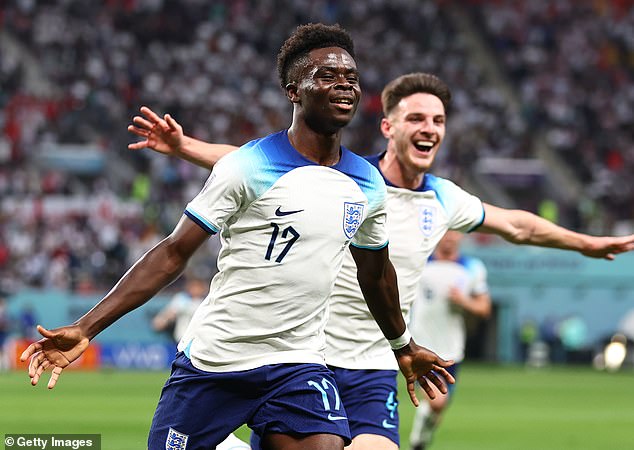 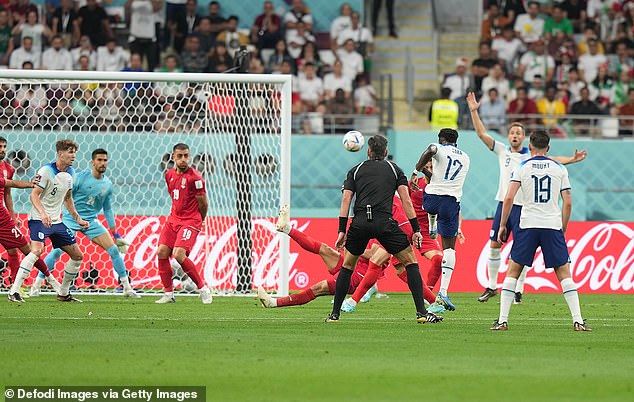 His two goals in England’s World Cup opener against Iran on Monday catapulted Saka to global prominence. But you won’t notice a change in his behaviour. There’s no ego that needs tempering, he will continue to go quietly about his business as he always has.

That humble manner is exactly why Saka is destined for the very top. He is a manager’s dream. On the training ground he is desperate to learn and attentive to every piece of advice given to him. Mikel Arteta and Gareth Southgate will vouch for that.

But on game day, more often than not, he is too hot to handle. There is a reason why departed Arsenal captain Pierre-Emerick Aubameyang nicknamed him ‘Little Chilli’.

Yet it is his resilience that is arguably most impressive. His brace against Iran capped the most turbulent 18 months of Saka’s fledgling career.

The fallout from his decisive penalty miss in the European Championship final shootout loss to Italy in the summer of 2021, and the disgusting racist abuse that followed, is well-documented. It will be those same idiots eulogising over his performance here in Qatar this week. 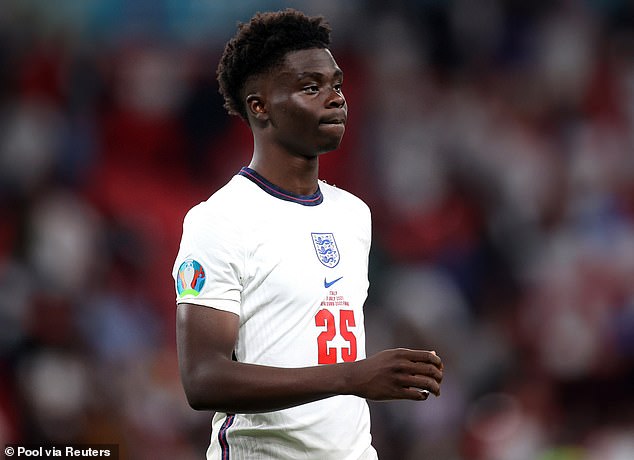 ‘It’s unbelievable what he’s done, it says everything about his strength of character,’ said his England team-mate Declan Rice.

‘You saw what happened last summer, everyone was with him then. He is flourishing with Arsenal, he is playing with a smile on his face. You see him around the training ground, he is the happiest person around the place. We are all so happy for him.’

The manner in which Arsenal allowed Champions League qualification to slip from their grasp last season took a mental toll on Saka.

The 21-year-old is desperate to play in European football’s elite club competition and whether Arsenal can finally break into the top four this season will be a key factor in their attempts to get Saka to sign a new contract.

Although there was a sense of pride at Arsenal that one of their own was the star of the show this week, it is dawning on those behind the scenes at the Emirates that there could be complications ahead if Saka’s tournament continues to head in its current trajectory. If rival clubs didn’t know about Saka, they most certainly will now.

That will come at a huge cost for Arsenal, to the tune of £200,000 a week minimum. If they aren’t willing to pay that, there are clubs who are. 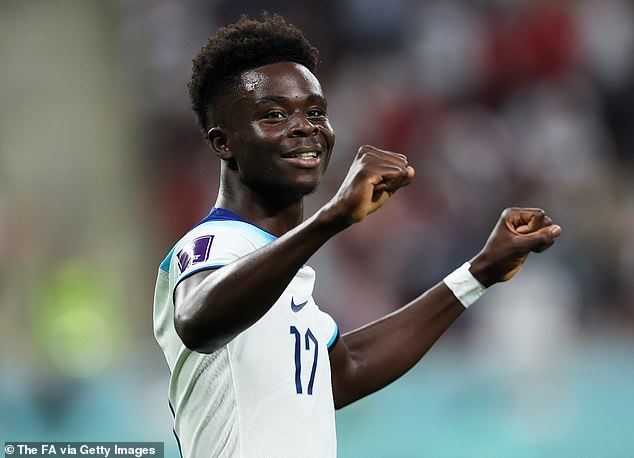 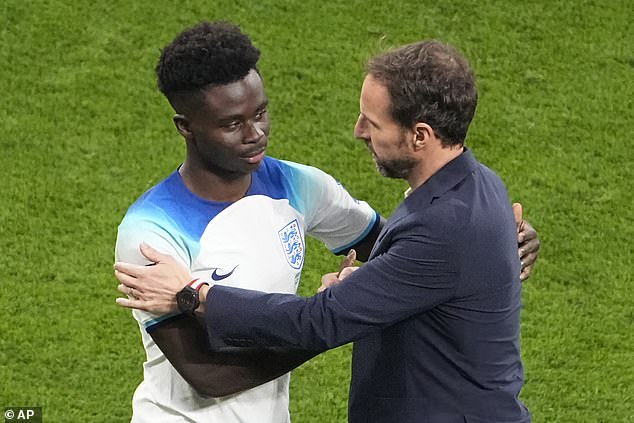 But that is all for the future. The present is all about Saka and the way he has fought back from the depth of despair.

‘I’ve had a couple of long chats with him early in the season,’ said Southgate. ‘He’s had great support as well from Mikel and everybody at Arsenal. He was England player of the year last year, so I think the most important thing he felt was the warmth from the fans.’

But although Southgate and Arteta should be applauded for the way they have handled Saka since that devastating night at Wembley, it is his family from which the forward finds his true inner strength. His parents Adenike and Yomi, who were both in attendance to see their son play against Iran, have provided Saka with constant guidance.

The significance of discipline and education was drummed into Saka from an early age, their influence on his mindset is there for all to see. He clearly listened too, achieving four A*s and three As in his GCSEs.

Saka could have been anything he wanted — we should all be grateful he chose football.