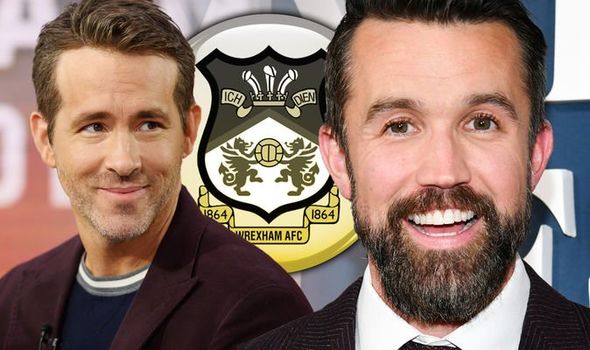 Hollywood megastars Ryan Reynolds and Rob McElhenney are on the verge of completing their takeover of National League side Wrexham AFC after the pair’s bid was approved by the club’s supporters trust.

McElhenney, known for creating and starring in American sitcom ‘It’s Always Sunny in Philadelphia’ joined with ‘Deadpool’ star Reynolds to propose the purchase of the Welsh side.

They are set to invest £2million into the club as soon as the deal is officially confirmed.

The pair gave a mission statement to fans after proposing their vision in a virtual presentation, and outlined how they plan to take the club forward on and off the pitch.

The two confirmed they intend to attend matches as regularly as work commitments allow them. 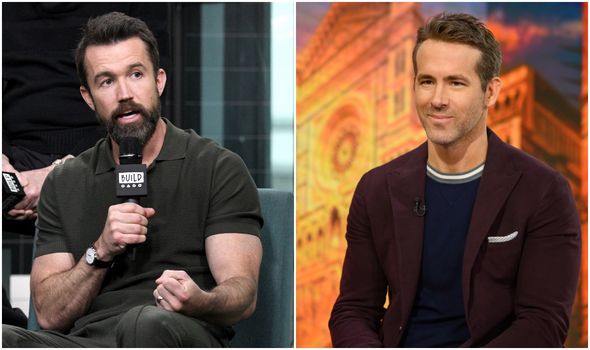 After the news was confirmed, both actors tweeted a photo of the club badge with the caption: “Wrexham Is The Name.”

They then posted a half-spoof half-serious video to the club’s official twitter page, in which they joked about one of the club’s sponsors before thanking fans for their support.

“You may have never heard of Wrexham, the racecourse ground or [the sponsor], but you will.

“To the Wrexham Supporters Trust, thank you for your faith and trust in us.

“We’re humbled, and we’re already getting to work.”

In a club statement, Wrexham confirmed the ‘RR McReynolds Company, LLC, will take 100% ownership of the club and have full control.

The deal was backed by the supporters’ trust, and is now subject to a final agreement, as well as confirmation from the FA and the National League.

The club confirmed: “We are now in a position to confirm the result of the vote, which has been independently verified by Mi-Voice, the company assisting the Trust in the process. As can be seen in full detail below, members have voted FOR all three resolutions.

“As such – subject to final agreement, league and FA confirmation – the RR McReynolds Company, LLC will take 100% control of Wrexham Football Club Limited from the WST.

“Both parties will now proceed with finalising the details of the takeover, and we will update Wrexham supporters as soon as we can.

“The Wrexham Supporters Trust Board would like to thank Mr Rob McElhenney and Mr Ryan Reynolds, and their advisors Inner Circle Sports and Walker Morris, for their professional and considered approach and for the time they have already put into the process.

“As Wrexham supporters, we would like to wish them the very best of luck in charge of our Football Club and look forward to what the future brings.

“We would also like to thank our advisors, Sheridans, Mackenzie Jones, BDO and Rob Parry, for their assistance throughout the process.

“Finally, to WST members, we would like to thank you for all your support since we took control of the Football Club in 2011.

“We will update supporters in due course as to the future plans for the Wrexham Supporters Trust.”