Roy Keane’s ‘fears’ after talks with Celtic over managerial return 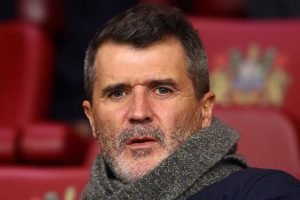 Manchester United legend Roy Keane reportedly fears he has missed out on the Celtic job after holding talks over a potential return to management.

The former Scottish champions saw Neil Lennon resign earlier this season with the title slipping out of their hands.

Former Bournemouth boss Eddie Howe is believed to have been interviewed over the role, and remains the club's top target.

However, Howe wants to bring former Bournemouth technical director Richard Hughes with him.

According to The Sun, Keane is apparently nervous that he's missed out on the role due to Celtic's stance over Howe.

Keane apparently views it as his dream job, having supported the team as a youngster and having played briefly for them at the end of his career.

Former Borussia Dortmund boss Lucien Favre, who was fired earlier this season, is apparently eager to take the role if it becomes available.

John Kennedy is currently in the role, but isn't expected to stay past the end of the season.

Keane hasn't managed since a stint with Ipswich Town in 2011, having had stints as assistant boss at both Aston Villa and Nottingham Forest.

But Graeme Souness believes the iconic midfielder is the ideal man for the top job at Parkhead.

He said: "He is desperate to get back.

"He's a football man and I have spoken with him about returning to management.

"He is very keen to do that.

"Can you imagine how good it would have been if it was Roy Keane vs Steven Gerrard in Glasgow.

"All of a sudden, it wouldn't just be Scotland, Ireland and a wee bit of England talking about Scottish football, the world would be talking about it."