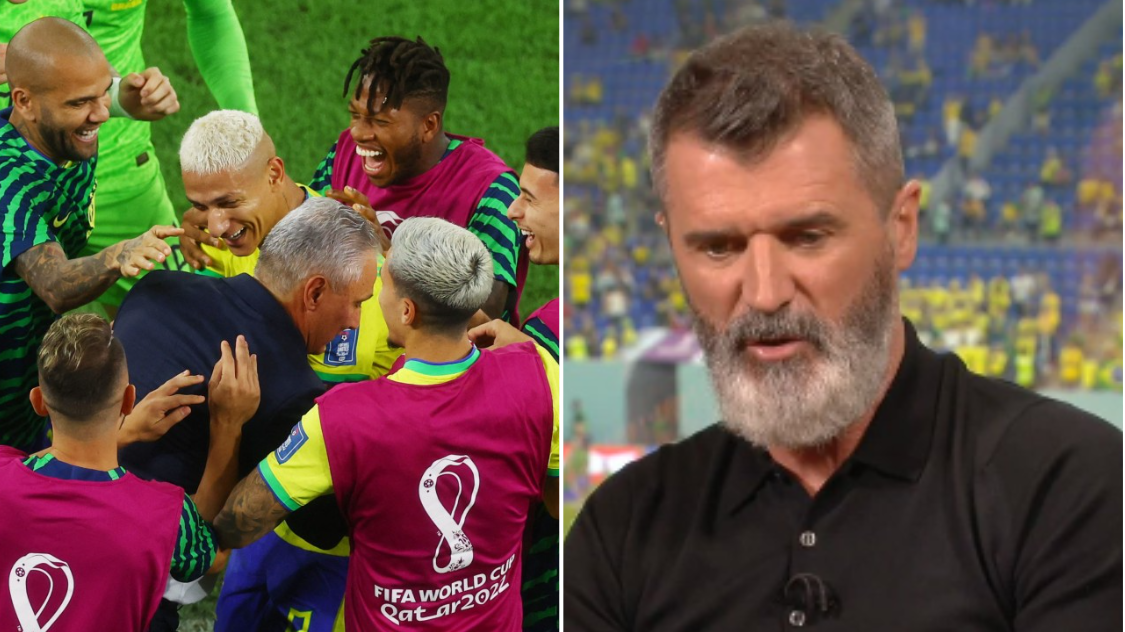 Roy Keane has torn into Brazil’s players and manager Tite over their ‘disrespectful’ goal celebrations as they put South Korea to the sword in their World Cup last-16 clash.

The free-flowing Selecao reasserted their credentials as pre-tournament favourites with a pulsating first-half display at Stadium 974 in which they netted four outstanding goals.

Vinicius Junior started the rout after just seven minutes before Neymar doubled the scores not long after from the penalty spot.

After each goal all of Brazil’s players – and even some subs – formed a massive circle and started jumping up and down before breaking away to bust out a few dance moves.

Things got progressively more jovial as the goals flew in, with Richarlison running over to the dugout after his strike – the third of the match – to do his trademark pigeon impression with manager Tite joining in.

West Ham’s Lucas Paqueta also busted out a few moves when he netted Brazil’s fourth goal, but by that stage Manchester United legend Keane felt the celebrations were becoming disrespectful and hit out at the South American side at half-time.

Asked if Brazil’s celebrations were ‘mickey taking’, Keane said on ITV: ‘Yeah, I don’t like this.

‘[Fellow pundit] Eni [Aluko] has made the point about culture and it’s their way, but I think it’s really disrespectful to the opposition.

‘It’s 4-0 and they’re doing it every time. I don’t mind the first little jig or whatever it is they’re doing.

‘It’s the one after that, and then the manager getting involved in it! I’m not happy with it. I don’t think it’s good at all. Disrespectful.’

Ally McCoist was on punditry duty for the match and disagreed with Keane’s assessment, feeling that the celebrations simply matched the joyous football Brazil had produced in a stunning first-half display.

‘I can see Roy’s points but I don’t have a problem with it honestly, particularly when it’s the brilliant Brazilians,’ said the Scot.

‘Maybe it’s wrong to say that only they should be doing it, that’s not the case, I just think the way they’ve performed it just kind of goes hand-in-hand with their football. So I don’t think there’s anything too wrong with it.’